Education minister will announce Wednesday how $260 million in federal money for schools is to be spent
Sep 1, 2020 2:04 PM By: Canadian Press 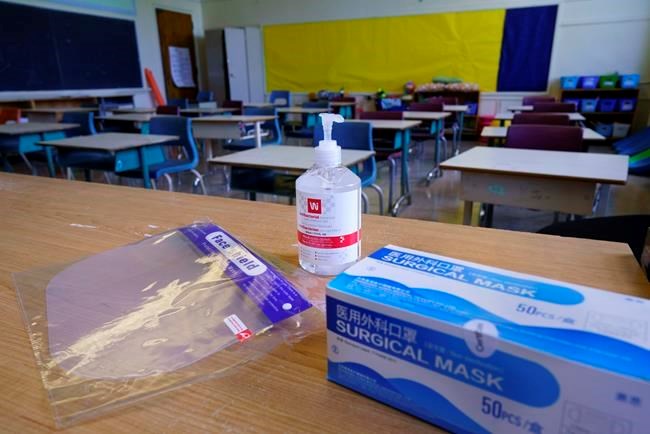 Alberta Premier Jason Kenney says he's accepted all along that COVID-19 infections in schools are inevitable and that's no reason to keep classrooms shuttered.

His remarks come after a school in Okotoks, south of Calgary, delayed its planned reopening because a staff member was diagnosed with the novel coronavirus.

At another school in Calgary, the principal, assistant principal and administrative secretary were forced into a 14-day quarantine after someone at the school tested positive.

Kenney says the province's chief medical health officer, Dr. Deena Hinshaw, did not come up with school safety guidelines arbitrarily but based decisions on the most up-to-date research.

He says Education Minister Adriana LaGrange will announce Wednesday how $260 million in federal money for schools is to be spent.

He estimates it would cost $4 billion to cut class sizes in half, so calls to do so are actually proposals to keep schools shut.

"We appreciate the additional federal funding, but there is no world in which you could reduce class sizes in half and reopen the schools for the current school year," Kenney said.

"It's simply fictitious. It has nothing to do with reality."

This report by The Canadian Press was first published Sept. 1, 2020

Kehewin confirms first COVID-19 case
Sep 19, 2020 11:15 AM
Comments
We welcome your feedback and encourage you to share your thoughts. We ask that you be respectful of others and their points of view, refrain from personal attacks and stay on topic. To learn about our commenting policies and how we moderate, please read our Community Guidelines.