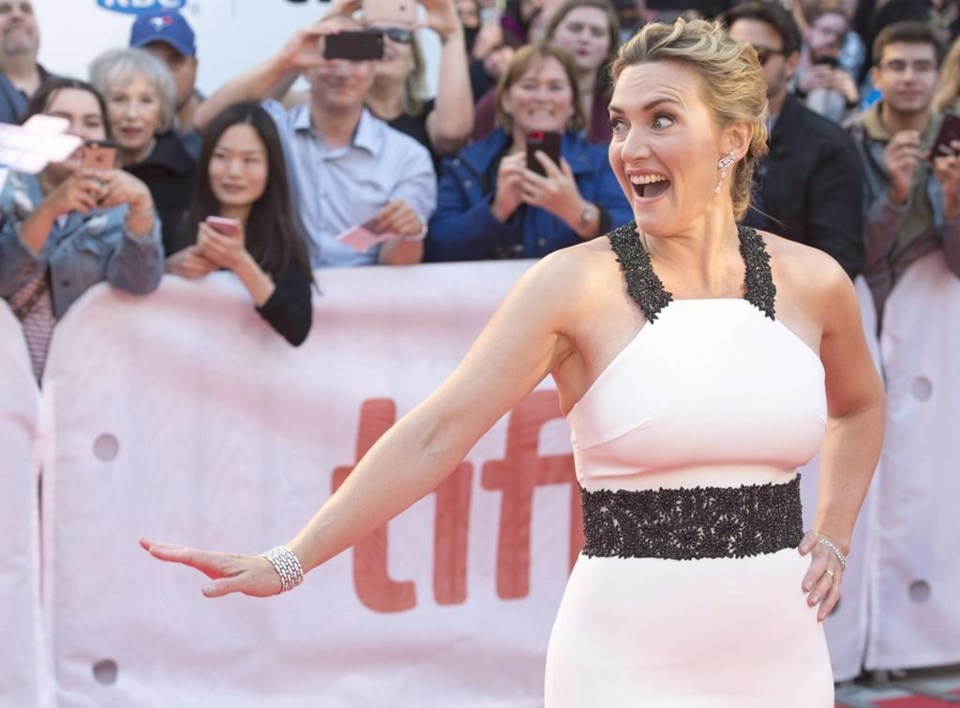 TORONTO — The Toronto International Film Festival enlisted the help of some of Hollywood's biggest names to recreate its usual glamour on a virtual stage at a star-studded awards fundraiser Tuesday night.

Many of the film industry's finest offered video toasts to cinematic achievement before a theatre full of empty seats at the second annual TIFF Tribute Awards, which were held virtually this year because of the COVID-19 crisis.

Legendary filmmaker Martin Scorsese kicked off the proceedings with an impassioned speech about the importance of festivals at a time when the pandemic has forced people apart.

"It's becoming sadly common to see cinema marginalized and devalued, and in this situation, categorized sort of as a form of comfort food, so to celebrate its very existence is all the more important and necessary," said Scorsese.

"We can never remind people enough that this remarkable art form has always been and always will be much more than a diversion."

In an interview ahead of the awards ceremony, Winslet said she has been very impressed with how organizers have managed to move much of the festival online.

The "Ammonite" actor said she hoped that some of these technological innovations will be integrated into future festivals to reduce the environmental footprint of flying people in from across the globe.

"In terms of the co-ordinating of my real life and still being able to honour my commitments to the festival, it's been wonderful," Winslet told The Canadian Press by phone.

However, Winslet acknowledged that it's hard to digitally recreate the boost that smaller independent films can get from a platform as big as TIFF.

It's something she has benefited from in her long history with the festival. In a sense, Winslet said winning the TIFF Tribute Award feels like coming "full circle."

In 1994, Winslet's first film "Heavenly Creatures," directed by Peter Jackson, won a media award at TIFF despite causing a stir at the time for its depiction of same-sex desire.

Last Friday, TIFF hosted the world premiere of "Ammonite," which stars Winslet and Saoirse Ronan as two women who fall in love while searching for fossils on the craggy shores of southwest England in the 1840s.

"It's wonderful to be able to contribute to this very important evolving ongoing conversation and how the world views LGBTQ people in their relationships by telling their stories in a way that normalizes them, and expresses same-sex love without fear," said Winslet.

"To be part of this film, 'Ammonite,' and expressing that level of affection for someone of the same sex has truly been one of the most joyful experiences of my career."

TIFF typically marks an important early stop on the long road of an Academy Awards campaign, and "Ammonite" looks to be no exception.

However, the Oscars conversation may be a little different this season between COVID-19 complications and anticipation of impending changes to the best picture category.

Earlier this month, the Academy of Motion Picture Arts and Science announced that starting in 2024, best picture contenders must meet new eligibility criteria aimed at addressing the representation of gender, sexual orientation, race, ethnicity and disability both in front of and behind the camera.

While Winslet welcomes the move, she wants to see more initiatives like it — the sooner, the better.

"It should have happened a long time ago," said Winslet. "Change only happens when you actually commit to the changes, and it's incredibly important."

Another film generating early Oscars buzz is "The Father," which stars Hopkins as a man losing his memory as his daughter, played by Olivia Colman, struggles to care of him.

However, Hopkins said he lives in a state of "non-expectation" as far as awards are concerned. Even the TIFF recognition comes as a pleasant surprise, he told The Canadian Press.

"I'm glad they're still doing (festivals) in this odd way," Hopkins said in a phone interview from Los Angeles last week. "It's so strange to not be there."

Oscar-nominated composer Terence Blanchard was recognized with the TIFF Variety Artisan Award, while filmmaker Mira Nair was honoured with the Jeff Skoll Award in Impact Media.

Following the premiere of her debut feature, "Beans," at the festival, Mohawk director Tracey Deer received the TIFF Emerging Talent Award. Selected by TIFF and MGM, the honour celebrates a woman who is making groundbreaking strides in the industry.

Canadian hitmaker Shawn Mendes lent his musical talents to the festivities with a pared-down piano performance of Stevie Wonder's "Love's in Need of Love Today."

The TIFF Tribute Awards aims to celebrate standout creators in the film industry while raising money for TIFF's year-round programming. The gala was broadcast by CTV in Canada, while Variety magazine streamed the event internationally.