Response to the coronavirus and a protest-for-hire; In The News for Jan. 23 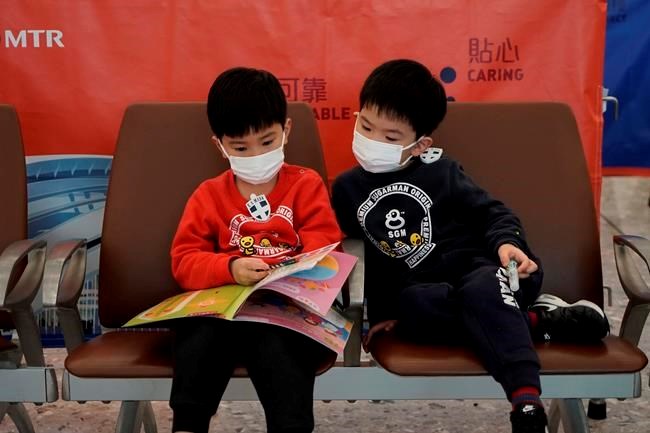 In The News is a roundup of stories from The Canadian Press designed to kickstart your day. Here is what's on the radar of our editors for the morning of Jan. 23 ...

Canadian public health agencies are ramping up preparations to deal with the coronavirus as the World Health Organization prepares to give more information on whether to declare the outbreak in China a global health emergency.

The organization's expert committee is to continue its meeting for a second day today.

The city of Wuhan, China, has shut down outbound flights and trains as the country battles the spread of the new virus that has sickened hundreds of people and killed 17.

An official state-run news agency says the city has also asked people not to leave without specific reasons.

There have been no cases reported in Canada, but public health officials say they would not be surprised if the virus does make its way here — or already has.

Dr. David Williams, Ontario's chief medical officer of health, says the virus comes from the same family that can lead to the common cold, and caused the outbreak of SARS about 17 years ago that killed at least 774 people worldwide, including 44 in Canada.

VANCOUVER — Lawyers for Meng Wanzhou are set to reply today to Crown arguments as the first phase of an extradition hearing for the Huawei executive draws to a close.

The British Columbia Supreme Court hearing this week has focused on the legal test of double criminality, or whether the conduct Meng is accused of would also be a crime in Canada.

The United States has charged Meng with fraud over allegations she lied to HSBC about Huawei's relationship with an Iran-based subsidiary, putting the bank at risk of violating American sanctions.

Her arrest in December 2018 at Vancouver's airport set off a diplomatic uproar with Beijing detaining two Canadians and restricting some imports in moves widely viewed as retaliation.

The defence has argued the allegations aren't criminal in Canada because the country has no sanctions against Iran, but the Crown says Meng's alleged lies put the bank at financial risk regardless.

If Justice Heather Holmes rules there is double criminality, then the hearing will proceed to a second phase in June, but if she finds the legal test hasn't been met, Meng will be free to leave Canada

Democrats alleging a "corrupt scheme" by Trump involving Ukraine are trying to win over not just fidgety senators but an American public deeply divided by Trump's actions.

Prosecutors are relying on the same loops of videotaped testimony after Trump's allies in the Republican-controlled Senate blocked new witnesses.

The repetition as well as the long hours in back-to-back days of proceedings have left some senators yawning, stretching and pacing.

Each side has 24 hours over three days to make its case. Trump's team is eager for its turn, likely to begin on Saturday.

New South Wales Premier Gladys Berejiklian confirmed the crash deaths in the state's Snowy Monaro region as Australia attempts to deal with an unprecedented fire season that has left a large swath of destruction.

Coulson Aviation in the U.S. state of Oregon said in a statement that one of its Lockheed large air tankers was lost after it left Richmond in New South Wales with retardant for a firebombing mission. It said the accident was "extensive," but had few other details.

"The only thing I have from the field reports are that the plane came down, it's crashed and there was a large fireball associated with that crash," said Rural Fire Service Commissioner Shane Fitzsimmons.

He said all three aboard were U.S. residents.

The tragedy brings the death toll from the blazes to at least 31 since September. The fires have also destroyed more than 2,600 homes and razed more than 10.4 million hectares.

Also today, Canberra Airport closed temporarily because of nearby wildfires, and residents south of the city were told to seek shelter. The airport reopened after several hours with Qantas operating limited services, but Virgin and Singapore Airlines flights for the rest of the day.

VANCOUVER — A Vancouver actor says she was tricked into holding a protest sign outside the court where Huawei executive Meng Wanzhou's extradition hearing is underway.

Thirty-two-year-old Julia Hackstaff says an acquaintance reached out to her on Facebook offering $100 for a two-hour acting job.

Hackstaff says she arrived at the given address Monday morning, then was sent to the British Columbia Supreme Court where she was told to hold a sign in support of Meng.

She says she thought it was a poorly organized production until a reporter started asking her pointed questions and she realized she wasn't dealing with another actor.

It's unclear who was behind the protest-for-hire.

Benjamin Howes, a spokesman in Huawei's international media affairs department, says in an email the company had no involvement with the protesters or supporters outside the courthouse.

KELOWNA, B.C. — An employee who twice dumped thousands of litres of wine down a drain at a winery cannot expect to return to his job under a labour arbitration ruling.

Brent Crozier argued in a grievance that his treatment was too harsh when he was dismissed from his job as a senior cellarman at the Mission Hill Winery in December 2018.

Crozier was fired after a spill weeks earlier that saw about 6,000 litres of Estate Sauvignon Blanc, worth an estimated $160,000, accidentally pumped down a drain after the cellarman didn't properly connect a hose between tanks.

Crozier's testified the spill happened during a busy production period, but arbitrator Nicholas Glass says Crozier only had a single task that morning and a "simple check would have revealed wine flowing freely down the drain."

Glass also took into account Crozier's admission to a larger wine loss in 2017 when 11,000 litres splashed down a drain, also because of poorly connected hoses, but Crozier kept his job after profuse apologies to management and a pledge to be more careful in future.

An Ontario judge has ordered Volkswagen to pay the Canadian government $196.5 million for its emissions-cheating scandal. What was the name of the Volkswagen Beetle featured in several Disney movies starting in the 1960s? Bonus: What number was on the front and doors?

(Keep scrolling for the answer)

Fire destroyed much of Regina's public transit system. Thirty-eight buses and streetcars were destroyed in the fire at the city's transit barns.

TORONTO — At age 90, Oscar-winning Canadian actor Christopher Plummer is still coming into his own in some ways.

"The Sound of Music" star had fans abuzz on social media when he became a nonagenarian on Dec. 13 and when he was a category on "Jeopardy!" earlier this month.

And he's making a splash in a steady flow of projects, including the Oscar-nominated murder mystery "Knives Out" and his new Vietnam War-focused film "The Last Full Measure," which opens in Canada on Friday.

He says he's still getting top-tier work, still discovering new things about his craft, and still feels jitters on set and moments of "panic" about his career.

"The more mature you get — and I don't think you can get more mature than 90 — the more the scripts improve and the more you somehow learn about your craft,'" Plummer says.

TORONTO — The CBC is making changes to the four-host format of its flagship newscast "The National" in response to feedback from viewers.

Ian Hanomansing will host on Friday and Sunday, and Rosemary Barton is taking on a new position as the chief political correspondent of CBC News.

Barton will work across all platforms, appearing on "The National" to report on big political stories, and continue to host the "CBC News: At Issue" panel.

Arsenault, Chang, Hanomansing and Barton were announced as the hosts of a revamped edition of "The National" in August 2017, following the retirement of longtime anchor Peter Mansbridge.

This report by The Canadian Press was first published Jan. 23, 2020.

Ottawa supports heavy fuel ban for Arctic; northerners seek compensation
Feb 18, 2020 12:09 PM
Comments
We welcome your feedback and encourage you to share your thoughts on this story. We ask that you be respectful of others and their points of view, refrain from personal attacks and stay on topic. To learn about our commenting policies and how we moderate, please read our Community Guidelines.