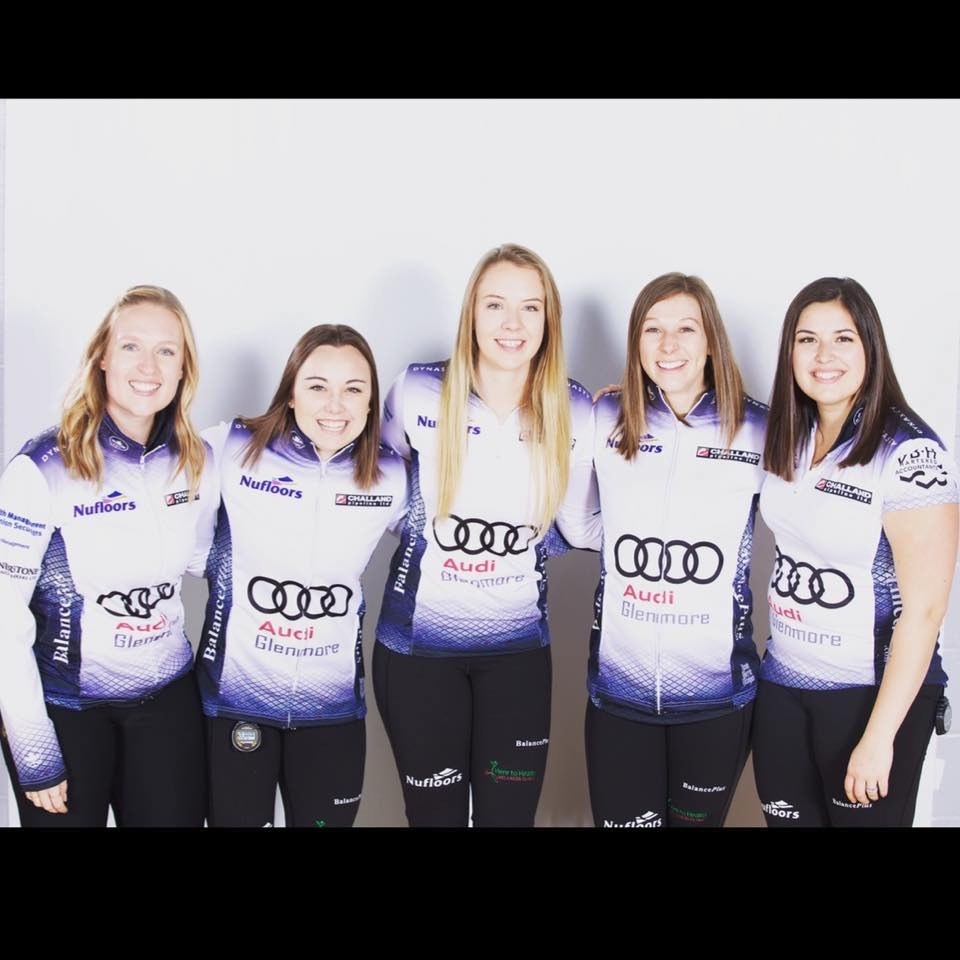 Momentum is on the side of one of Alberta’s top contenders to come out of the province.

Team Rocque enters the 2020 Sentinel Storage Alberta Scotties Tournament of Hearts  in Okotoks as the CTRS qualifiers looking to advance to a second straight spot in the finals in its second year together after finishing as runner-ups to Chelsea Carey at the 2019 event.

“We really picked up at the end of last season,” said Team Rocque lead Jesse Marlow. “We decided that we were really going to step it up this year and make the slams and everything like that.

“We went in probably double the spiels we did last year and had a really good start and qualified in some stuff out in Ontario which got us into the slams.”

Team Rocque — which features skip Kelsey Rocque, third Danielle Schmiemann, second Becca Hebert and Marlow at lead —also enjoyed its first tournament win with its current foursome at the Prestige Hotels and Resorts Curling Classic in Vernon, B.C. in October and put forth a season best performance in the Pinty's Grand Slam tour with a quarterfinal berth at the Kioti Tractor Tour Challenge.

Their performances earned the Saville Sports Centre rink the coveted CTRS (Canadian Team Ranking System) spot, given to the top performing team from the province. Team Rocque, along with Excel Points qualifiers Team Skrlik and Team Scheidegger, avoided having to go through playdowns.

“We weren’t really sure if we were going to get that CTRS spot, we were a little nervous coming up to the date,” Marlow said. “We were really happy when we heard we were the ones to get the spot.

“It’s a huge weight (off). It’s so nice to be able to take the weekends that other teams are playing down and we can just really get together as a team and practice and really hammer out those last little details that we need to headed into the big tournaments.”

Rocque is a four-time Alberta Scotties qualifier and no stranger to major competitions as a two-time world junior gold medallist in 2014 and 2015 along with a pair of Canadian university championships on her resume.

Hebert is also a junior national champion as a member of the Jocelyn Peterman rink in 2012. Both Schmiemann and Marlow competed at the 2019 Winter Universiade on skip Kristen Streifel’s team.

The foursome were formed at the outset of the 2018-19 season and have solidly built on that foundation in its second year together.

“There’s tons more familiarity,” Marlow said. “We know a lot more going into it. Last year it was kind like we’re going go to get together and we’re going to see what happens and then lo and behold we end up in the finals of provincials.

“I think that kind of lit a fire under our butts for this year to have some pretty big goals for ourselves. We’ve been able to build so much this year just knowing each other and not having to work out lots of those details of being a new team anymore.

“Last year just really showed us what we’re capable of doing and it really helped us set our goals for this year, we set our sights pretty high and we’re really excited to play and do the best we can out there.”

Following a quieter December with family and holiday commitments, Team Rocque has got back down to business in January and will lead into the Scotties in a big way by competing in the Pinty's Grand Slam Meridian Canadian Open in Yorkton the weekend prior.

“Our focus for the Yorkton slam is to make sure we’re really happy with how we’re playing as a foursome and that’s really our preparation for provincials,” Marlow said. “It’s a nice little segue.

“It’s going to be a tough competition this year just like last year. There are so many teams this year that can come out of it, there’s a lot of teams that are playing really well this year and with the round-robin we’re going to see each and every one of them. We’ve got to come out and play our game every time and hopefully we’re the ones that come out on top.”

The eight-team round-robin gets underway on Jan. 22 with the Scotties concluding on Jan. 26.

For more information go to okotokscurling.com

Five-ender keeps frontrunning Walker rink undefeated
Jan 24, 2020 4:42 PM
Comments
We welcome your feedback and encourage you to share your thoughts on this story. We ask that you be respectful of others and their points of view, refrain from personal attacks and stay on topic. To learn about our commenting policies and how we moderate, please read our Community Guidelines.