Firms fall back on family to withstand pandemic pain 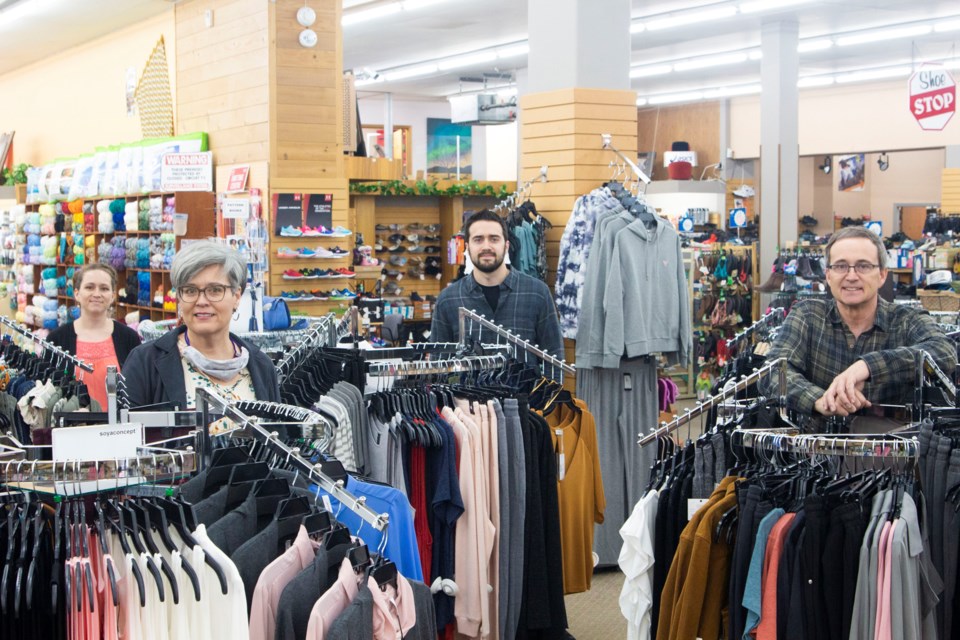 “We’ve been doing this for 68 years, so we’ve learned a lot about how to reinvent ourselves to survive,” he said while preparing to reopen his doors once health restrictions are lifted.

This survival DNA is one factor Dr. Lloyd Steier, the head of the University of Alberta’s Business Family Institute, says will help companies that are “a family play” weather the province’s coronavirus storm.

“These resources become especially important during hard times," he said.

Veronica Properzi agreed “absolutely – 100 per cent” that those are among the resources her Barrhead family firm has counted on over the years to operate Leon’s Carpet & Paint. Parents Leon and Betty opened the store in 1972, which is now run by Veronica with help from her sister Angel and nephew Ryan.

The family was forced to close their showroom in March and added a pickup service to keep sales going. They even posted their personal phone numbers at the store so customers could call with orders.

“It changed the dynamics completely,” Properzi said while preparing for the province to lift closure orders on retailers, restaurants and salons.

In Westlock, Arth leaned on “the strength of family” after being forced to lay off workers, wrestle with shippers and suppliers, and retool for a new retail ecosystem. Without staff, his wife Bonnie and daughter Pamela pulled extra duty. His son Colton took on the task of attracting online sales.

“It’s a full-time job for my son on top of his full-time job. He’s doing double the work so we can sell product out of this building,” Arth said.

After a “devastating” March, online orders have picked up for a product line ranging from clothing to safety supplies and hot tubs. A surge in orders from mask-makers for fabric and elastic helped but does not offset revenues lost due to bans on large events.

“We’re missing out on graduations, weddings – stuff that was a very important source of business for us,” Arth said.

That community connection also motivates family firms because of the “social emotional wealth” they receive for remaining invested in the places they live, said the U of A’s Steier.

“It’s more than just profits that provide incentives for them,” he said.

Despite Alberta’s growing unemployment rate and heavy financial losses by companies, Steier detects a “thread of optimism” in his network of Alberta family firms.

“They don’t give up. They see change as an opportunity. So on the one hand, they are adjusting, but they are also saying, ‘Where is the opportunity?’”

As both wait for the green light to reopen, Leon’s and Arth’s are working to ensure approved health procedures are followed when customers return.

“It’s not business as usual. We’re not just turning the key and letting people come charging in,” said Arth, who has added shields, sanitizer stations, sidewalk markings and rules against browsing.

“The safety of family, my staff and customers are paramount.”

Looking ahead, Properzi expressed concern that COVID-19 remains a threat but added, “I think everyone is here for the long haul.”

Arth sounded cautiously optimistic when asked if his store – stocked with spring wear awaiting customers – can keep going through the pandemic: “We hope so. We have a lot invested here.”

Paul Cashman is a freelance writer and former journalist and editor at the Edmonton Journal for 33 years. This story was funded by the Facebook Journalism Project Supporting Local News Coverage of COVID-19 Program via the Local Media Foundation.