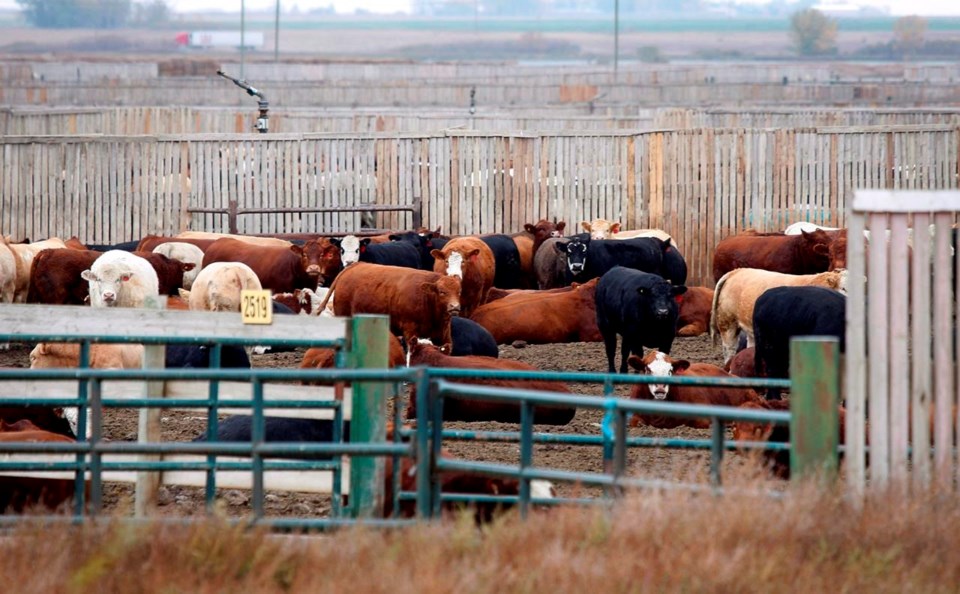 CALGARY — The union representing federal meat inspectors says its members will be back at work Monday at a meatpacking plant just north of Calgary if the Canadian Food Inspection Agency is reassured that it's safe.

Production at family-owned Harmony Beef was halted last Friday after one of its employees tested positive for COVID-19 a day earlier. It processes up to 750 head of cattle per day.

The company was notified by Alberta Health that a worker, who hadn't been on the job for days, had tested positive for the virus. A number of other workers from that area of the plant are self-isolating. The halt in operations was ordered by the CFIA which wouldn't allow its inspectors to enter the facility.

"There's been no work refusals from any of the federal food inspectors. They haven't done that in Alberta to date," said Fabian Murphy, president of the Agriculture Union.

About 750 of the union's 4,000 food inspectors work inside meat packing plants.

"The Canadian Food Inspection Agency withdrew their services so it was a government agency that said to the plant that they must have a plan in place that's going to ensure everybody's safety before they're allowed to resume full production," he added.

The plant could reopen Monday if the agency is satisfied.

The CFIA said it and provincial health authorities were going to the Harmony plant Sunday to gather additonal information on the potential COVID-19 risk for both plant employees and inspection staff. The review will determine the next steps for resolution.

Alberta Premier Jason Kenney told reporters protocols had been followed and the plant is safe to open but CFIA inspectors wouldn't return to work. He said if necessary the government was looking to substitute Alberta inspectors into other facilities instead.

"Because we also have concerns about a shortage of CFIA inspectors at some of the other meat packing plants in Alberta," Kenney said.

Murphy said replacing federal inspectors with provincial ones would be difficult. He said the plants are federally regulated and it would take a ministerial order from the federal agriculture minister for it to happen.

He said the federal inspectors have been showing up for work every day even though it's clear many of the plants across Canada have no real plans on how to deal with COVID-19.

"They have a new hazard that's been introduced into the workplace that they haven't assessed. I don't think plants were prepared for this so they're continuing with the same safety precautions that were in place to protect the food," Murphy said.

"Those safety precautions weren't designed to protect people from any hazard like the coronavirus. If you go in there and you can't practice social distancing or personal distancing, you have no idea the folks you're working next to if they've come in contact with anybody. You are taking a risk."

Murphy is confident the CFIA will make the right call and has been in contact with the agency on a daily basis.

"The Canadian Food Inspection Agency is going to make that call. If the employer is satisfied that the plant has a plan in place to protect their safety then they can go back to work," he said.

This report by The Canadian Press was first published March 29, 2020

Alberta Opposition calls on government to consult on provincial parks
Jun 4, 2020 10:55 AM
Comments
We welcome your feedback and encourage you to share your thoughts. We ask that you be respectful of others and their points of view, refrain from personal attacks and stay on topic. To learn about our commenting policies and how we moderate, please read our Community Guidelines.