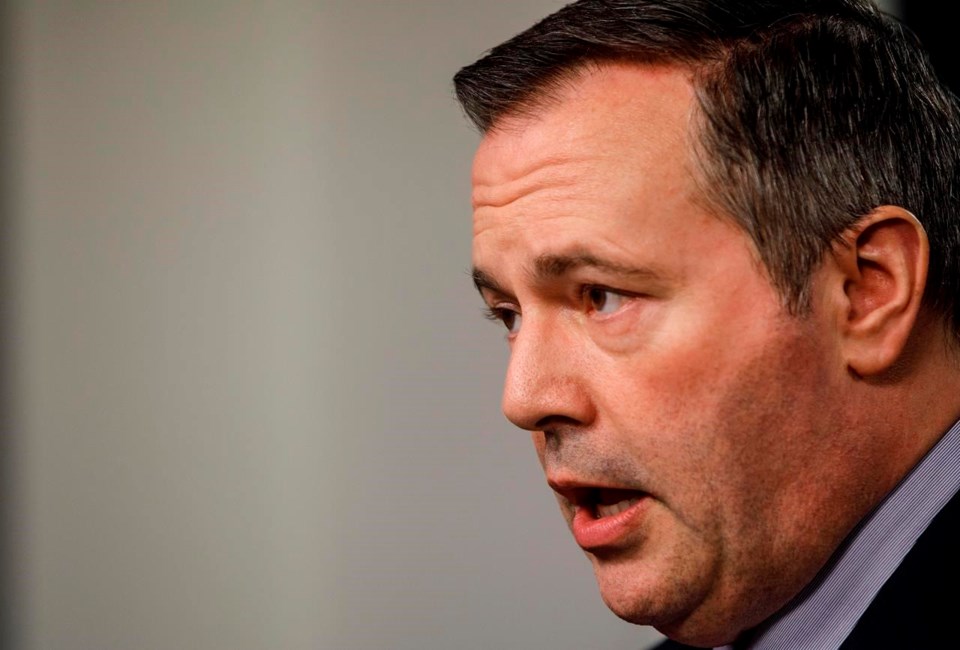 EDMONTON — Alberta Premier Jason Kenney says steep fines are coming for those who refuse to take physical distancing seriously during the COVID-19 pandemic.

Kenney, speaking to reporters Wednesday, said while most Albertans are doing their part by self-isolating and not gathering in large crowds, "not everyone seems to get it.

"Too many people are ignoring our public health guidelines and in so doing they endanger the health of others, particularly the most vulnerable."

Kenney said his government is amending laws to allow police and community peace officers to levy steep fines — up to $1,000 on a first offence — for those who don't self-isolate as directed or are part of gatherings of more than 50 people.

People returning from abroad have already been directed to self-isolate for 14 days.

Health Minister Tyler Shandro, when asked what he would do to those who are fined yet still refuse to follow the safety rules, said he would consult with Dr. Deena Hinshaw, the province's chief medical officer of health, on next steps.

Hinshaw announced Wednesday that Alberta has 61 new cases of the novel coronavirus, bringing the total in the province to 419. Two people have died. Twenty are hospitalized and eight of them are in intensive care.

One person who died was a woman in her 80s who had been living at Calgary's McKenzie Towne Continuing Care Centre.

Hinshaw said infection numbers have since risen at McKenzie Towne and other similar care facilities, along with a new outbreak at an Edmonton home for adults with developmental disabilities.

"People living in long-term care and continuing care facilities are at most risk of severe illness from this virus," said Hinshaw.

"It's become clear that additional measures are needed."

Access to the centres has already been limited to one person per resident, with that person screened before entering.

Kenney also said the province is compiling a list of essential workers if all non-essential businesses need to be shut down. That list is expected to nailed down next week, he said, noting that Alberta's oil and gas industry is critical given its importance to the provincial economy.

Also Wednesday, Albertans were able to begin applying online for emergency bridge funding if they must self-isolate due to the virus.

Kenney said thousands of people logged on to apply in the first few hours, causing the system to crash.

He said staff are adding capacity to the system: "I just want to ask people to be patient as we cope with the overwhelming demand."

Working adults who have lost all or most of their income due to self-isolation or because they are caring for someone with COVID-19 can sign up on the government's website.

Once their identity and eligibility is confirmed, they will get a one-time e-transfer of $1,146, which is intended to tide them over until enhanced federal employment aid becomes available in early April.

NDP critic Christina Gray said more needs to be done for Albertans who are losing income due to the crisis, and urged Kenney again to bring in legislation to stop renters from being evicted April 1 for not paying their rent.

This report by The Canadian Press was first published March 25, 2020

Blackhawks bounce Oilers from NHL post-season with 3-2 win in qualifying play
Aug 7, 2020 8:47 PM
Comments
We welcome your feedback and encourage you to share your thoughts. We ask that you be respectful of others and their points of view, refrain from personal attacks and stay on topic. To learn about our commenting policies and how we moderate, please read our Community Guidelines.