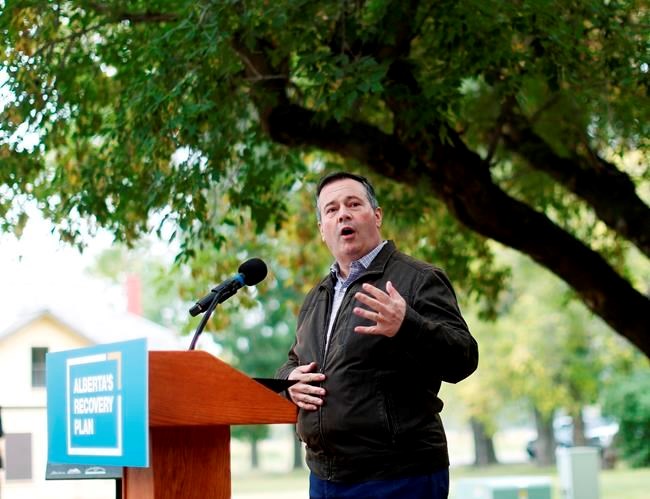 CALGARY — Alberta's premier says new federal Conservative Leader Erin O'Toole was just stating the obvious when he indicated the Energy East pipeline project was "not on the table" in a conversation with the premier of Quebec.

Jason Kenney said Tuesday that the proposed cross-Canada oil pipeline isn't being considered because the federal Liberal government helped to kill it in 2017.

"The fact that (Quebec Premier Francois Legault) just acknowledged that Energy East is no longer an active project is just a statement of fact," Kenney said after a funding announcement in Calgary.

"I wish that were not the case. I wish Justin Trudeau's government had not imposed ridiculous new regulations that caused TC Energy to walk away from the table."

Kenney said one of his first calls as premier last year was to his Quebec counterpart to ask him to reconsider his opposition to such a project.

Legault has said there is "no social acceptability'' for an additional oil pipeline in his province.

O'Toole, who won the Conservative leadership race in August, said he spoke with Legault earlier this week about the importance of pipelines. And while Energy East is "not on the table,'' his priority if he becomes prime minister would be to ensure projects in Western Canada continue to ignite Canada's economy.

"This is a resource that is important to our national interest. Better to get the best oil price we can as we are recovering," O'Toole said Monday in Montreal.

Kenney said his government has "not given up on the dream" of a west-east pipeline system to carry Alberta oil to New Brunswick.

He said he expects there will be a jump in global demand once the COVID-19 economic recovery is complete, since there's been little or no investment in upstream exploration and another private company might resurrect the idea.

"I think there are going to be strong prices by 2022, post-recovery, because of that supply crunch. And perhaps in that context we could see a private sector proponent come back to the table with a concept like Energy East," Kenney said.