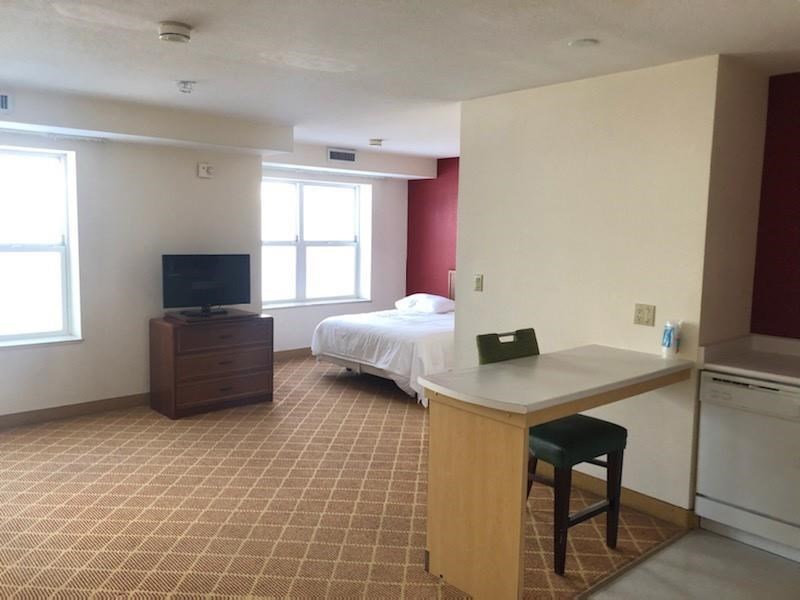 CALGARY — A Calgary hotel that has been transformed into a COVID-19 isolation site for people with no fixed address is about one-tenth full more than a week after it opened.

People are gradually being transferred from shelters and hospitals to the hotel, where 100 rooms spread over four floors have been set aside for the assisted isolation site that opened April 6.

"The site is coming along very rapidly and ,given the quick pace that we've moved, it's pretty incredible what we've managed to achieve," said Dr. Kerri Treherne, the medical lead on the project, said Wednesday.

Treherne, who is with the Alex Community Health Centre, said there were no confirmed COVID-19 cases in Calgary's homeless population.

The hotel rooms are also for those who are waiting for test results, have symptoms or have come into contact with a known case and don't have a home where they can properly isolate.

To allow for adequate physical distancing inside shelters, there are 350 overflow spaces at the Calgary Telus Convention Centre for those who don't need to isolate.

Rajan Sawhney, Alberta's community and social services minister, has said it wasn't feasible to transfer that many people into hotels because of the time needed to remove objects that they might use to harm themselves.

As of Wednesday, there were 10 people staying at the hotel and two more were being transferred.

Treherne said there are about 50 medical, security, cleaning and other staff working right now, but more will be needed as people arrive.

She said people are entering the hotel "gradually and slowly just to allow everybody to be trained and to be able to provide care in a competent and safe manner."

"And once we are all on board, we will be able to intake clients much faster."

So far, those in the hotel have followed the rules and stayed in their rooms, although they have been allowed outdoor exercise breaks.

"I honestly thought that would be a challenge, but it's proven to be not a big hassle for us," she said.

"We've not had any people leave against medical advice yet."

Treherne said she's pleased there have been discussions with the government and other organizations about finding housing for the hotel's occupants once they leave.

"This has been one of my best surprises from this project."

The acting CEO of the Calgary Homeless Foundation, which is leading the project, said the COVID-19 crisis has elevated the issue of homelessness in the public's mind.

Gail Boehm said she hopes it remains a priority once the pandemic has passed.

"This, right now, is a medical health emergency and we need to keep all these folks safe and our communities safe," she said.

"Ultimately, we really do need to solve the homelessness issue and get them all homes. That's the best solution of all, because it's super difficult to be healthy if you don't have a home."

This report by The Canadian Press was first published April 15, 2020

Grizzly bears in the dark as they try to share living space with humans: study
Jul 7, 2020 4:32 PM
Comments
We welcome your feedback and encourage you to share your thoughts. We ask that you be respectful of others and their points of view, refrain from personal attacks and stay on topic. To learn about our commenting policies and how we moderate, please read our Community Guidelines.