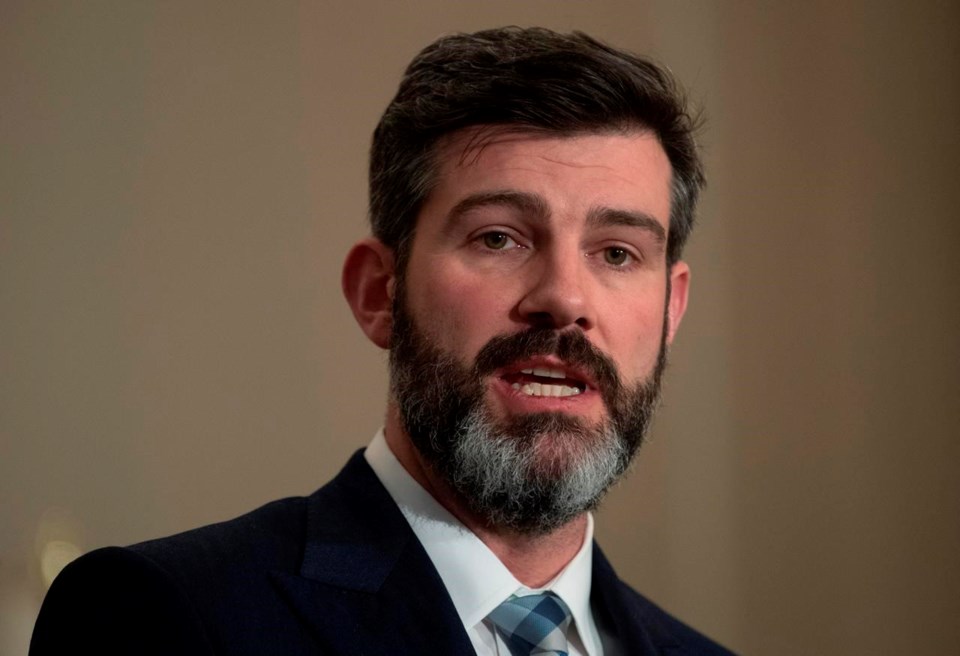 Edmonton Mayor Don Iveson says he's talking to other mayors about how municipalities could work together to reduce the spread of COVID-19, but he would prefer to see the provincial government step up with stricter measures.

"COVID-19 cases are rising, and fast," Iveson said during a news conference..

The province on Thursday reported another 1,105 new cases, the highest daily number since the pandemic began, and eight additional deaths.

There were more than 4,388 active cases in the Edmonton zone, including 147 people in hospital and 38 in intensive care.

Premier Jason Kenney's government brought in new restrictions last Friday for hard-hit areas, including Edmonton, that include a two-week ban on indoor group sports and fitness classes and earlier closing times for restaurants, bars and pubs.

The government also strongly recommended there be no gatherings in homes and warned it could have to step in with fines if people don't fall in line.

Calgary Mayor Naheed Nenshi has said his city has "essentially zero" power to enforce the provincial restrictions — a concern that was also raised by Iveson.

Still, Iveson said Edmonton is eager to work with the province to bring in stricter measures.

"They have the strongest authority to issue regional health orders, which I have long maintained is key to tackling the spread of this virus," he said. "COVID-19 is borderless and people across our region need clear and concise rules so that there is consistency."

Iveson said some municipalities are discussing whether they can use their limited powers to come up with their own co-ordinated response if the province doesn't bring in additional measures.

"There is a very strong willingness and understanding among many of our neighbours and other mayors that a patchwork response to this virus will not be effective," he said. "We need to band together to make sure we are healthy as a region and as a province."

Edmonton's administration is working with other municipalities, including Calgary, and experts at the University of Alberta to determine what else can be done at the municipal level, Iveson said.

City council, he said, has heard from residents that not enough is being done.

"I'm sensing from Edmontonians and my council colleagues a desire for the government of Alberta to act more strongly and swiftly to keep the virus from breaking wide and loose in the community and overwhelming our health-care system, which would be tremendously disruptive to consumer confidence at precisely the time where we are all working together to keep workplaces safe and the economy going.".

Iveson said there's a "false dichotomy of lock down or keep everything going."

"Stronger measures are needed and needed soon, and we will continue to encourage the government of Alberta to go in that direction."

This report by The Canadian Press was first published Nov. 19, 2020.

Some Alberta businesses taking extra COVID-19 restrictions as cases surge
Nov 23, 2020 4:23 PM
Comments
We welcome your feedback and encourage you to share your thoughts. We ask that you be respectful of others and their points of view, refrain from personal attacks and stay on topic. To learn about our commenting policies and how we moderate, please read our Community Guidelines.