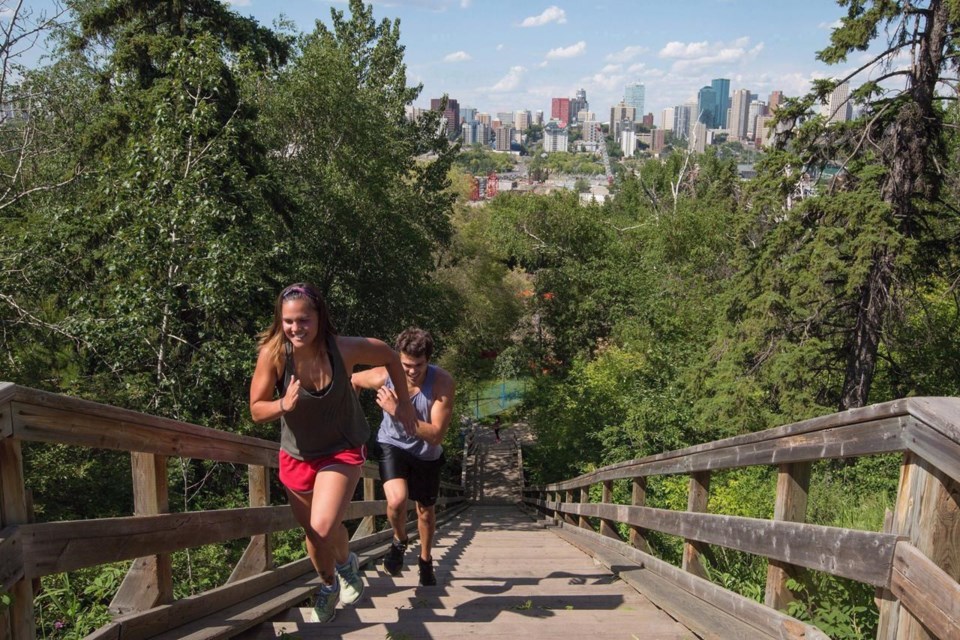 EDMONTON — A proposal from a private company to build a gondola across Edmonton's river valley will keep moving forward after city council approved an important step Monday.

Council members, in an 8-5 vote, supported a framework for a working relationship with Prairie Sky Gondola.

The company wants to string cable cars across the North Saskatchewan River between downtown and Whyte Avenue, a popular street with bars, restaurants and stores.

Prairie Sky Gondola has said it does not need any money from the city for the project, which the company expects would cost between $132 million and $155 million.

"It would be one thing if folks were coming to the city of Edmonton saying, 'We have this really great idea — all you need to do is spend $100 million,'" Mayor Don Iveson said before voting in favour of the framework.

"What's actually happening here is someone coming and saying, 'Hey, we think we want to spend $100 million or more in your community to do something cool that we think we can make work economically."

Iveson said it's important for the city to send a message to private investors that it's open for business and willing to work with them on proposals.

The approval of land will also need to be considered by council, and there are some provincial and federal approvals that are required.

Some councillors were skeptical about moving forward with the idea.

"It is too good to be true to me," Coun. Mohinder Banga said during debate.

"I would love to see our city doing good in the attractions portion," he said. "My only problem is I don't think I am willing or should be putting taxpayer dollars even at a little bit of risk.

Coun. Sarah Hamilton said her constituents believe the city should be focused on its own transit system.

"I owe it to those people that they are able to get to work and school on time before I can move on from that," she said.

During a committee meeting last week, council members also heard from about 30 people from the community.

Some were supportive of the proposal, while others were concerned about a lack of public input and the potential environmental effects on the river valley.

Several councillors raised similar concerns Monday, but said they were willing to support moving forward with the proposal's next step, because it will both allow input and further study.

"There's a lot more hurdles," said Coun. Ben Henderson. "The question about the environmental impact is a valid one that needs to be looked at. But we need the data in front of us to do that and we won't have that until the next stage.

"If the answers come back and they say there is significant environmental problems ... then that would probably be a stop."

This report by The Canadian Press was first published Feb. 22, 2021