Western Canada desperately needs rain but it's not in the forecast: climatologist 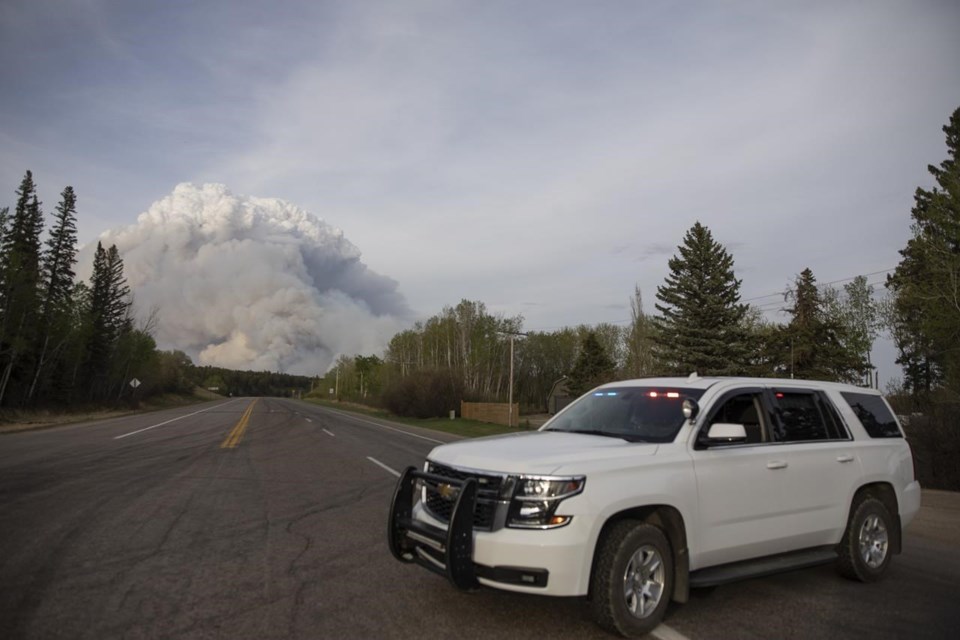 EDMONTON — A lengthy rainfall and strong winds could dissipate the raging wildfires and smoky air gripping parts of Western Canada but that's not what's in the forecast for this week, says a senior climatologist with Environment Canada.

As wildfires in B.C., Alberta, Saskatchewan and Manitoba continue to burn, Environment Canada's David Phillips says he's particularly shocked that smoke was covering Alberta "from as high as jet aircraft fly right down to the surface."

"One of the things that just blew my mind — and it takes a lot for me to be surprised — is that yesterday ... the temperature got up to 13.4 C (in Edmonton) but it was forecasted to be 26, 27," Phillips said Monday.

"So the temperature was half of what it would have been. This shows you how crazy that air column was. The sun couldn't come in and warm the air."

Although some rain was in the forecast for some areas, Phillips said he doesn't see any major weather system staying put in parts of the Prairies or British Columbia to help extinguish some of the flames.

"What Western Canada needs is a long duration of rain, something that would spoil a camping trip over a weekend. Strong westerly winds that seem foreign to this time of year would also help to clear out the air, so there's ways that meteorology can correct the situation, but we just don't see them coming.

"In Edmonton, Alberta, you can taste it, smell it, see it and feel it. It's like smoking several packs of cigarettes to breathe that air in."

On Monday, the Saskatchewan Public Safety Agency ended a fire ban as cooler temperatures and a light rainfall hit the province and let fire crews make some headway in their fight against the flames. Steve Roberts, vice-president of operations, said the agency revoked the fire ban because even though the number of wildfires was high, they were not as large in size.

There were 161 active fires blazing in Saskatchewan, an increase from the 137 reported fires on Friday. Roberts said Saskatchewan has had 424 wildfires this year, which is double the provincial average and one of the highest counts in its 10-year history.

But Phillips said Saskatchewan isn't going to find an escape from the hot and dry temperatures any time soon.

"We haven't even hit the dog days of summer," Phillips said.

"Regina has had 18 days of temperatures above 30 C. Typically, by this time, it would have had maybe eight or so, and normally for the whole year through to September, you end up with maybe 16," he said.

"I think the story is clearly that the heat came early, it's been excruciatingly hot but it's been essentially confined to the West. It is an unfortunate situation and it's something we've had to deal with a lot in recent years."

About 300 wildfires were burning across British Columbia on Monday and new evacuation orders were issued for properties in several regions. The BC Wildfire Service listed the fire danger as high to extreme across most of the southern half of B.C., while cool, damp weather had dropped the danger rating in the northern half.

This report by The Canadian Press was first published July 19, 2021.