Alberta's nurses union says the province's health delivery agency has rejected a call for a settlement similar to one reached with nurses in Saskatchewan that would have provided stability during the COVID-19 pandemic.
Nov 24, 2020 2:15 PM By: Canadian Press 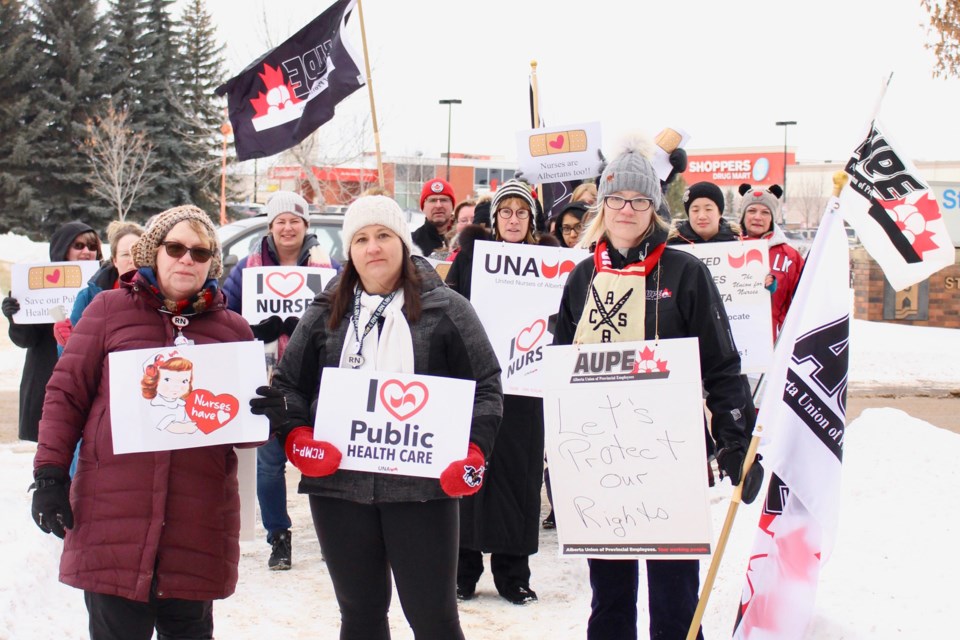 EDMONTON — Alberta's nurses union says the province's health delivery agency has rejected a call for a settlement similar to one reached with nurses in Saskatchewan that would have provided stability during the COVID-19 pandemic.

United Nurses of Alberta says in a news release it called on Alberta Health Services to quickly negotiate a contract "in order to achieve labour peace, stabilize the Alberta workforce, and focus on responding to the pandemic."

But the union says AHS negotiators wanted to delay bargaining, a demand it says it rejected because the agency refused to halt the elimination nursing positions through attrition during COVID-19 and wouldn't promise to end rollbacks when negotiations resume.

Finance Minister Travis Toews said in a news release Monday that the union was seeking a seven per cent pay increase, and that both sides had been negotiating a delay in bargaining until March 31 due to the increasing demands of COVID-19.

The Saskatchewan Association of Health Organizations said earlier Monday that it had reached agreements with its nurses, although details weren't being released until the deals are ratified by both sides.

Toews says that Alberta’s nurses are compensated approximately 8.1 per cent more than their western Canadian peers.

“I am disappointed that a deal could not be reached — delaying bargaining would have provided much needed stability for the health-care system as we continue to focus on the pandemic and keeping Albertans safe," the minister said in the government's release.

UNA president Heather Smith said in the union's news release that the negotiations team couldn't agree to pause negotiations until March 31, and that the next scheduled bargaining dates are Dec. 14 and 15.

“Clearly AHS and this government are more intent on pursing their agenda of rollbacks and reducing the workforce, even during a pandemic, than assuring a stable workforce to respond to the needs of Albertans,” she said.

This report by The Canadian Press was first published Nov. 23, 2020.