The ATA said in a news release on Saturday that the motion was jointly drafted by 20 locals, which it claimed was "by far, the highest level of collaboration seen on a locally developed resolution in the assembly’s recent history."
May 25, 2021 11:15 AM By: Canadian Press 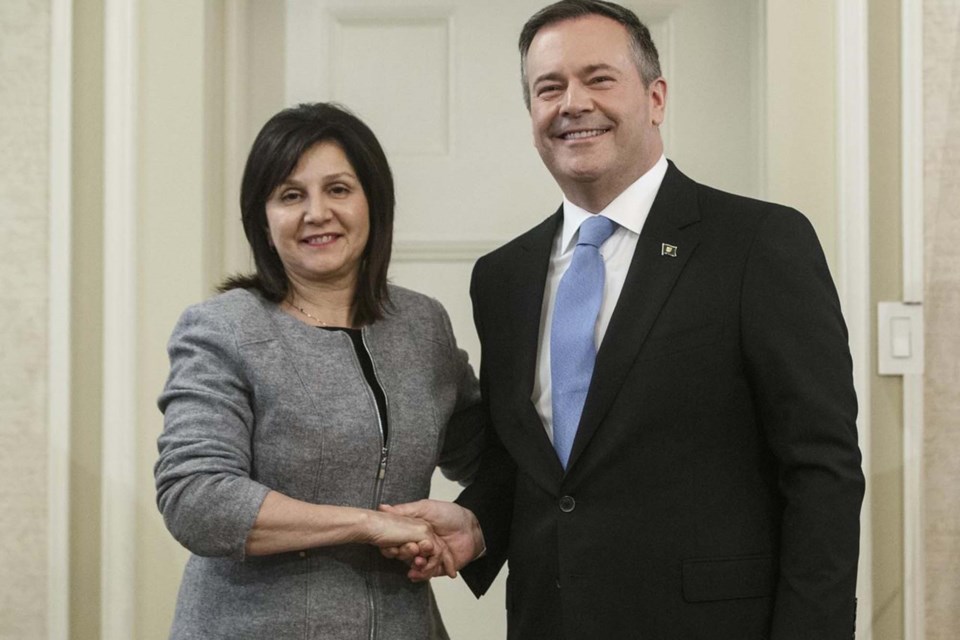 EDMONTON — Delegates at the Alberta Teachers Association (ATA) annual assembly almost unanimously endorsed a motion of non-confidence in the education minister on Sunday, following months of animosity between teachers and the provincial government.

Last month, LaGrange and the ATA accused each other of playing politics with the United Conservative government's new draft kindergarten to Grade 6 curriculum, which the association has said is badly flawed and needs to be scrapped.

Premier Jason Kenney also resisted calls in April from the association to give front-line staffers priority for COVID-19 vaccines, before they were eventually added to the list of people allowed to book shots earlier this month.

Nicole Sparrow, a spokeswoman for the minister, says in an email that it's "disappointing that the union continues to play politics with our students’ education."

Sparrow says that while the ATA "advances its own special interests," students will remain LaGrange's top priority.

"We will continue to work with the education system, including the teacher’s union, to ensure our students receive the world class education they deserve," Sparrow wrote.

The ATA said in a news release on Saturday that the motion was jointly drafted by 20 locals, which it claimed was "by far, the highest level of collaboration seen on a locally developed resolution in the assembly’s recent history."

The province's draft curriculum is to be piloted in select schools this fall and fully implemented in September 2022, but over half of Alberta's school boards have said they won't be participating in the pilot.

Some have criticized the draft for lacking Indigenous and francophone content, and say its content is developmentally inappropriate for elementary-aged students.

When Kenney announced on May 3 that teachers, child-care workers and support staff will be able to book vaccine appointments, the head of the ATA, Jason Schilling, issued a terse, two-word statement in response: "About time."

“This vote by teachers reflects Albertans’ complete loss of trust in the Kenney government," Hoffman said in a statement.

This report by The Canadian Press was first published Sunday, May 23, 2021.