Another name joins the ballot

David Garnett-Bennett wanted to make his political debut in a big way, so he’s running for MLA. He was at a turning point in his life when it came to politics.
Apr 1, 2019 1:00 AM By: Meagan MacEachern 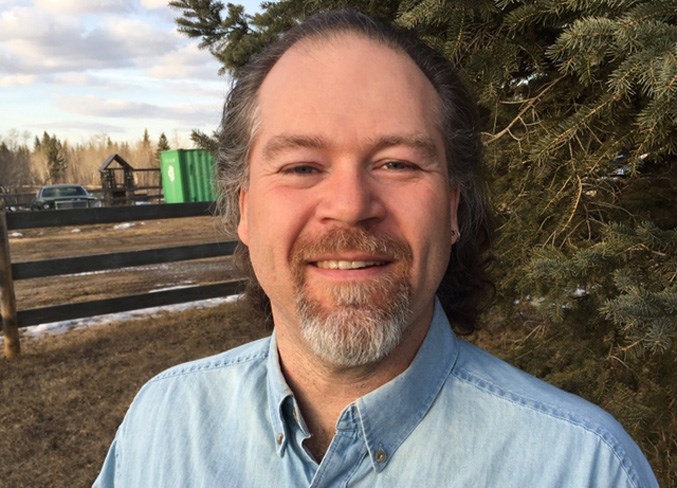 David Garnett-Bennett wanted to make his political debut in a big way, so he’s running for MLA.

He was at a turning point in his life when it came to politics.

According to Garnett-Bennett, who is running under the Alberta Independence Party banner for the Bonnyville-Cold Lake-St. Paul riding, he was ready to throw in the towel by avoiding everything that had to do with it.

But rather than give up, he decided to give politics one last shot.

“I reached a conclusion; I couldn’t back away without doing the last thing, which was throwing my hat in the ring, putting my two cents in, and saying ‘I think I can represent everyone in this riding and everyone in Alberta, and this party fits,’” he described.

Although he wasn’t born in Canada, he was raised here, and described Alberta as home.

“I was born in South Africa... I’ve gone to school in Canada from Kindergarten through Grade 12, and university.”

He continued, “Alberta has been my home... I identify with everyone I meet. We’re farmers, we’re oilmen, we’re gas men, we’re all Albertans, or we’re providing services for all of those people... That’s what Alberta is, is diverse people. We all get along, and that’s what I am.”

Garnett-Bennett lives in Elk Point with his wife and four children.

Before adding his name to the list of candidates for the Bonnyville-Cold Lake-St. Paul riding, Garnett-Bennett worked as an oil field worker who was tired of waiting for change.

He believes his experience starting, running, and working within a business give him the ability to “adapt to any situation.”

He continued, “What I can bring is the ability to listen, help, and work with a team, the Alberta Independence Party, of like-minded individuals, towards that and have measurable results in a short time.”

The Alberta Independence Party was founded in 2000 and was revived in 2018.

Garnett-Bennett said the party’s values aligned with his own: honesty, integrity, and transparency.

“That’s why I signed up. I looked at it and thought, ‘these are my kind of people.’”

He noted, “Thus far, having viewed the three main political parties and having seen them through various power over the last 24 years, I haven’t seen any measurable results. The Alberta Independence Party is not just bark, it’s bark with bite. These people mean business. They’re real Albertans, they’re not career politicians, they’ve studied, looked at things, and we’re all of a like mind - we have to change what we’re doing, or we won’t see a different result.”

Garnett-Bennett felt the size of the riding was irrelevant, because the Alberta Independence Party represents all of Alberta, not just one constituency.

“Is the size of the riding relative to the number of people relative to Alberta? This is just the way it is. As long as we’re represented equally,... as long as Alberta can represent each riding fairly, which I think they do, it’s okay. If we’re all Albertans, we will take care of ourselves. It won’t matter if the riding is larger or smaller, because that’s based on population density,” he expressed. “We don’t look at it as fighting. This is perhaps a new idea. It doesn’t matter what riding you’re in, what Albertan you are, everybody is equal, everybody counts, and everybody is important.”