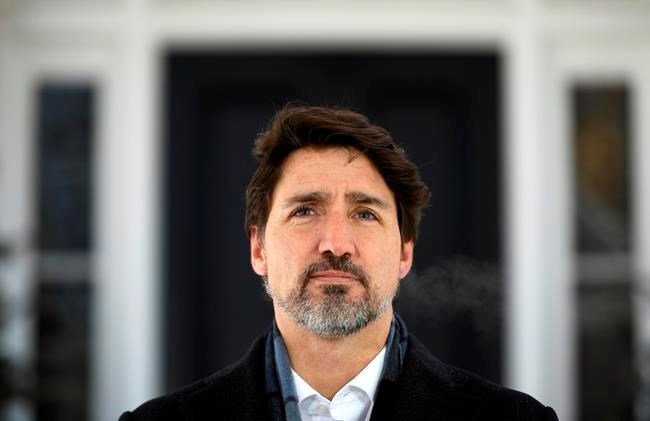 TORONTO — Canada is making progress in the battle against the COVID-19 epidemic but we're far from out of the woods, Prime Minister Justin Trudeau said on Tuesday as his government prepared to release new projections for the disease.

At the same time, Trudeau warned that caution remains the watchword when it comes to lifting restrictions that have devastated the economy.

"The measures we've taken so far are working. In many parts of the country, the curve has flattened," Trudeau said at his daily briefing. "(But) if we lift measures too quickly, we might lose the progress we've made."

As provinces release their outlines or plans for getting their people on the road to normalcy, the prime minister said the federal government would also be releasing its framework for easing up on the restrictions. However, he said it's imperative to have a co-ordinated and consistent approach "grounded in shared understanding and appreciation" of the threats we face.

Getting the country moving, he said, won't be an overnight process. Among other things, it will depend on capacity for testing and tracing coronavirus infections and ensuring that workers are safe on the job.

"Controlling transmission is key," he said. "Restarting our economy will be gradual and careful and will be guided by science."

Canada is closing in on 50,000 known cases, of which more than 2,700 have been fatal. Ontario, in its latest report, snapped a three-day string of declining new cases as another 59 more people died. The province is now approaching 1,000 deaths.

Quebec, which has been hit hardest by the epidemic, has set May 11 for reopening schools and daycares, although attendance would be voluntary. High schools, junior colleges and universities are to remain closed until September. Ontario has drawn up a gradual reopening framework but has given no dates or schedule, other than that schools will stay closed until at least the end of May.

While work continues in Canada and around the world on finding a COVID vaccine, a new Leger poll for the Association for Canadian Studies finds 60 per cent of Canadians believe inoculation once available should be mandatory, while the rest think it should be voluntary.

Trudeau said it was far too early to discuss the issue of whether everyone should have to get a shot.

"We are still unfortunately a long way from having a vaccine," Trudeau said. "As far as the protocols are concerned, we still have a fair bit of time to reflect on that."

As COVID-19 continues to spread in the country's prisons, more than three dozen organizations demanded an immediate inquest into the April 15th death of a B.C. inmate due to the disease. The unnamed man died at Mission Institution east of Vancouver, where more than 100 inmates have tested positive. About 244 federal inmates are known to be infected.

This report by The Canadian Press was first published April 28, 2020