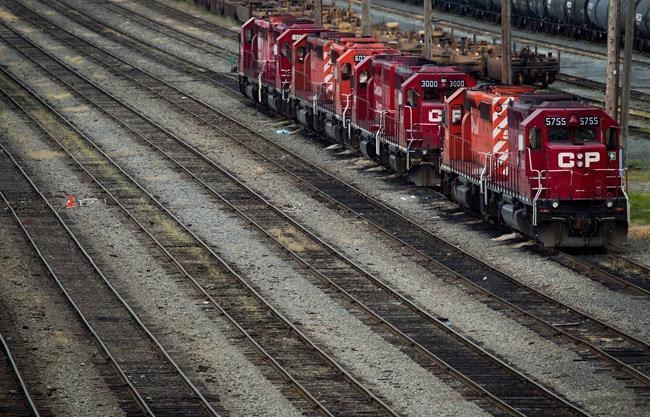 CALGARY — Canadian Pacific Railway Ltd. says it earned $598 million in its latest quarter, down from $618 million in the same quarter last year.

"Following our record Q2 performance, we steadily built momentum through the quarter and finished strong," Creel said in statement.

CP's operating ratio, an industry metric where a lower ratio means more efficient operations, was 58.2 per cent, up from 56.1 per cent a year ago.

Analysts on average had expected an adjusted profit of $4.23 per diluted share and revenue of $1.87 billion, according to financial data firm Refinitiv.

In its outlook, CP Rail says it expects a low-single-digit decline in revenue ton-miles in 2020 and at least mid-single-digit adjusted diluted earnings per share growth.

"With Q4 volumes up eight per cent quarter to date and a strong outlook for the remainder of the year, we have raised our guidance," Creel said.

"Given the strength of our operating model and growing momentum across our business, I remain confident that the best is yet to come."

The railway said it continues to expect capital expenditures of $1.6 billion this year.

Companies in this story: (TSX:CP)

Task force reports on safe summer reopening of Banff’s economy
Nov 23, 2020 8:45 AM
Comments
We welcome your feedback and encourage you to share your thoughts. We ask that you be respectful of others and their points of view, refrain from personal attacks and stay on topic. To learn about our commenting policies and how we moderate, please read our Community Guidelines.