The Cold Lake Museums Society has big plans for the upcoming year. Every year the society works on a new project to help improve the local museums.
Oct 25, 2016 1:00 AM By: Lakeland Today Staff 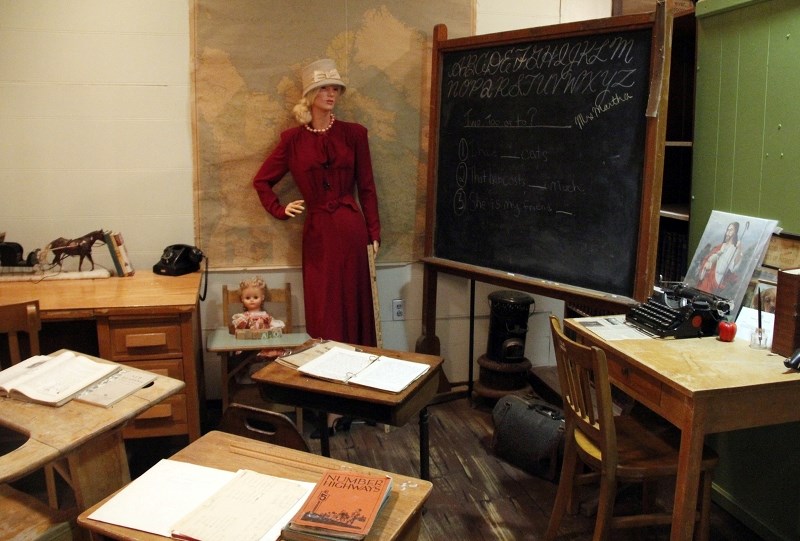 The Cold Lake Museums is home to artifacts that date back over 100 years. Currently, museum staff and volunteers are cataloging these items.

The Cold Lake Museums Society has big plans for the upcoming year.

Every year the society works on a new project to help improve the local museums. This year they are hoping to finish cataloging artifacts, and will be out painting and cleaning up the grounds in preparation for some big changes.

Last year, the museums began working on the addition of a radar station, and has been busy applying for funding to help cover the cost of the dome, which is scheduled to be constructed in the spring.

“The radar station used to have three large domes on top of buildings, and you could see for miles around, it was kind of a landmark,” said Cold Lake Museums manager Linda Dunn.

The new radar dome won't have the same visibility as those of the past, however, it will still hold some nostalgia for those who remember the original dome.

“It's going to be more of a static display, and it will have a little radar in it that is actually from the end of the runway on the base.”

Dunn added, “It will elicit a lot of curiosity for locals, especially those who have seen it all their lives.”

Of course, this is not the only expense the museum has. They requested funding from the City of Cold Lake on Tuesday, Oct. 11 in order to help cover the cost of annual operations and capital expenses.

The total amount asked for operational expenses was $125,000, with a $50,000 annual grant to help continue improving the museum. Outside of the request for funding, the society would also like to see highway signage and upgrades to the road leading to the museum.

Dunn said the state of the road currently has some residents and visitors confused, especially when they go around the corner and can no longer see the museum.

“They don't know where they are going,” she said.

CAO Kevin Nagoya said the city has invested approximately $500,000 on the roadway over the years.

The area in question however, is the driveway up to the museum, which is owned by the Cold Lake Museum itself. Nagoya said fixing the driveway could cost somewhere in the millions.

This past year, the society finished painting the Air Force Museum, but still needs to finish the outbuildings, doors, trim and fire escape.

“It's still ongoing, but it is so much better out there. It is so clean, and so lived in now,” Dunn said.

The property is currently home to several trailers, which are deteriorating and becoming a safety hazard.

Dunn said the museum plans on demolishing the trailers, but are unable to do so on their own and are looking into hiring a contractor to do the work.

The Power Plant will also be restored, and will feature the Cold War era, showcasing three diesel engines inside.

“It will be the jewel in our crown,” said Dunn. “It's an amazing building.”

Once the restorations and clean up is complete, the museum is looking to bring in the city archives so the historical stories and artifacts are all stored in one common place.

The museum saw a 55 per cent reduction in revenues from entry fees in 2015.

“We had about 2,000 less than last year, and we were down on all of our field trips, and summer camps… Most of the people who come are tourists and I think most of the tourism numbers are down because people aren't travelling as much,” Dunn explained, adding it may be due to the current economic state.

Coun. Bob Buckle described the museum as a hidden jewel of Cold Lake, and one that needs to be preserved and invested in.

“I think that several groups need to join together to create some synergy out there and allow the rationalization of significant investment in that area,” he said. “I envision someday that we put everything under a nice envelope up there, a nice facility to be built for multiuse, and then we can rationalize as a council, putting some significant capital investment in there for a long term vision.”