Cooper "has apologized for his behaviour as Speaker, but he continues to put all Albertans at increased risk from COVID-19"
Apr 22, 2021 12:15 PM By: Dan Singleton 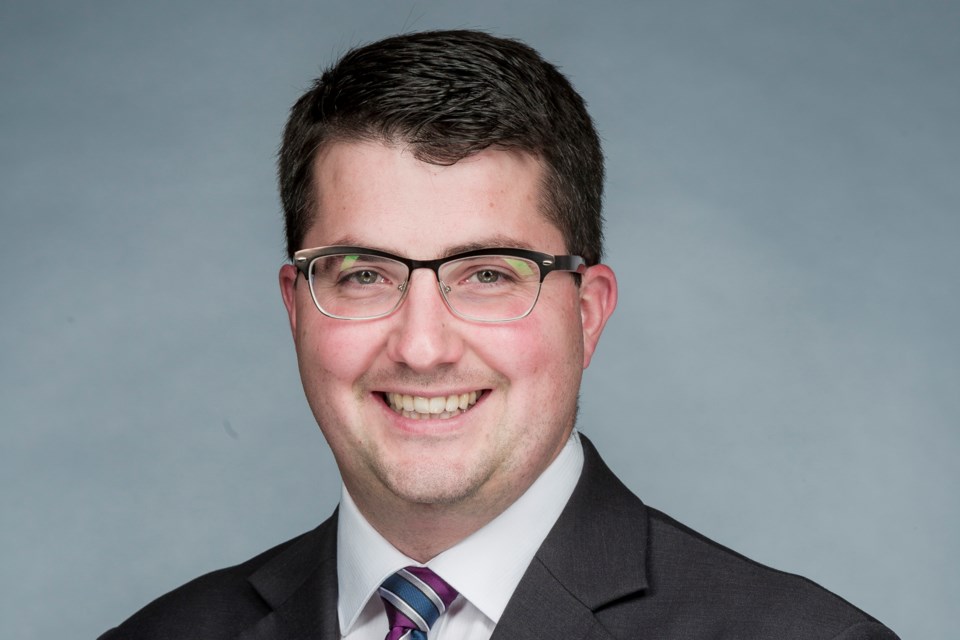 DIDSBURY - Olds-Didsbury-Three Hills MLA and Speaker of the Legislature Nathan Cooper should be fired from the UCP caucus despite an apology he issued in the assembly last week, says MLA David Shepherd, the official opposition health critic.

“Nathan Cooper has apologized for his behaviour as Speaker, but he continues to put all Albertans at increased risk from COVID-19,” Shepherd said in a statement to the Albertan. “Our call for Jason Kenney to eject him and the other 16 MLAs from caucus remains in place.

“While Nathan Cooper’s violation of his impartial role as Speaker is definitely a serious issue, it is secondary to the very serious public safety issue created by all of these MLAs undermining public health orders.

“We called for Jason Kenney to take action against all of the UCP MLAs who signed the letter and put their constituents at risk.”

Cooper was one of more than a dozen UPC MLAs who signed the statement in response to new measures announced April 6 that include halting in-person indoor restaurant and pub service.

“After 13 painstaking months of COVID-19 public health restrictions, we do not support the additional restrictions imposed on Albertans yesterday, and will continue advocating for a transparent path forward that provides certainty to Alberta families, communities and businesses,” the statement reads.

“We believe that yesterday’s (Apr. 6) announcement to move our province backward, effectively abandoning the plan that Albertans had worked diligently over the past months to follow, is the wrong decision.”

The MLAs who signed the one-page statement said they have “heard from our constituents and they want us to defend their livelihoods and freedoms.”

On Apr. 12 Premier Jason Kenney was asked about Cooper’s signing the letter. He replied, in part, that, “The long-standing convention is for speakers to scrupulously maintain their neutrality and in my 24 years as a parliamentarian I cannot ever recall a speaker having violated that, until last week.”

Later that day Cooper told the Legislature: “In haste, I engaged on a matter of public discourse that, while important to constituents that I represent as an MLA, has raised questions about the impartiality of this chair. Upon quiet reflection and given the benefit of time I have deep regret for my error in judgement.”

In an interview with the Albertan on Apr. 16, Cooper declined to say whether he continues to support the comments and contentions made in the Apr. 7 letter.

Specifically he was asked, “Are you among the 16 group (letter writers) or aren’t you? Are you asking for the letter to be resubmitted without your name on it?”

In response he said: “I’m happy for people to continue to reach out to me and if anyone has concerns about the letter or about my actions as Speaker I hope that they will reach out to my office.

About the Author: Dan Singleton

Grappling with how to press the virtual flesh, parties gear up for election showdown
May 9, 2021 10:15 AM