“They had no idea that the river was that cold, or that dangerous, they just went for it and they almost paid with a family member drowning.”
Jul 20, 2021 10:45 AM By: Cathy Ellis 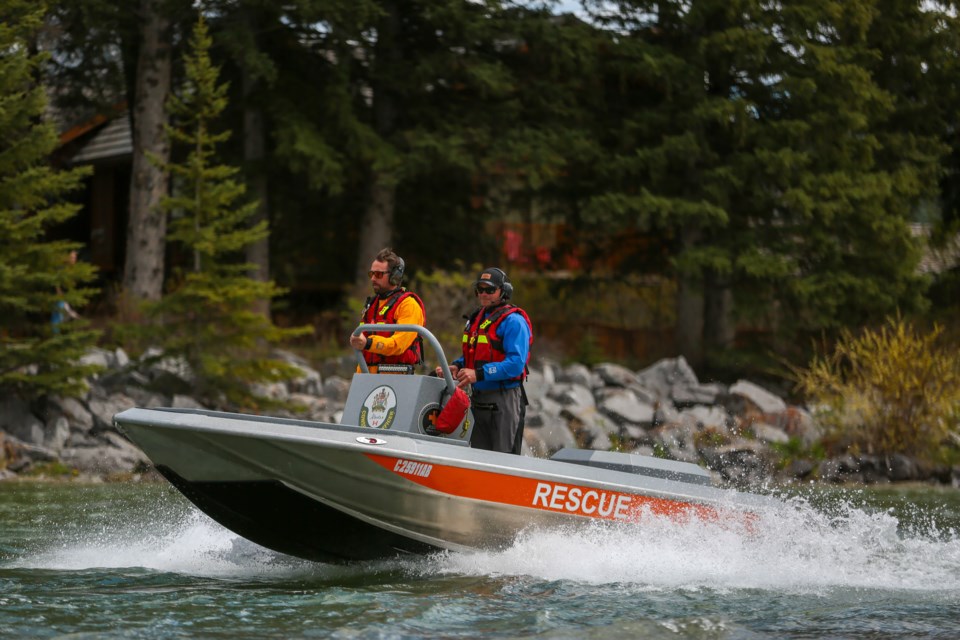 Kananaskis Public Safety rescuers say a family of six – mom, dad, grandpa and three young children – got into trouble on the river near Exshaw when three people went under the water, including the mom who was pinned in a logjam.

“It was a close call… it very much could have gone the other way,” said Darren Vonk, a public safety specialist with Kananaskis Public Safety.

“They had no idea that the river was that cold, or that dangerous, they just went for it and they almost paid with a family member drowning.”

“Her ankle was was pinned about three feet deep in the water by a log that was getting pushed by the current against a stationary log,” Vonk said.

“Her straps on her life jacket were all tangled on other branches so we had to cut all the stuff away to get her out.”

Initially, the mom and one of the children popped up into a void in the logjam and Vonk said the mom was able to push her child onto the logjam.

“One of the other young children actually went underneath the log jam and grandpa grabbed him,” he said.

“Miraculously, he didn’t get pinned and was able to pull the young child back up onto the logjam.”

The family was shuttled back to the boat launch where they were assessed by EMS for minor injuries.

Canmore Fire Chief Walter Gahler said they used the jet boat to do a complete sweep of the Bow River, but failed to turn up anything.

“From what I understand, at the end of the day, the boaters were found safe near the golf course on shore,” Gahler said.

“There was no injury, no life lost, so that was very good news.”

The number of river rescues has been more than usual this year, particularly given the record heat wave in the Bow Valley and western Canada pushing people to seek water.

According to Environment Canada, this week is set to be a hot again with temperatures forecast to be in the mid- to high- 20 degrees Celsius.

“We put it down to people just coming out and wanting to get outside and they don’t really know the environment they’re coming into and it’s always more than they expected,” he said.

“We very rarely –  if ever – have experienced paddlers that are really in trouble. It tends to be the recreationalists who are under prepared and under equipped.”

Kananaskis Public Safety reminds people that the Bow River is not for novices. It’s extremely cold and fast and should only be tackled by people with experience.

Rescuers say this particular family was using inner tubes, while other people that have got into trouble on the river are in rafts such as those sold at Canadian Tire.

“That’s completely and utterly inappropriate for the Bow River at any time – you have to have appropriate gear,” Vonk said.

Vonk said the Bow River also has many hazards such as strainers and sweepers around almost every corner.

“You’ve really got to understand that the Bow River is not just a casual outing, it’s a big serious outing,” he said.

“If you don’t have the experience on the river, go find a lake or reservoir to float without a current.”

Over the past week, Kananaskis Public Safety has responded to an average of two calls per day, including bikers, scramblers, hikers, off-highway vehicles, overdue hikers and searches.

About the Author: Cathy Ellis

Freeland says Liberals will extend aid programs to October because of uneven rebound
Aug 2, 2021 9:15 AM
Comments