Hearts For Healthcare disheartened with AHS decision on potential doctor

Alberta Health Services (AHS) may not approve the relocation of a family physician to the Cold Lake area, on the premise that she can perform specialties AHS believes are already being offered to their fullest extent. On Tuesday, Oct.
Oct 18, 2016 1:00 AM By: Lakeland Today Staff 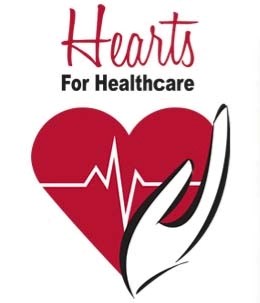 Alberta Health Services (AHS) may not approve the relocation of a family physician to the Cold Lake area, on the premise that she can perform specialties AHS believes are already being offered to their fullest extent.

On Tuesday, Oct. 11, councillors agreed that the City of Cold Lake would show their support in the form of a letter after Hearts For Healthcare (HFH), a volunteer board that helps attract and recruit physicians to Cold Lake, received notice that AHS may not support a physician moving to Cold Lake on the basis that they are certified to perform cesarean sections.

The doctor interested in the position has worked in Cold Lake in the past, and is interested in moving to the area once again to open up a full family practice and to offer her C-section services to the public.

The letter is addressed to Dr. Kevin Worry, North Zone Medical Director for AHS, and expresses HFH's concerns on the lack of physicians in Cold Lake. It emphasizes their work as an organization, along with the help of the city and local physicians, to bring more doctors to the community including the organization's contribution of over $200,000 and countless volunteer hours.

“Hearts for Healthcare, the City of Cold Lake, and the physicians of Cold Lake, are working very hard towards the recruitment of new physicians. We know the community has been lacking for a long time and there are thousands of unattached patients, but it is not an easy task and there are many hurdles to jump over,” said Theresa Nickel, executive director for HFH.

Nickel continued, adding HFH would not stop until they have reached their recruiting goals.

Alberta Health Services is currently advertising two positions for general practitioners in order to help fill the void of over 4,000 residents unattached to a family physician. These hires do not include the two recently recruited doctors, both certified to perform C-sections.

“So with those two new additions, (AHS) is stating that there is no room for another doctor with those specialties, and that there are not enough patients (in the area),” explained Nickel.

In the city, a physician is currently offering C-sections to patients. With the two new recruits; there will be three trained physicians in the area who are certified to perform C-sections.

“I look at it as if you are building a team at the hospital, and you would think that you would want to have the strongest bench possible,” said Mayor Craig Copeland, adding having a physician who is interested in moving to the area with these qualifications is “like a gift.”

Each year, there are approximately 100 C-sections performed in Cold Lake.

Nickel said AHS has told HFH that once the two new physicians come to the community and start their practices, there may not be enough work for a fourth physician with this specialty.

Council was concerned about the number of families travelling out of the area for obstetrical care, including cesarean sections.

“We do a lot of researching and listening to the concerns of the community, and it has been proven that there have been many, many, many Cold Lake residents who go to Bonnyville for those services. Our obstetrics gets shut down quite often, so when mothers go into labour they are shipped out because we have no doctors to handle it and that's a huge concern to us,” Nickel said.

Coun. Chris Vining spoke from personal experience. Both of his children were born in Bonnyville even though they are Cold Lake residents, because of the lack of c-section availability. He recommended council look into how many residents are forced to travel out of the area in order to get this service.

“We are hoping this letter will bring to their attention that this community is in dire need of more physicians,” emphasized Nickel. “For them to turn down one doctor who is willing and able, and is in Canada right now, to come here, immediately, is confusing. We really don't understand.”