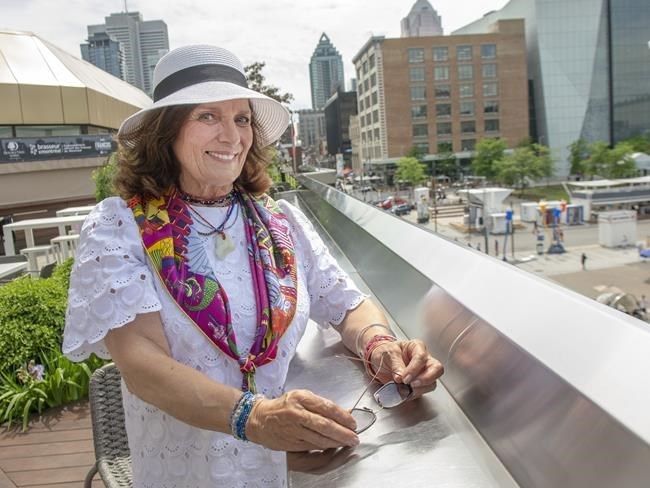 MONTREAL — Prime Minister Justin Trudeau said his mother was doing fine Tuesday after a fire at her downtown Montreal apartment sent her to hospital.

Margaret Trudeau, 71, was transported to hospital after the fire that broke out on the patio of the building just before midnight Monday.

Before his daily COVID-19 briefing the following morning, the prime minister addressed his mother's condition.

"I know many of you have seen reports about my mom," Trudeau said. "I want to let you know that I've spoken with her and she's doing just fine."

Trudeau thanked those who've reached out and first responders who answered the call.

In a tweet earlier Tuesday, the prime minister also said his thoughts were with those forced to flee because of the fire.

Authorities did not identify Margaret Trudeau by name, but a spokesman for the Urgences Sante ambulance service said a woman in her 70s was taken to hospital with burns and suffering smoke inhalation.

There were no other reported injuries, but three families were forced from their homes by the fire and were assisted by the Red Cross.

The fire required the intervention of several dozen firefighters from the Montreal fire department.

The building on Docteur-Penfield Avenue is not far from the Montreal General Hospital.

Neither the extent of damages to the building nor the cause of the fire had been determined.

On its Twitter account, the fire department reported at 1:50 a.m. that the fire was out and its intervention concluded.

This report by The Canadian Press was first published April 28, 2020.