Local municipalities are standing up for Imperial Oil after the announcement of an appeal hearing on their Cold Lake Expansion Project.
Apr 16, 2019 1:00 AM By: Meagan MacEachern 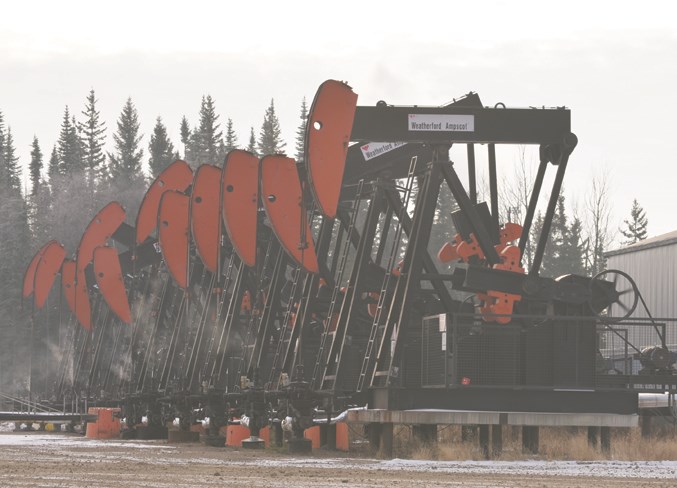 Local municipalities are writing letters to explain how bills C-69 and C-48 will impact the region.

Local municipalities are standing up for Imperial Oil after the announcement of an appeal hearing on their Cold Lake Expansion Project.

The settlement would like to see further consultations with Imperial regarding the expansion, have the company conduct a Elizabeth Métis Settlement project-specific Traditional Land Use and Impact Study, have an in-depth historical assessment on the former colony lands, and a stay of the approval until these conditions are complete.

When the MD of Bonnyville and City of Cold Lake caught wind of the hearing, they immediately jumped on board to show their support for the project moving forward.

“For the MD to have a say in Imperial Oil and a project that’s taking place within the MD, I think we should be a natural intervener on this one,” expressed Reeve Greg Sawchuk. “Of course, we probably have the most to lose by this project not going forward.”

He added, “What we would like to speak on in regards to Imperial Oil is that they’ve had an enormous impact on our community. They’re a good neighbour, we’ve found them to be extremely transparent with all of their operations, and they work well with the municipalities and give back to the community, not only through direct sponsorship, but through their taxes as well.”

The municipalities are welcome to participate in the hearing, but first have to apply for one of two roles. A written application must be submitted by April 16.

Strategic initiatives manager for the city, Andrew Serba, said during Cold Lake’s regular council meeting on Tuesday, April 9 they can make this request in one of two cases.

The first is if the city feels the decision to appeal will negatively and adversely impact the municipality, while the second is if they can bring forward new information that won’t be redundant and unnecessarily delay the proceedings.

“This is a project that was approved by the AER after a couple of years of going through all of the consultation process. They had about 20 statements of concern (at one point)… My thoughts on it are to jump in on the first case, where if the AER rules in favour of this, it’s going to cause economic issues for our community and for Imperial Oil. I think it’s time we got involved in helping the oil industry,” expressed Mayor Craig Copeland. “I just think that if we sat back and didn’t get involved, we’re not doing a service to a major partner in our community.”

Imperial applied for regulatory approvals for the Cold Lake Expansion Project in March 2016. Nearly two years later, in August 2018, it was approved.

A month after Imperial received the go-ahead, the Elizabeth Métis Settlement submitted their request for an appeal hearing, which was announced     April 1, 2019.

Cold Lake Coun. Bob Buckle explained during the city’s meeting his thoughts on how this is all unfolding.

”The whole Aboriginal Consultation Office (ACO) process was to eliminate this from happening. How do you get behind a process where the office says that consultation has happened and it’s now closed and it goes to the AER who then says ‘okay, thank you we will proceed with other concerns,’ and then approval is granted? Now, you have a complete head-run by a settlement coming in and saying ‘wait a minute, we have concerns.’”

He added, “We have someone basically coming in and bastardizing that process, which makes the ACO process irrelevant in my mind, because what’s the point of it? I think this is a huge issue that’s much bigger than the City of Cold Lake and Imperial Oil.”

For the MD, seeing this project move forward is vital.

“We’re hoping to push forward with the approval of this project. We feel there was plenty of time for this discussion when the initial consultation took place,” Sawchuk stressed.

The date of the appeal hasn’t been released at this time, however both the MD and city have expressed their interest in being a part of the hearing.