Mothpocalypse: There is an outbreak of moths in Metro Vancouver (PHOTOS & VIDEOS) 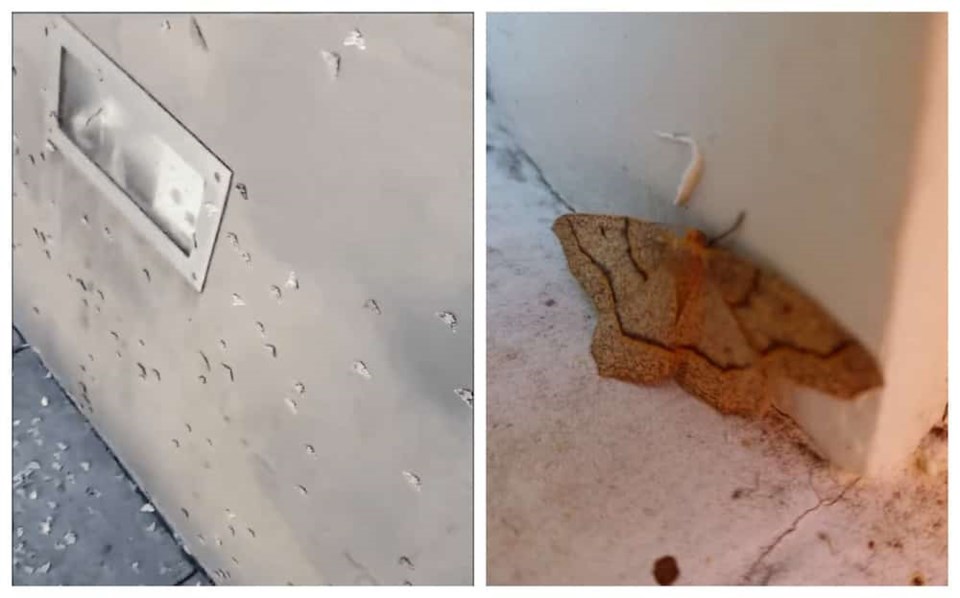 If you feel like you've been seeing a great deal of moths lately, you are not alone.

Metro Vancouverites have taken to social media to share images and videos of the winged insects, noting that they have arrived in swarms.

And while it isn't uncommon for locals to post about invasions of 'creepy crawlies' - flying ant day is an annual grievance - this particular type of infestation might not take place for another decade. That said, it may not end soon.

According to the District of North Vancouver, there is currently an outbreak of western hemlock looper moths that started on the North Shore. Now, the pests are spread throughout the Lower Mainland.

Outbreaks occur every 11 to 15 years when environmental factors cause their populations to spike.

While there are no practical measures that may control the outbreak, it typically runs its course within three years.

Have a look at some of the photos and videos locals have snapped of the swarms this year.

I, for one, welcome our new insect overlords pic.twitter.com/UhzgZZgzIh

So people in Vancouver keep talking about moths? And I see why. Every window has them. pic.twitter.com/4WAZNKrrOI

Is this one of those loopy, #looper #moths? Wish I had a bit of tasty 🌲 to offer it. Think it just wants a nap tho. #Vancouver pic.twitter.com/aLjgsj12TZ

Thise brown things over the door and wall are moths!!! pic.twitter.com/4JBywbDrIO

Invasion of the moths here in #Vancouver. pic.twitter.com/zsF1inyJrz

Is this one of those loopy, #looper #moths? Wish I had a bit of tasty 🌲 to offer it. Think it just wants a nap tho. #Vancouver pic.twitter.com/aLjgsj12TZ

Oh fantastic!! What a sight - I saw several hundred lining the banks of the Fraser river this morning in delta - amazing! (If not several thousands) - nearly every tree (mostly on the western hemlock but the Douglas fir too) 9 Sept 2020 #exploredelta #moths #insects #nature pic.twitter.com/h4lfaklbdG

The moths in question are Phantom Hemlock Loopers. They are even causing issues for us entomologists. Credit for video and ID to @ChalisseryJaime and @Snoozriel. More info here: https://t.co/4cKUYR24Ez https://t.co/SJDoyTCAFj pic.twitter.com/XaRiOYob1l

– with files from Brent Richter and Ben Bengston.

About the Author: Elana Shepert