Local politicians say the proposed changes to Alberta's municipal election laws won't have much of an impact on smaller communities.
Dec 6, 2018 10:27 AM By: Meagan MacEachern 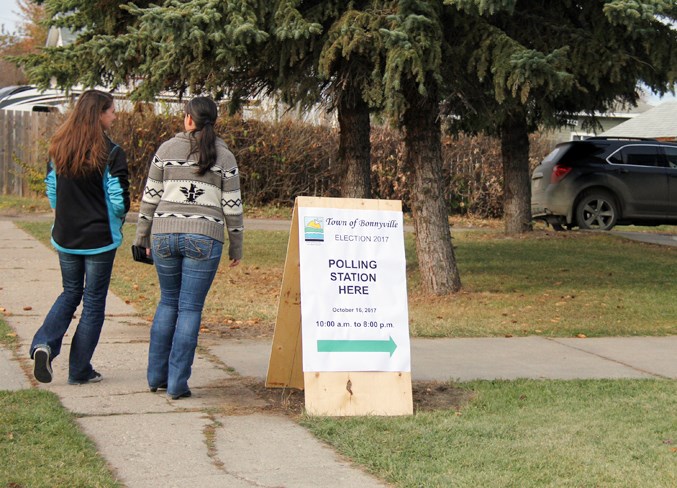 Local politicians say the proposed changes to Alberta's municipal election laws won't have much of an impact on smaller communities.

Bill 23, An Act to Renew Local Democracy in Alberta, was introduced by the provincial government in early November, as a way of creating more transparency and updating the laws that surround municipal elections.

Under the suggested legislation, contributors can donate up to $4,000 province-wide for municipal and school board campaigns.

The act reduces campaign periods to run from Jan. 1 to Dec. 31 the year of the election. Any fundraising and contributions are also limited to that period.

Neither Town of Bonnyville Mayor Gene Sobolewski, City of Cold Lake Mayor Craig Copeland, or local school board chairs felt Bill 23 was going to have an impact locally.

“This was one of the campaign policies the NDP wanted to work on, because there were some so-called special interests where big businesses were getting involved in elections,” said Copeland. “I’ve never seen it before in Cold Lake, but unfortunately rural Alberta gets tied in with Edmonton and Calgary."

Sobolewski agreed, “For the smaller (municipalities) such as us, I don’t really see it having a big impact, particularly during the election. There aren’t really a lot of expenses compared to a larger city."

The new legislation would also require disclosure statements from all candidates, make them release names and addresses of those who contribute more than $50 to their campaign, and restrict campaign activities at voting stations.

“They’ve made some big changes, but I don’t think they’re going to affect us in any way,” Copeland noted.

Lakeland Catholic School District board chair Mary Anne Penner said the same about the proposed changes, describing the school board's role in the act as "just a side note."

The same was felt by Arlene Hrynyk, chair for the Northern Lights Public Schools board of trustees.

She said, "I think this is more focused on the metro settings where the elections are far more heightened and there's a larger population of candidates. I don't think we will see any impacts at a local level."

Sobolewski feels there isn't an issue with the way they're conducting business now, at least not locally.

“I know they’re trying to do something provincially, and I know the rhetoric of trying to make it equal. Okay, that’s fine, but I didn’t really see the need for any kind of retooling. I didn’t think there was a problem."

Over 1,500 Albertans took part throughout the consultation process for Bill 23. Ninety per cent of survey respondents agreed that corporate and union donations should be banned in local elections, while 85 per cent felt individual contribution limits need to be lowered to $4,000, and 94 per cent stated there should be rules and transparency around third-party advertisers.

Copeland said it was good to see a restriction on the amount of time someone can spend campaigning.

“They’re trying to tighten it up, so the big city mayors have a set time period for them to campaign,” he added. “I think it’s good for the voters so they’re not campaigned to death."

Copeland continued, “A lot of these policies are made for big cities. In rural Alberta, I don’t really think a lot of what they’ve put in the bill is going to effect us at all."

According to the province, if passed, the bill would be implemented in time for the next municipal election.