Residents are frustrated with the province’s decision to head down a road where driver examiners are publicly regulated.
Mar 26, 2019 2:00 AM By: Meagan MacEachern 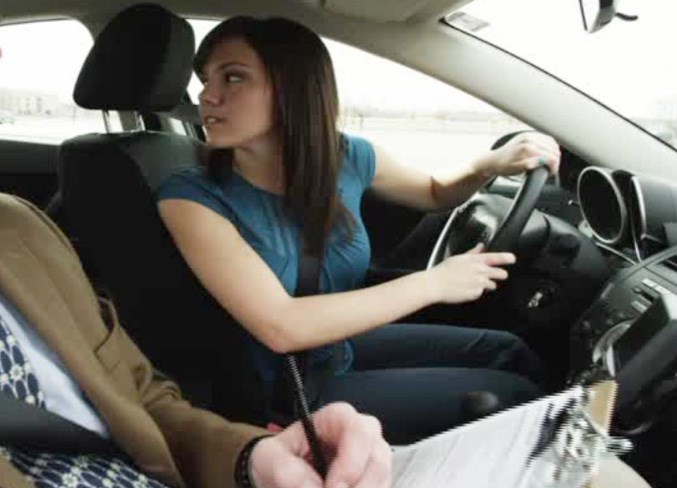 Since the province has switched driver’s examiners from privately managed to publicly, residents have been forced to drive to Lloydminister for testing outside of Cold Lake’s one-day per month window.

Residents are frustrated with the province’s decision to head down a road where driver examiners are publicly regulated.

Prior to March 1, driver examiners were private businesses contracted by registry offices such as Bonnyville Registries and Tri-Town Registries in Cold Lake.

Since the provincial government made the switch to a publicly-run program, the local registry offices have been unable to offer road tests regularly.

“Currently, Alberta Transportation is in a transition phase. We’ve gone from having examiners three to four days per week, to none. We have one day of testing in March, and haven’t seen a schedule for April yet,” stated Rick Hetherington, owner of Tri-Town Registries.

“Right now, there’s a lot of frustration in the market place with Bonnyville and Cold Lake, this whole area, trying to get road tests. I think currently the closest place that has regular scheduling is Lloydminister, and then you’re into the bigger centres like Edmonton.”

Luc Van Brabant, owner of Bonnyville Registries, said their office used to offer the service twice per week and were often fully booked.

“We had two independent contractors, one was from Cold Lake and one was from St. Paul,” he stated, adding at this point, they don’t have any dates available for these tests.

Residents have expressed their irritation with having to travel to Lloydminister to conduct their driver’s exams.

“I get why the government has taken this step, however, this is crazy. Such a backlog of people who are wanting to get their license. Called all over and now we have to drive a minimum of two hours to go for a driver’s test, take time off work, and extra fuel costs. The government should have had all their ducks in a row before they switched over. Typical of them to do such a knee-jerk reaction and have nothing in order,” expressed Candace C. Chartier-Feland on Facebook, when the Nouvelle reached out to readers for their thoughts on the issue.

Former Bonnyville-Cold Lake MLA Scott Cyr explained how his phone has been ringing off of the hook with similar comments.

“The fact is, we have vast distances to be able to get that training out to… That’s why the old system, which had been working just fine, was something that we really needed to review, probably the cost of it, but not the structure of it,” he stated.

Hetherington agreed, “I think, had they just kept the contractor model, and oversaw it properly and with more diligence, they could have avoided the problems they have now.”

The decision to switch follows a survey conducted by the province. Over 5,000 Albertans took the time to share their thoughts with the government.

Of those that completed the survey online, 78 per cent were in favour of a government-run road test program, while 70 per cent of those polled over the telephone agreed.

In terms of standardizing driver’s exam fees, 90 per cent of online surveyors thought this was the way to go, and 88 per cent of those contacted by phone were on-board.

“The question is, is the information they’re gaining from these surveys an accurate reflection of what rural Alberta needs for our driver’s examiners,” noted Cyr, adding another concern is whether rural Alberta was well represented.

“It’s easy to say that driver’s exams should be standard, but we all recognize there’s a complete difference between urban and rural Alberta.”

According to Cyr, the province’s main reason for moving their tests from private to public, is in order to better regulate cost.

“Instead of dealing with the rising costs of that service, the province decided to just go in there and make sweeping changes,” he noted. “It seems to me to be an overreaction.”

Hetherington feels Alberta Transportation is in the midst of a transition period, and is hoping things will turn around sooner rather than later.

“They’re doing their best to try and make it happen, but I think it was very poorly structured and an unreal timeframe that just didn’t allow them to roll it out properly.”

Reader Colton Corbiere said on social media, “I believe that change ensures equality in the price for exams. However, the government needed more time to ensure they had qualified examiners ready to start as soon as the takeover began.”