Alberta Education has closed the doors of the Cold Lake Trinity Christian School Association. In doing so, they have left what the Wildrose is claiming to be thousands of families, in the unknown. On Oct.
Nov 1, 2016 1:00 AM By: Lakeland Today Staff 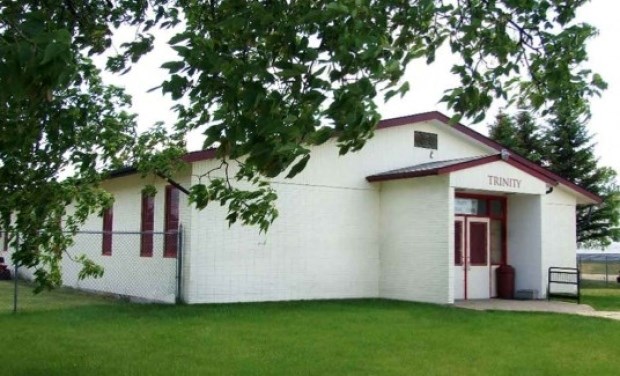 An audit conducted by Alberta Education found a misuse of public funds by the Trinity Christian School Association in Cold Lake.

In doing so, they have left what the Wildrose is claiming to be thousands of families, in the unknown.

On Oct. 25, Alberta Education announced the closure of Trinity Christian School and the cancellation of their registration and accreditation as a private school operator, after conducting an audit of the school's finances.

The board of the Trinity Christian School Association voiced their displeasure on their Facebook page, stating, “We are extremely disappointed with (Tuesday's) sudden decision made by Minister (of Education) David Eggen. It will have a dramatic and negative impact on the over 3,500 students and families whose education has now been interrupted.”

The school, along with Wisdom Home Schooling have retained legal council to oppose the removal of accreditation, and deny the accusations being made by Alberta Education.

“Wisdom's holding of funds on behalf of Trinity is neither illegal nor deceptive, a fact that is expected to be substantiated by the courts in the days ahead,” Wisdom explained in a statement Oct. 27.

It was through the audit conducted that Alberta Education claims to have found numerous issues. It was determined that public funding given to the association was being used to support the Wisdom Home Schooling Society.

Wisdom has been Trinity Christian School's home education administrator for 21 years, and helped support the approximately 3,500 home school students in various communities. Wisdom was established in 1997 after being mandated by Alberta Education.

“There has been a transparent financial audit of Trinity/Wisdom every year, and Alberta Education has conducted many additional audits. Every income and expense is meticulously recorded and accounted for,” Wisdom wrote in a statement to the parents dated Oct. 25.

In the review conducted, Alberta Education states they found that Wisdom had retained nearly one million dollars in unclaimed parent funding over the past three years.

Wisdom replied to the comment, stating that all funding is required by Alberta Education to remain within the school, and, since Wisdom is the administrator for Trinity Christian's home-education programming, it was “logical that Wisdom retained unspent funds and used them on home education programming.”

Alberta Education said there are further issues surrounding the association involving senior management and related-party transactions, and includes terms of employment contracts and terms of leases with related parties. Baby sitting and funeral expenses were also found through the audit conducted, and have been described as “inappropriate expenses,” including the “double-dipping” of mileage.

Eggen stated that the government is committed to supporting Alberta's students and “to ensuring that as much public funding as possible is being directed to the classroom, whether that classroom is in a home or in a bricks-and-mortar school.”

He continued, “The decision to cancel accreditation and registration for Trinity Christian School Association was made out of respect for taxpayers and the many families who entrusted this school to properly account for the funding granted for the purposes of their children's education.”

“Like everyone, we were shocked to hear that, according to the department of education, taxpayer funds were mishandled at Trinity Christian. It's vital that we are always vigilant in how taxpayer resources are being handled.”

He continued, “We are hearing reports from parents across the province, frustrated by late afternoon robocalls and unsatisfactory answers by ministry officials about if they will still be able to access the same parent-driven models of education they have chosen for their children.”

Wildrose will be reviewing all documents related to the case, and will continue to advocate for the students and families impacted by the closure of the school.

In response, Wisdom stated that Alberta Education has “arbitrarily determined that the work of Wisdom is not the work of Trinity.”

Currently, Wisdom and Trinity Christian are encouraging parents to sit tight until the Wisdom Parent Advisory Council is able to communicate suggestions regarding other options.

Many parents are responding to the allegations through Wisdom's website, and have commented on the letter posted by the association showing their support for the school, while others are waiting patiently to hear both sides before establishing a formal opinion.

A petition has also been created for the reinstatement of Trinity's accreditation, and, as of the morning of Thursday, Oct. 17, had over 1,700 signatures after only two days. The petition was started by Adam Soos, and said “out of concern for the students adversely affected by this rash decision, we demand that Trinity Christian School Association and their home schooling associates be allowed to continue providing education until a level headed inquiry has been carried out.”

Once closed, the petition will be delivered to Eggen.

As of Regional press deadline Friday morning, both the RCMP and the CRA had yet to receive a formal complaint from Alberta Education.

Officials from neither Trinity Christian School or Wisdom were available for comment prior to press deadline.