Two-thirds of Canadians would support a COVID-19 curfew if pandemic severe: Poll

OTTAWA — More than two-thirds of Canadians say they would support a curfew if the COVID-19 pandemic became serious enough, according to a new poll.
Nov 10, 2020 1:45 PM By: Canadian Press 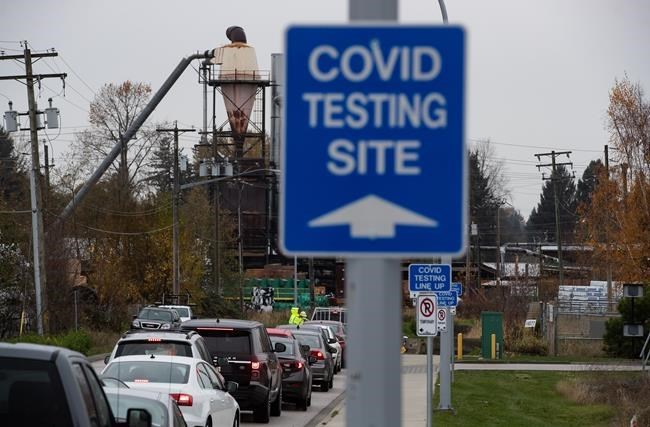 OTTAWA — More than two-thirds of Canadians say they would support a curfew if the COVID-19 pandemic became serious enough, according to a new poll.

The survey by Léger and the Association for Canadian Studies found that 67 per cent of Canadians would back a temporary nighttime curfew — 10 p.m. to 5 a.m. — to curb viral spread in dire circumstances.

However, respondents' enthusiasm varied by age, with young people less disposed to the notion.

Fifty-five per cent of respondents aged 18 to 34 said they would support a curfew, while three-quarters of those aged 55 and over endorsed it — including 80 per cent of those over 65.

Two out of three respondents between the ages of 35 and 54 also took to the idea.

The prospect of a curfew has been floated in several provinces, with Manitoba Premier Brian Pallister saying last week he was mulling it.

Pallister backed away from the possibility Monday after he asked Manitobans to weigh in via an online government survey.

Canadians in Alberta, Ontario and Quebec were less inclined support a curfew, with fewer than two-thirds of residents there giving the thumbs-up, the survey found.

Well over 70 per cent of respondents in B.C., Saskatchewan, Manitoba and the Atlantic provinces said they would back a curfew.

Nevertheless, majorities in all age groups, and in every part of the country, backed the idea if the COVID-19 pandemic were severe and public health officials recommended it.

The differences in opinion could relate in part to rules already in place in various regions.

“In Quebec, with bars and restaurants closed, there’s nothing to stay up for,” said Léger vice-president Christian Bourque.

"But in some provinces — Alberta, for example — a lot of places are still open."

Canadians' receptiveness to stricter COVID-19 measures has been a constant throughout the pandemic, and stands in stark contrast to waves of resistance in the United States.

"We’ve seen since the beginning of the current crisis that Canadians tend to be largely supportive of government initiatives," Bourque said.

The differences north and south of the border speak to divergent national characteristics that are centuries old, he said.

"In Canada we have the Red Tory and very British collectivism that’s still part of our roots culturally. Whereas in the States there’s sort of a rejection of the state telling us what to do, that government has no business in my personal affairs," Bourque said.

Conducted Nov. 6 to 8, the online poll surveyed 1,534 adult Canadians and 1,002 Americans. It cannot be assigned a margin of error because internet-based polls are not considered random samples.