Bringing a little farm to the big city

Some residents in the City of Cold Lake are wanting to bring a little taste of farm life to the city and have requested to create an urban farm and start keeping hens.
Apr 22, 2021 11:45 AM By: Meagan MacEachern 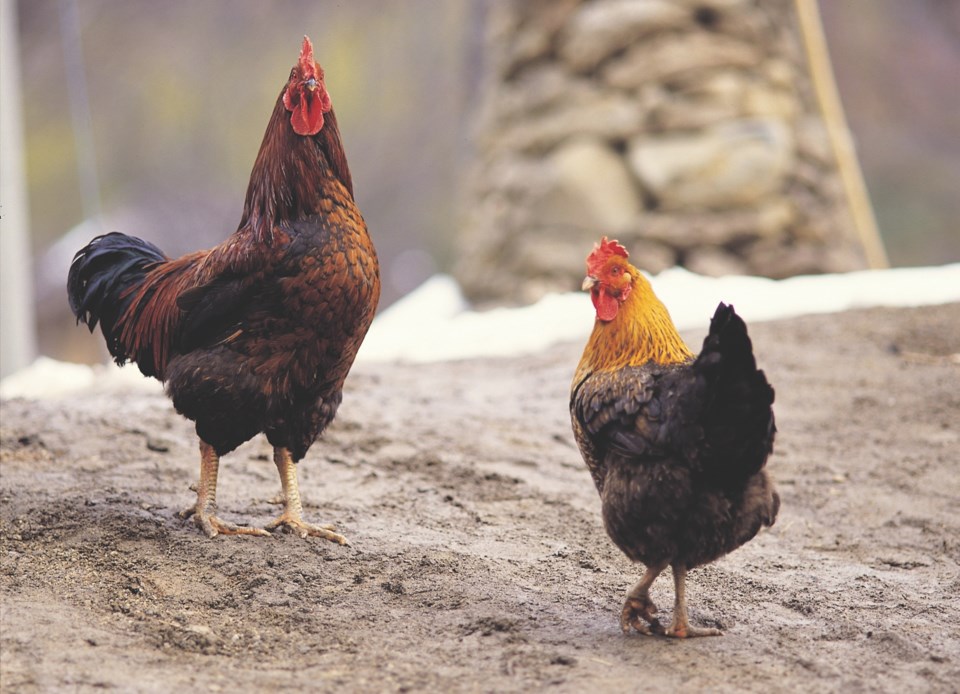 COLD LAKE - Residents are wanting to bring a little taste of farm life to the City of Cold Lake by way of urban farming and hen keeping.

On Tuesday, April 20, council discussed a resident's request to create a small urban farm on an empty lot in their neighbourhood.

“The idea is they would grow their vegetables and where there is a surplus that they can’t use themselves, they would sell it to their neighbours,” explained Howard Pinnock, general manager of planning and development for the city.

During their committee meeting, council weighed the pros and cons of allowing residents to plant their seeds in residential areas.

"I’m in favour with the concept, but I’m not in-favor of any curbside sales in a residential area," Coun. Bob Buckle stated. "Even if one resident is uncomfortable and doesn’t like the traffic, the equipment, or the mud that comes onto the road... I am a bit hesitant in the residential (areas) and whether you get buy-in from all of the other residents on that street.”

He added, "If they’re going to strip that land and turn it into a big dirt pile... that mud is coming right onto that street. They need to be responsible for that or we will be getting phone calls to city hall."

Coun. Kirk Soroka agreed, noting there is "potential for some friction with their neighbours."

“I think it’s good for the neighbourhood community and involvement," expressed Soroka, adding it's an opportunity to teach children in the area about where their food comes from.

“I don’t want to restrict people from using dirt to grow things,” he continued.

Soroka's suggestion was to allow the farm, but require any excess food be taken off-site for sale, such as at a farmers' market.

"I think this is a great use of land as opposed to just having it grow over with weeds... It’s better use of that empty land,” Coun. Chris Vining said.

Administration will make amendments to the city's current land-use bylaw before bringing it back to council for further discussion and a decision.

“There has been interest from members of the community to see if it would be possible to have urban hen keeping within the City of Cold Lake,” stated Kristy Isert, general manager of corporate services for the city.

Currently, the City of Cold Lake doesn't allow the keeping of livestock, including fowl, within the municipality, however, recent interest has council pecking away at the idea.

"It may be beneficial to start first with a pilot project where a smaller number of participants would be permitted," said Isert.

The pilot would be tested on a few residents and include a list of parameters, such as how many hens a resident could keep, where the coop is located on the property, the cleanliness of the coop and the hens, and that the resident take a training course on hen keeping.

“My fear is someone takes this on as something fun to do with the kids and then they wind up with issues such as predators, insufficient coops not being cleaned properly, and the disposal of corpses when things go sour,” Vining expressed.

Isert said the training program would cover all of those bases. The one city administration is considering is Chicken 101.

Despite the training however, council was still apprehensive about predators.

“Every predator out there... the smell attracts that. This is where you need to protect your neighbours. If your neighbours are alright with it, I know I wouldn’t want it next to my house,” exclaimed Coun. Duane Lay.

This is one of the reasons why council agrees the resident would need permission from their neighbours before going ahead with a coop.

Buckle was wondering happens when the chickens get out and the homeowner isn't there to round them up.

“That’s a capacity issue that has to be looked at. Because what are you going to do when the call comes into bylaw? Somebody is going to have to deal with that."

He added, “I think there’s probably nothing wrong with the city going into it, but I think we do it cautiously."

Similar to the urban farm, Mayor Craig Copeland wants to ensure that any neighbours along the property line are informed and okay with it first.

“I think getting the neighbours to buy-in would be important."

Details of the pilot program, such as how many hens, the size of the coop necessary, and where on the property the coop is kept will come back to council for decision.

Vining said, "If you get good hens, the noise and stuff is no big deal if you're caring for them properly."