EDMONTON — Alberta has recorded its first case of a new COVID-19 variant that is wreaking havoc in India as the province deals with another surge in cases. Dr.
Apr 23, 2021 11:15 AM By: Canadian Press 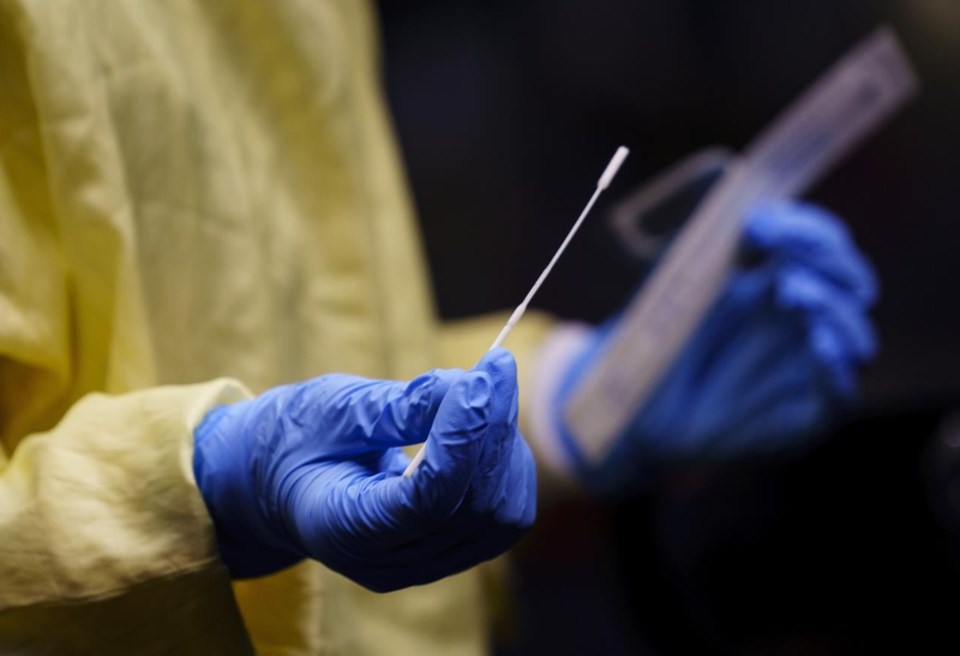 A nurse gets a swab ready to perform a test on a patient at a drive-in COVID-19 clinic in Montreal, on Wednesday, October 21, 2020. THE CANADIAN PRESS/Paul Chiasson

EDMONTON — Alberta has recorded its first case of a new COVID-19 variant that is wreaking havoc in India as the province deals with another surge in cases.

Dr. Deena Hinshaw, chief medical officer of health, says the province has confirmed a case of the B.1.617 variant first identified in Denmark and also found in California.

Hinshaw says it was brought to Alberta by an interprovincial traveller.

Alberta reported another 1,857 new cases of COVID-19, bringing the total active case count to 19,182 as the third wave continues.

There were six additional deaths reported in the past 24 hours.

Hinshaw says some cancer patients are being made eligible for their second dose of vaccine sooner rather than later.

"Those in Alberta who are undergoing specific kinds of cancer treatments or who are on other medication that results in a level of profound immune compromise will be able to book a second dose 21 to 28 days after their first," she said during Thursday's briefing.

Hinshaw noted there are 518 people in hospital with COVID-19, including 116 in intensive care.

"It's important to remember that hospitalizations are a lagging indicator, and these individuals in hospital were likely first infected around two to three weeks ago," she said.

"We must bend this curve down to prevent these severe outcomes and the subsequent impact on our health-care system."

This report by The Canadian Press was first published April 22, 2021