Hinshaw said people who have been fully vaccinated for at least two weeks no longer need to isolate as long as they don't show symptoms.
May 21, 2021 10:45 AM By: Canadian Press 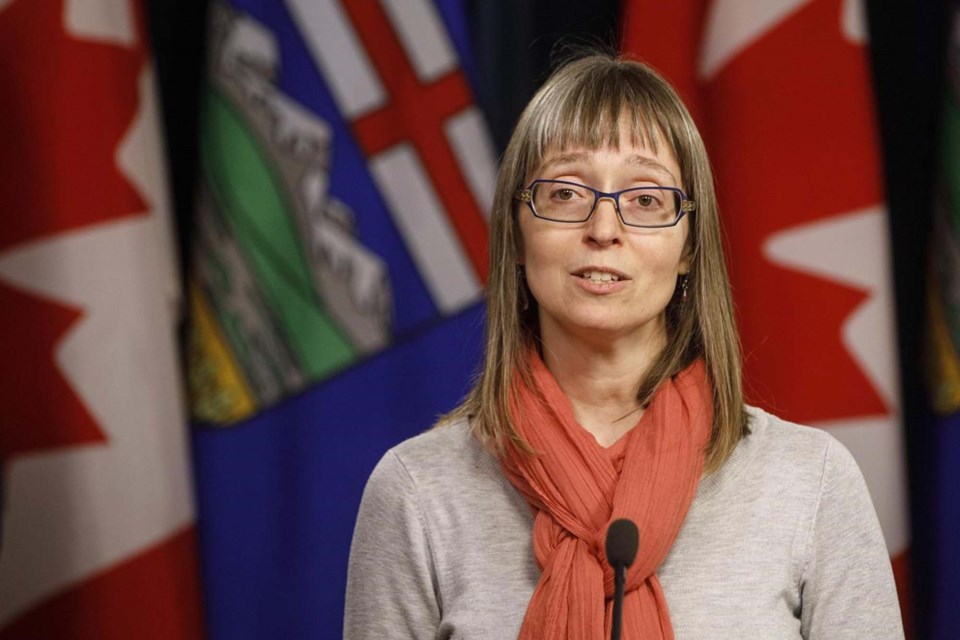 EDMONTON — Fully vaccinated Albertans no longer have to quarantine if they are exposed to COVID-19 and are not showing symptoms, the province's chief medical officer of health said Thursday.

"While vaccines don't erase all possibility of infection, the data shows the vaccine reduces the amount of virus in the person's body, even if someone does get infected, which further reduces the risk of transmission," said Dr. Deena Hinshaw.

She also said people who have had one shot can have their isolation time reduced.

Until Thursday, people were legally required to quarantine for 14 days when a close contact was confirmed to have been infected with the virus.

Hinshaw said people who have been fully vaccinated for at least two weeks no longer need to isolate as long as they don't show symptoms.

If that person is symptomatic they will be required to isolate and get tested. They would no longer need to quarantine if their test is negative, but if it's positive, they must isolate for 10 days after their symptoms started.

Hinshaw said for those with one vaccine dose the quarantine period has been reduced to 10 days, or as long as they also don't have symptoms.

Those who have a negative PCR test on Day 7 or later can be released from quarantine, but those who test positive must isolate as usual.

All the other restrictions still apply to people who haven't had any vaccine and those returning from international travel, Hinshaw said.

She noted that almost 51 per cent of Albertans age 12 and older have received at least one dose of the vaccine. But she stressed that public health restrictions are still in place and must be followed to keep infection rates down.

"We are gaining momentum, but it is fragile and we cannot afford to take this (long) weekend off from following the rules," she said.

There were 812 new COVID-19 cases reported Thursday in Alberta and four new deaths.

Since the pandemic began more than a year ago, a total of 2,162 people have died from the virus in the province.

Hinshaw said there were 665 people in hospital, including 177 in intensive care.

She said the province is working on a centralized vaccine booking system to ease the burden on pharmacies and to help prevent abuse of the system.

Alberta Health Services (AHS) said in a tweet Wednesday that it was monitoring vaccination no-shows following claims on social media that some people are booking several times to try to stop others from getting a shot.

The agency said it shared the information with police and is making sure participating pharmacies are aware of the claims.

"At this time, AHS is not seeing an increase in no-shows. On any given day, no-shows account for approximately one per cent of the total number booked for an immunization," it said in an emailed statement Thursday.

The Alberta Pharmacists' Association said it did not have information on the matter and could not comment.

This report by The Canadian Press was first published May 20, 2021.