This is the first time IKWC has administered the grants, which are provided by Indigenous Services Canada and directed by the Assembly of First Nations’ National Indian Education Council.
Nov 30, 2020 9:15 AM By: By Shari Narine, Local Journalism Initiative Reporter 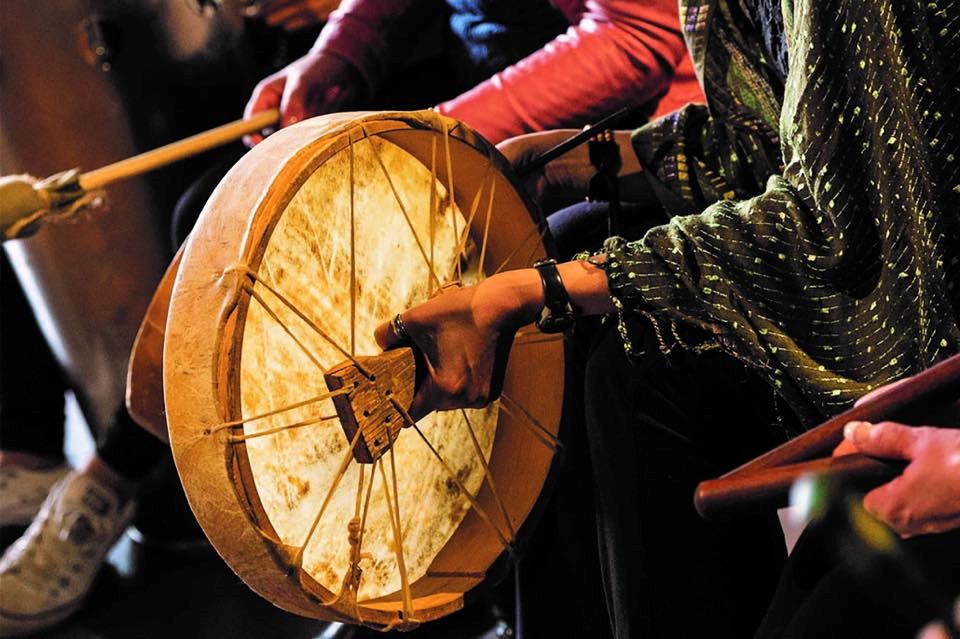 Photo from the Indigenous Knowledge and Wisdom Centre's Facebook page.

First Nations chiefs in Alberta will remind the federal government in a symposium next year that First Nations-led education is a treaty right.

“The recognition of education as a treaty right, that has been something the federal government has never agreed to,” said James Knibb-Lamouche, director of Innovation and Research with the Indigenous Knowledge and Wisdom Centre (IKWC).

“The fact that we’re talking about it as a right without having to prove it as a right is a major step forward, and a very big difference in the way we believe the product is going to be at the end,” he said.

IKWC is in the process of working through requests for proposals that will see $265,000 awarded to each of three projects that will examine treaty-based education agreements and systems for First Nations control of First Nations education.

Proposals were opened to First Nations institutions, organizations, tribal councils and individual nations within the Treaty 6, 7, and 8 territories in Alberta. One recipient from each of the three treaty areas will be selected.

This is the first time IKWC has administered the grants, which are provided by Indigenous Services Canada and directed by the Assembly of First Nations’ National Indian Education Council.

The decision to look at agreements and systems for First Nations control of First Nations education was made under the guidance of the Assembly of Treaty Chiefs in Alberta and the Chiefs’ Roundtable on Education in the province.

According to the Request for Proposals, applicants were “encouraged to examine education systems, including: capacity building; funding analyses; language, culture, and land as a foundation of curricula….”

Doing this kind of work has been important for decades, said Knibb-Lamouche.

“It’s just that the capacity hasn’t matched the desire within the nations to put this information all together in a way that leadership is requesting. A lot of research in the past has been directed and guided directly by the federal government and, obviously, they have their own perspective and own area of interest, but this is something that has come directly from the nations and leadership as well,” he said.

The recipients of the dollars will have until June to complete their work. It’s an adequate amount of time, said Knibb-Lamouche, because there is strong research out there already undertaken by numerous organizations. This is the opportunity to draw that research together.

When that work is completed, depending on coronavirus pandemic restrictions, a symposium will take place mid-next year where chiefs, First Nations leaders, educators, educational authorities, and policy researchers will discuss the findings.

An anthology of research articles and research policy papers will be created and presented to the federal government.

Recommendations to the federal, provincial and First Nations governments on how to develop educational systems for First Nations students that are based on the nation-to-nation relationships expressed in treaty will also be part of that symposium.

Knibb-Lamouche is optimistic that the time is now for those recommendations to be heard at the federal level.

“A lot of the speaking points that have been coming out from the government have been talking about things like nation-to-nation relationships. They have been talking about Indian control or Indigenous control of education… For that to truly happen we need these mechanisms and structures and policies in order for the capacity that is already in our nations to take control and to be able to move our education systems forward,” he said.

Knibb-Lamouche says the three research teams will put forward funding requirements as part of their work.

“(Funding) is much larger than just education agreements or tuition agreements. This is talking about, structurally, how do we implement a system of education that best serves First Nations children. And in some ways that’s going to be quite radically different from what we’ve done in the past … (because) what has happened in the past has resulted in decades and decades of underperformance in the education system,” he said.

Knibb-Lamouche expects that what comes from the symposium will be used by leadership at the negotiating table with the federal government.

“To say this is how we see our education system going forward, and if you truly want to have a nation-to-nation relationship, you need to figure out a way that these goals are attained and in partnership.

“And that’s always been the belief with treaty, that treaty is a relationship. It’s not a signed document that sits on a wall. It’s something that is continuously and constantly agreed to and reviewed and moved forward… It’s a living document,” he said.

Knibb-Lamouche adds that the province also plays an important role in moving First Nations-led education forward. Although First Nations negotiate with Ottawa, it is the provincial government that often provides the programing.

“These research projects are going to be so wide-ranging and large that there will need to be some examination of how those tripartite arrangements are set up,” he said.

Knibb-Lamouche says he is hopeful the work undertaken in Alberta will be useful for treaty nations country-wide. He acknowledges there are differences between numbered treaty areas and other treaties, like the Huron-Robinson Treaty, for example.

“There may be overlap, but you can’t have one solution to all these various contexts,” he said.

Alberta targets dollars for reclamation of wells in and around First Nations and Métis settlements
Feb 19, 2021 12:15 PM