26-year-old Seth Cardinal Dodginghorse took to the podium to express his family’s sense of loss after they were kicked out of their home in 2014 to make way for the road,
Nov 25, 2020 9:15 AM By: Jeremy Appel, Local Journalism Initiative Reporter 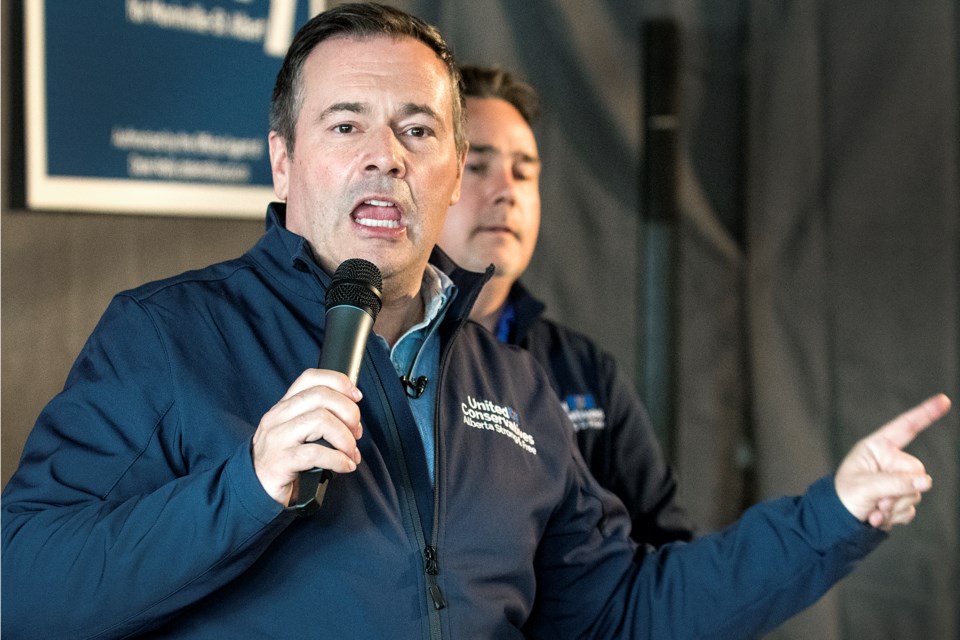 While there was much jubilation surrounding a portion of Calgary’s ring road opening on Oct. 1 from politicians and pundits, it wasn’t a joyous occasion for the family whose home it was built upon.

After they spoke, 26-year-old Seth Cardinal Dodginghorse took to the podium to express his family’s sense of loss after they were kicked out of their home in 2014 to make way for the road, cutting off his braids and threw them on the highway as an act of protest at the end of his remarks.

“Today is not a good day. I woke up this morning to see my mother crying when she heard the news that this road was going to be opening.”

The Dodginghorse family had lived in their home for generations. They experienced homelessness after they were evicted.

Earlier, Kenney had called the announcement a “historic day of partnership and prosperity.”

“We are here with our friends and partners from the Tsuut’ina to celebrate some really great news,” said the premier.

“We have made huge progress on the southwest Calgary ring road and today, we are opening a 12-kilometre stretch between Sarcee Trail and Fish Creek Boulevard. It is open to traffic and Calgary will be moving more quickly, more efficiently. After 70 years of patience and four years of construction, finally this good day has come.”

Chief Whitney claims there was an extensive consultation process among members of the nation and that those who were evicted were compensated.

“Through a process we built some 25 new homes. When the vote occurred it was close to 80 per cent in favour of conducting the deal with the province and accepting the lands that were provided to us. It was a community vote and, as our elders would say — and I’m an elder now so I can say it — there’s a time and place for everything. So everyone that lived along the corridor had an opportunity at several, several reservation meetings that we had. It was not something that was conducted outside,” he said.

“There’s agreements by every family member that lived along this corridor that received additional homes or new lands or places to build their home. Those agreements were signed by those families who moved into those locations.”

In 1880, Chief Bull Head signed an agreement with Fort Calgary — later to become the city — to establish the Tsuut’ina Nation, where members moved in 1883.

“This treaty ensured that we were protected,” said Dodginghorse.  “Our treaty rights were never sold and you can never take them. You can sell your own treaty rights, but you cannot take and sell mine.”

After Bull Head died in 1911, the Canadians began seizing Tsuut’ina land, building CFB Calgary and later the Glenmore Reservoir. Bull Head had allowed the military to use the land that became the military base for training, but wouldn’t sell it to them.

Dodginghorse told the Alberta Advantage podcast that he’s technically not Tsuut’ina, despite being immersed in its culture, since under the Indian Act band membership is patriarchal. His grandmother was Tsuut’ina, so she lost her membership when she married Dodginghorse’s Cree grandfather, although she rejoined Tsuut’ina in 2012 after getting divorced.

“The way these band memberships run, because of colonial influences, it’s essentially like a club and … the people who are inside the club are able to determine who is and who isn’t a club member,” he said, adding that his reception from band members was mixed, with some arguing it wasn’t his place to protest while others found his speech healing.

“When I spoke up that day, I had the fear that the ring road would open and my family would become invisible again, and that our family’s history and stories would all be erased … and that nobody would want to listen or hear me.”

The entirety of the ring road is slated to be completed by 2024, with the southwest portion expected to be done by the end of this year.

First Nations leaders say they’ve been kept out of the loop on COVID vaccine roll out in Alberta
Jan 24, 2021 3:45 PM