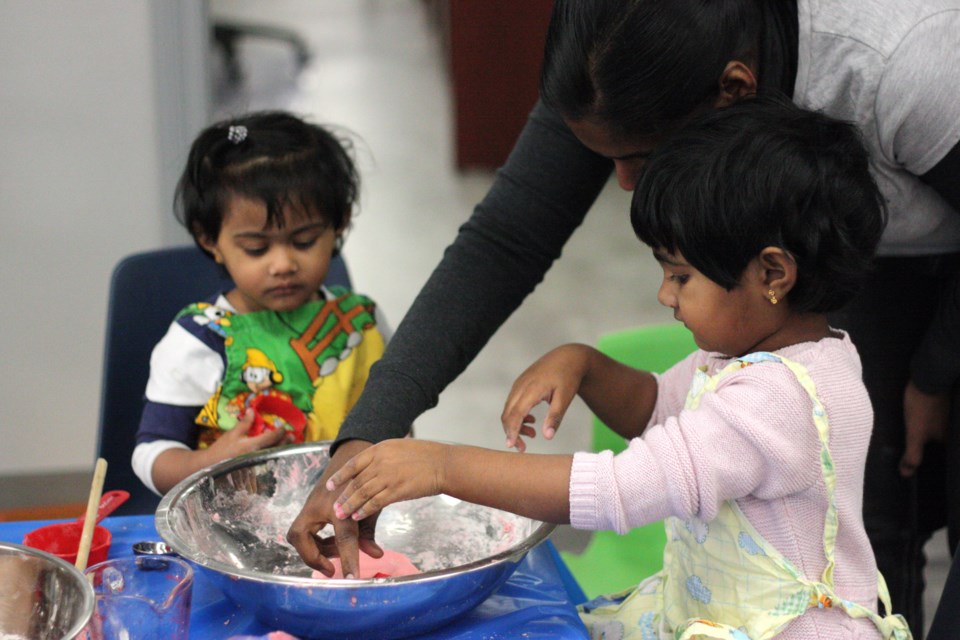 Parent Link in St. Paul continues to offer services, such as this playdough making event held last week. The group has put in a proposal to keep offering services to young families in St. Paul.

The Town of St. Paul’s Parent Link Centre has put in a proposal for new funding, which if successful, will commence in April, says the organization’s director.

Lynn Smid, the director of Town of St. Paul FCSS, also says Parent Link will be continuing on as usual until the end of March – which is when grants and funding to current Parent Link organizations will end and a new model rolls out by the provincial government.

According to Smid, the centre has submitted an expression of interest through Children's Services to be a part of the Family Resource Network, which will provide a continuum of support for children, youth and families.

“We will know (the outcome of the proposal) in the middle of February and we’ll be able to let everyone know what that looks like moving forward,” Smid said.

Parent link will also no longer be called parent link if they are successful in obtaining that funding, she added.

“We will be called Family Resource Network,” Smid said.

In November, the Alberta government launched a new initiative – a new expression of interest process that will combine and realign the way prevention and early intervention services are delivered across the province.

The new model puts an end to the funding provided to the organization year to year where a new agreement is signed each year. Instead, the new model invites partners to submit an expression of interest in delivery programming for families with children from zero through to 18 years of age.

The new approach will give the centre the opportunity to apply for funding under a new framework to continue offering programming to families in central Alberta.

Dogs particularly sensitive to blue-green algae toxins
Jul 13, 2020 12:43 PM
Comments
We welcome your feedback and encourage you to share your thoughts. We ask that you be respectful of others and their points of view, refrain from personal attacks and stay on topic. To learn about our commenting policies and how we moderate, please read our Community Guidelines.