Bonnyville football player taking his skills to the NCAA 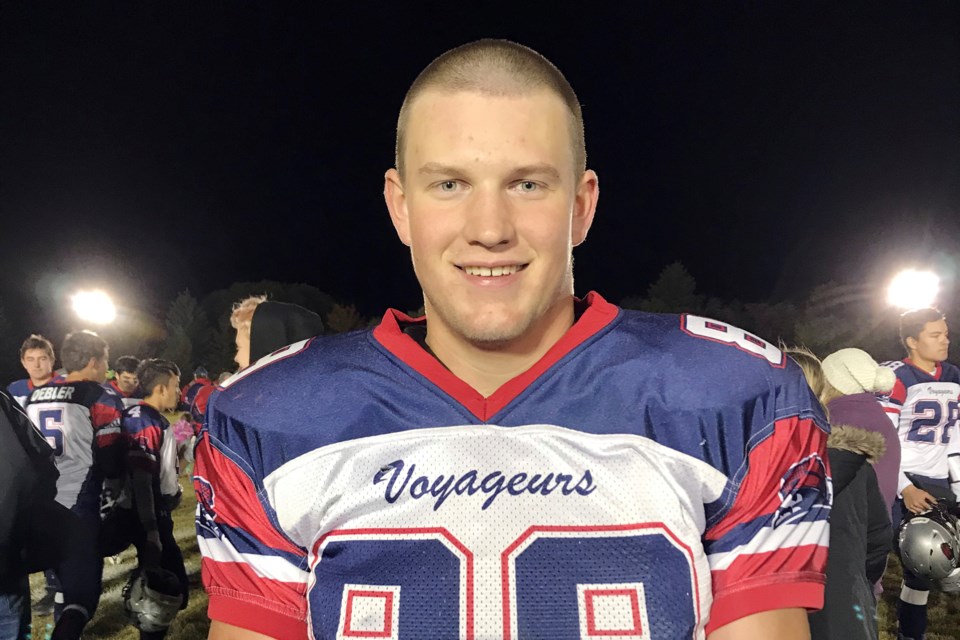 BONNYVILLE – Brady Christians is getting ready to compete at the National Collegiate Athletic Association (NCAA) level.

The Bonnyville-native committed to play football at Simon Fraser University (SFU) in British Columbia, a Division II school and the only Canadian post-secondary institution in the United States league.

Towards the end of the recruiting season, the 17-year-old had a representative from SFU reach out to see if he had plans for the following year.

“We went up for a visit, me and my parents, and I decided within those few days that was the place for me and I signed to the team,” Christians recalled.

In a statement, interim SFU coach Mike Rigell said, “Brady is a physical kid who likes and enjoys contact, he's a tough guy and I'm glad he's on our team.”

Along with the competitive aspect of being the only Canadian school in the NCAA, Christians was also drawn to the business program.

“It will help me later on in life when I would like to be managing or running my own business of some sort. That’s one of my long-term goals for after school,” he said, adding the prospect is a bit intimidating for him.

“It is a lot actually when I really think about it. The best players I’ve played against in high school have now become the standard and it’s pretty daunting, but it’s also very exciting.”

If it wasn’t for a persistent family member, Christians may not have ever pulled on a helmet.

“It was actually because my younger sister wanted to join, and she convinced me to join up with her,” he laughed.

Since he first hit the turf, Christians has called Walsh Field home for his football career. The defensive end, who also occasionally steps into the linebacker position, said he owes his thanks to former coaches for making him a force to be reckoned with on the field. He was named the defensive MVP for the Bonnyville Voyageurs in his final season with the team.

“Football is an amazing sport. The coaches and teammates you meet, playing in your home town and to travel to other places, it will take you to a lot of places.”

Christians added, “Having the relationship with all of the guys you play with is different from other sports, that’s what really kept me there. It’s just one of the most athletic sports you can find.”