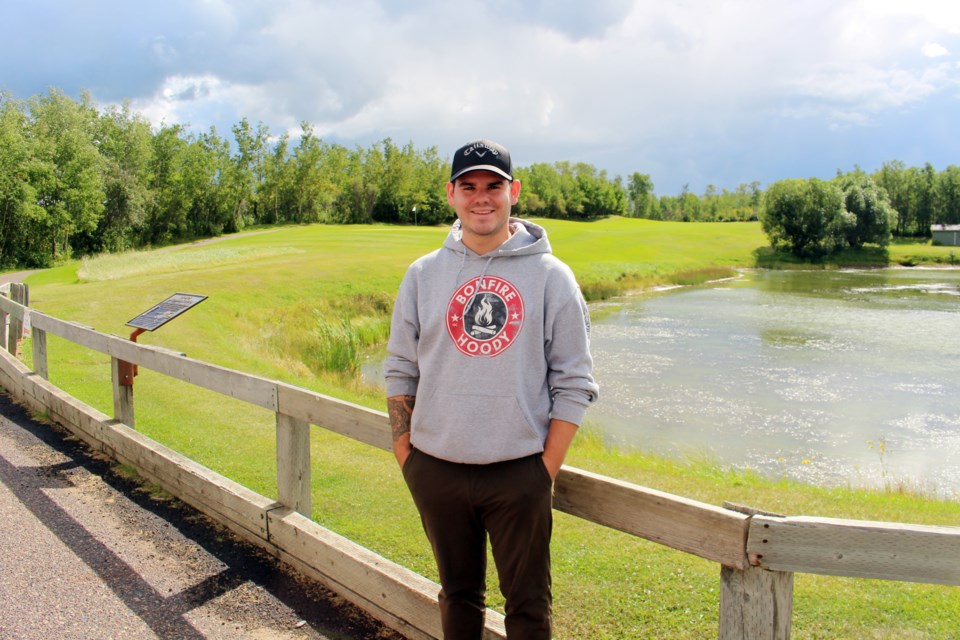 BONNYVILLE – There’s a new professional golfer at the Bonnyville Golf and Country Club.

Clayton Borders went from an amateur golfer to a professional on Aug. 26 through the Professionals Golfers’ Association (PGA) of Canada. He beat the required score by seven strokes at Lacombe Golf and Country Club during his Player Ability Test (PAT), which solidified his status.

This was just one of many steps Borders has to compete in competitions down the road, to eventually accomplish his dream of making a living as a professional golfer.

“My goal right now is to become an instructor next year. I’m going to start taking my courses because my end goal is to play golf professionally,” he said.

Borders first started swinging a club when he was five-years-old and hasn't put it down since.

“My dad went to golf school and I wanted to be able to spend time with my dad,” he recalled. “I said ‘I’ll play golf’ because then I could get away from my sister and it would just be me and my dad hanging out.”

Originally from the United States, Borders started spending his summers in Bonnyville when he was 10-years-old and spent every moment he could at the local golf club.

He described the Bonnyville Golf and Country Club as “one of the nicest courses around.”

“There are no greens that are like ours. They’re incredibly fast and there’s quite a bit of slope on it.”

Borders has spent years on the course perfecting his game.

“(Golf) is a beautiful struggle. It’s just this internal (battle) where you’re constantly fighting with yourself in your thoughts,” he expressed. “The courses that we play on are always so beautiful and there’s always something you can appreciate about each course.”

While the mental game isn't the most exciting at times, Borders encouraged people to try the sport out before judging it too harshly.

“If you’re watching golf, it can be boring. But, if you actually go out and play, it’s actually one of the most addicting sports there is because there’s nothing like hitting your best drive or your cleanest iron or hitting a putt from 40-feet or a birdie. There’s no high like it.”

About six years ago was when the idea of playing professionally was something Borders wanted to pursue, but at the time, he wasn’t ready to take the leap.

“When I was 18 and played in the men’s open here, I talked to (some people) about what it takes to become a professional golfer and they said ‘well, you have to go in and do your PAT.’ Then you can get your amateur status changed into professional status.”

After years of practicing, Borders decided he was ready to step up to the tee this year. He was confident during his practice round when he got 78, but knew he could do better during his actual test the following day in Lacombe, which he did.

Having professional status is still sinking in for Borders, but he’s excited about where his journey is taking him.

“I hope to be on TV one day playing professional golf so I don’t have to have a real job. I’ll be playing golf every day because I think that’s the dream.”