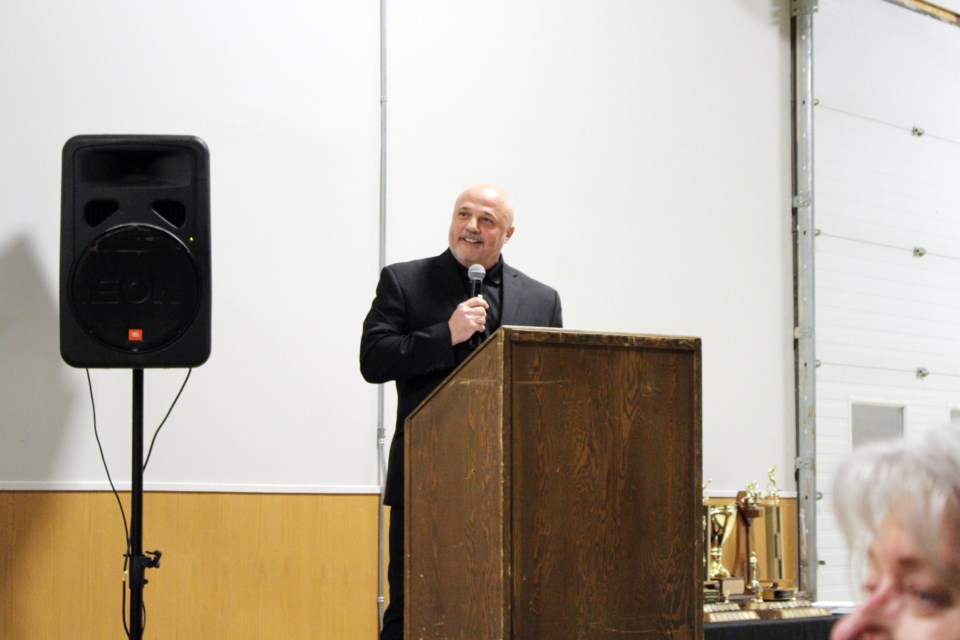 BONNYVILLE – Rick Swan's passion and dedication to not just the Bonnyville Jr. A Pontiacs, but hockey as a whole, is being recognized on a provincial level.

Hockey Alberta chose the Pontiacs head coach and general manager as a recipient of the 2019/20 Order of Merit for coaching and development. The award recognizes exceptional leadership and distinguished service to amateur hockey in Alberta. To be chosen for the honour, winners have dedicated significant time, effort, and leadership to the growth and development of amateur hockey, in their home community and across the province.

Along with being the most winningest coach in Pontiacs history with over 220 wins in his time with the team, in 2019 Swan was named head co-coach for Team AJHL for the Junior Club World Cup in Sochi, Russia where the team won silver. Swan's career has also seen him participate in three World Jr. A Challenges, serve as a head coach for the 2019 CJHL Top Prospects Game, and assist with a local hockey program offered through Notre Dame High School.

Swan described these opportunities and experiences as “phenomenal.”

“I think it comes down to the philosophy that if you have that sense about you where you’re trying to develop good people as well as athletes, then you’re going to be involved in those discussions to get those opportunities,” he noted.

Even with all of these accolades under his belt, Swan was still surprised and humbled when he heard he had been chosen for an Order of Merit.

“With the uncertainty and crazy times that we’ve all been dealing with, you don’t really expect something like that to occur. I guess grateful more than anything that they would take an opportunity to recognize anybody, individuals or anybody, for such a recognition is pretty prestigious at that,” he expressed.

He added, “I think that if you’re a servant person, a servant human being, I think that people recognize that you’re in the game for the right reasons. You have the conviction and philosophy to try and help people grow.”

Swan’s love and passion for the game are what brought him to Bonnyville in 2012 to take the assistant coach job because “I thought that I would be able to offer something at this level.”

He officially took the reins of the team in 2013 and his focus has been beyond what players can do on the ice; an athlete’s character is a crucial aspect for Swan.

“If you just focus on making sure that you’re the very best that you can be every single day, that you challenge yourself to become an everyday learner, and you look at the game as an amazing vehicle to teach life lessons and make sure that your players take away experiences from the game to become a more confident citizen in their community later on in life,” he told the Nouvelle. “If you have this philosophy, that’s the number one goal of coaches at any level, including the Jr. A level.”

Although there’s a lot of uncertainty surrounding the 2020/21 season, Swan said it’s “business as usual” for the coaching staff to have a record-breaking year.

“Going into next year, we’re really optimistic and excited for what we’re going to do on the ice. The group that we’ve got, we want to make sure that we make an effort to reflect and embrace what’s happened in the world and that’s the privilege of playing our game.”

Bonnyville's Tanner Boser wins in first round of UFC match
Jul 1, 2020 2:30 PM
Comments
We welcome your feedback and encourage you to share your thoughts. We ask that you be respectful of others and their points of view, refrain from personal attacks and stay on topic. To learn about our commenting policies and how we moderate, please read our Community Guidelines.