The Bonnyville Jr. A Pontiacs took the first two wins of a four-game series against the Whitecourt Wolverines over the weekend
Apr 19, 2021 8:00 PM By: Robynne Henry 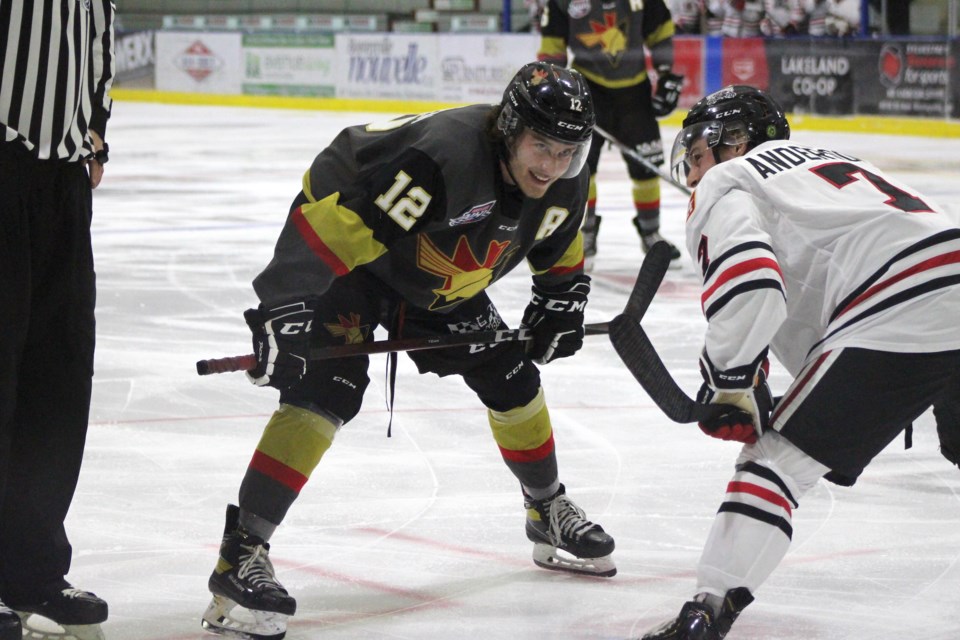 The Bonnyville Jr. A Pontiacs were back on this ice this weekend they faced off against the Whitecourt Wolverines. File photo

BONNYVILLE – The Bonnyville Jr. A Pontiacs had a successful weekend against the Whitecourt Wolverines.

In the first two face-offs of a four-game series, the Pontiacs bested the Wolverines when they stepped into enemy territory.

Head coach and general manager Rick Swan noted that Whitecourt still was feeling some effects from when members of the team tested positive for COVID-19 earlier this month, but they still put up a good fight.

“In a COVID world where very few people get the privilege that we get to have the opportunity to play a game while so many others are being shut out, we’re certainly grateful and it didn’t matter to us. All that mattered to us is that we did our very best effort, regardless of what our opponent was facing. We took full advantage of that privilege and full advantage of how grateful we were to play.”

On April 1, the Alberta Junior Hockey League announced a positive COVID-19 test had been identified in the former team cohort the Wolverines were part of. As a result, the games scheduled from April 2 to 4 were cancelled.

First game goes to the Pontiacs

The Pontiacs meant business on April 17 in their first face-off against the Wolverines when they won 6-2.

It was Pontiac Trey Funk who got the first goal of the game. Captain Kash Rasmussen added his name to the scoresheet to give Bonnyville a 2-0 heading into the second.

Whitecourt capitalized on a powerplay for their first point of the evening, but Pontiac Matthew Gerke and Rasmussen found the back of the Wolverines’ net before the period was through.

The third started with the Wolverines bringing the score to 4-2, but Bonnyville wasn’t done yet.

Pontiac Justin Sundar added another point to their lead before Rasmussen got a hat trick, giving Bonnyville the 6-2 win.

Swan believes the return of Rasmussen, who was out due to an injury, along with Josh Kroon once he completed quarantine after joining the team late, gave the Pontiacs the edge they were looking for.

“I just think, overall, our older guys led the way and they were the ones that allowed everyone else to play a higher standard so to speak throughout the weekend as well,” he expressed.

It was a shut-out 4-0 win for the Pontiacs the following day to finish off the weekend on April 18.

Rasmussen came off the bench hot, getting Bonnyville’s first point less than a minute into the first frame.

The first goal in the second period also went to Rasmussen, and Funk brought the score to 3-0 before the buzzer sounded.

The final point of the evening was thanks to Rasmussen, who capitalized on a powerplay. This was his second hat trick of the weekend.

With Rasmussen’s impressive return to the ice, Swan noted the team captain ‘played like it was his last weekend.’

“For him to be in was something that he took full advantage of,” he said. “We don’t know what’s going to happen from day to day and he played like that.”

The Pontiacs now turn their attention to their back-to-back action this upcoming weekend when the Wolverines come to town on April 24 and 25. Puck drop is 7 p.m. on Saturday and 5 p.m. on Sunday.