Although their numbers have dropped this year, that isn’t slowing the Skipperoos down
Nov 4, 2020 2:00 PM By: Robynne Henry 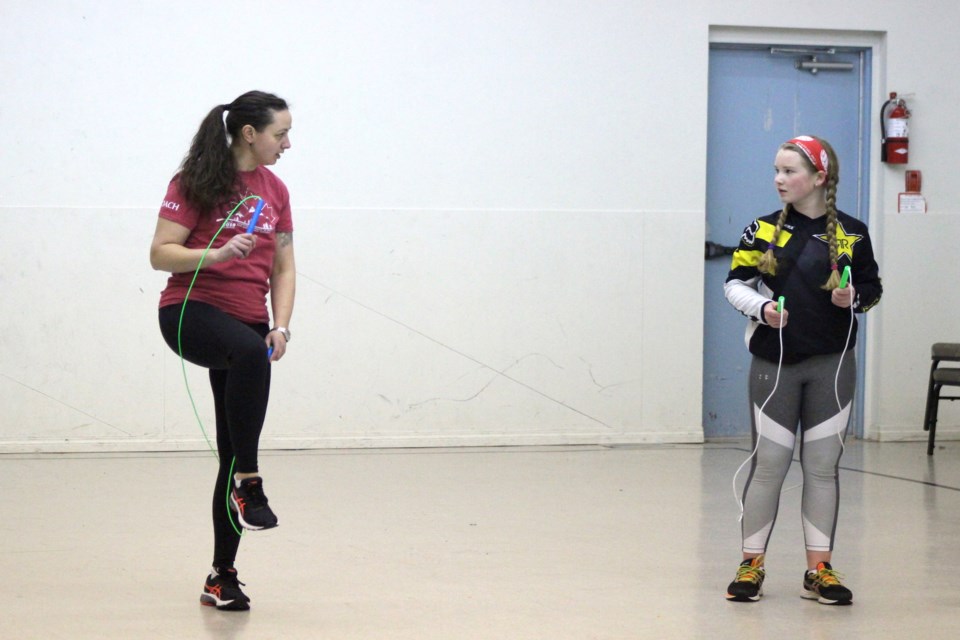 BONNYVILLE – The Bonnyville Skipperoos have jumped back into training.

Although their numbers have dropped this year, that isn’t slowing the local group down.

“Last year, we had five (skippers) and this year we only have two,” noted head coach Renée Marchildon. “Not sure the reasoning behind it all. I know there are some organizations that are limiting some kids to only one sport to keep those groups small. I don’t know if that was a decision in the other sports or that things are still up in the air.”

Skipper Kelly Fersovich worries about what these numbers could mean for the future of the club.

“As our team gets smaller and smaller, it might not be a team much longer. But, I’m hoping that we can keep it going.”

The Skipperoos faced an issue with finding a space to practice this year. Typically, they meet at the Duclos School gym and use the area, however, Marchildon decided to pursue other locations due to provincial regulations preventing people from using school facilities.

“I heard a lot of different organizations aren’t allowed in the schools so I didn’t bother trying and as far as decent floors to be skipping on, there’s not a lot that this town has to offer,” she noted. “I know other (places) around the province have different studios they can go to or even halls, but I didn’t know of any in Bonnyville.”

This year will see the Skipperoos calling the gym at the Bonnyville Fellowship Alliance Church.

Due to the lack of space and the coronavirus pandemic, Marchildon decided against offering recreation skipping this year.

“We’re just going to keep these two active and participating a bit.”

Marchildon also isn’t sure if there will be any competitions this year.

For Fersovich, she hopes the league can work something out.

“I’d be pretty disappointed because competitions is when I have a whole bunch of other people to teach me new tricks.”

Marchildon said, “This puts a different spin on competitions because part of the competitions that (Kelly) enjoys is being able to be around other skippers and being able to learn from everybody and just a community in general. Being online and doing them virtually, it’s just not the same.”

Regardless of what the year might look like, both Fersovich and fellow skipper Sonja Theriault are hard at work learning and perfecting new skills and tricks each Thursday.

Fersovich has given herself a hefty goal she hopes to achieve. She wants to be able to do the money maker.

“If I was to do it, it would be a level seven skill and I would be the only girl to ever do it.”