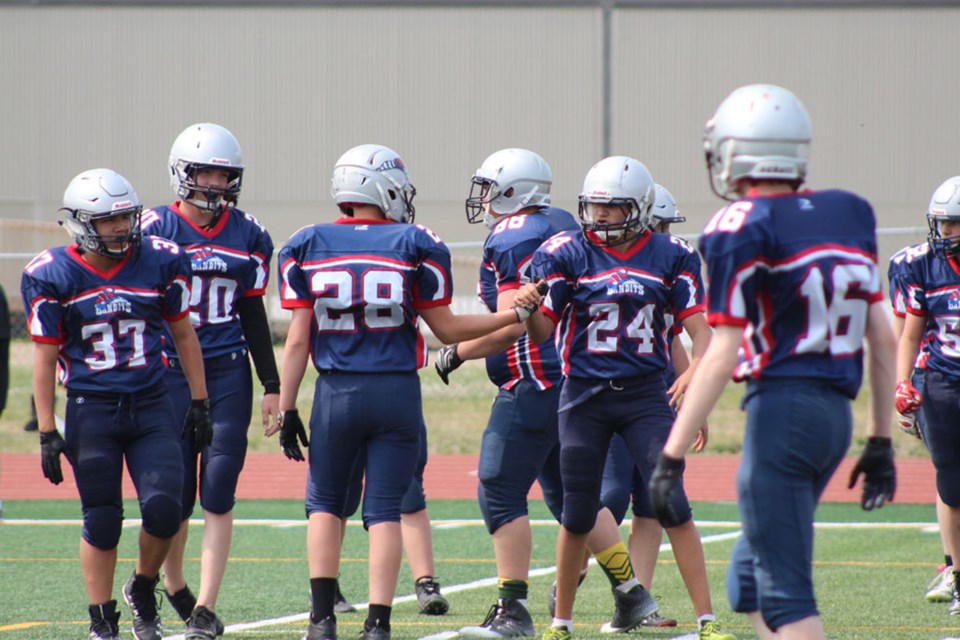 Bonnyville sports association are hoping to have modified seasons this year. File photo.

BONNYVILLE – Local sports organizations are cautiously optimistic that they’ll be able to have some sort of a season before the summer's over.

The coming months would typically see youth tying up their cleats, grabbing their helmets, and hitting the field for spring and summer recreational activities. Due to the restrictions on public gatherings, that hasn’t happened so far this year.

According to Bonnyville Soccer Association president Jose Teixeria, Alberta Soccer has given a date of July 15 to make a decision on the season.

“We’re still hoping to have some sort of season, but what that’s going to look like we’re not 100 per cent sure.”

While parents can register their children for a team, no one can practice or start sporting events until they get the go-ahead.

“It’s tough for everyone, including the coaches and the executive with Bonnyville soccer. We’re trying our best, but we can't move away from the provincial regulations.”

He added, “We’re hoping and we’re still staying positive, but for all those parents, just hang tight and let’s get through this.”

The typical soccer season runs from May to June. If teams make it to provincials, they play into the first two weeks of July.

Teixeria said the younger ages, known as minis, can have a modified season whenever, and he believes the best time for a youth league would be sometime in August.

While soccer delayed the start of their season, lacrosse was forced to cancel their games and tournaments. However, there's still the possibility of bouncing back if restrictions get lifted in time.

Michael Graves, president of the Lakeland Lacrosse Association, said their spring session was cancelled, which typically runs from the middle of March until the end of June.

“This was due to many facilities that had to shut down, but we’re hoping to have a modified season once the facilities are open again,” he detailed. “Whether that means starting in June and going through July and August, we really don’t know what cards we’re dealt yet. But, we will hopefully be moving forward with a modified season of some sort.”

The coronavirus pandemic has given the executives with the Lakeland Lacrosse Association a unique opportunity to expand their sport locally.

Graves said there’s a possibility to begin offering an outdoor lacrosse program, which could run for July and August and would be played on the football fields.

“It’s a little bit of a different structure, but with minimum volunteers, we can only invest our time into (indoor). Now that our (indoor) season is going to be hopefully modified, it allows more time for us to develop our field program,” he noted.

“(The spring season) is good for our new players, the younger ones, it’s a great introduction to football and it gets the rust off of the veteran players,” stated BAFA president Kevin Sartain, adding it typically runs in May to teach players the fundamentals of the sport and ends with a jamboree towards the end of the month.

While it was “heartbreaking” for the spring session to be cancelled for BAFA, Sartain is holding out hope for the fall to bring a positive change.

“At least we have until the end of August or September before we have to start planning our season, our heart really goes out to all those other organizations, parents, and volunteers that really have put in so much effort… I know the work that gets put in by these non-profit organizations and these clubs. I know the work these parents, coaches, and the boards put in. It’s a lot, and these poor people had their seasons just ripped from them and I hurt for them more. That’s really unfortunate.”

Sartain offered parents some advice to keep in mind if they’re frustrated over not knowing if their child will be able to hit the field this year.

“Hold in there. We’re all in this together; we're doing the best that we can do, and hold in there.”