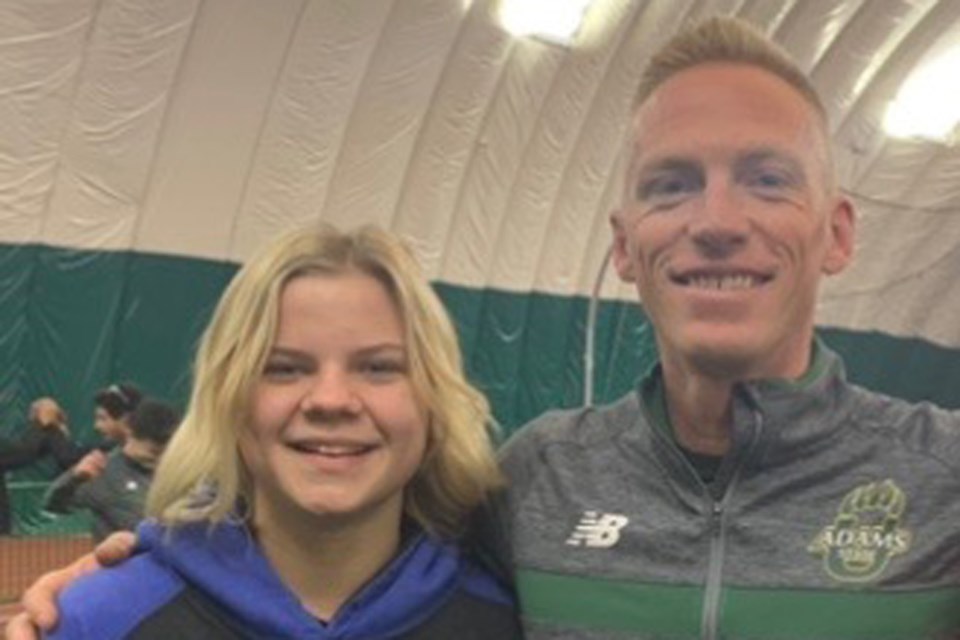 BONNYVILLE – Bonnyville-native Alese Sartain is getting ready to lace up her running shoes across the border to compete for the Adams State University track and field team.

Sartain wasn't short on options after having 20 post-secondary schools show interest in having her join their team, but it was the Grizzlies in Alamosa, Colorado that piqued her interest.

“From the day I visited, I think it was going to be Adams State,” the short distance sprinter told the Nouvelle. “When we were visiting, everyone was so welcoming, they all just wanted to make us laugh and they just tried to talk to us as much as they could. The coaches are very passionate about what they do and they work very hard with every single person on the track team. That’s kind of what made Adams State stand out.”

Sartain strongly believes Adams State University can help her achieve her dream of competing at the Olympics one day.

“I think that’s the school that would be able to get me there.”

When she’s not busy training in the gym to compete, Sartain will be studying sports management.

“I’ve always loved sports. Even when I’m done track, I’m older, and I have a job, I want to continue to be involved in sports,” she stated.

When Sartain joined the local track and field team, the Lakeland Yellowjackets, four years ago, she never could have imagined the sport would be taking her to another country for school.

“I think running as a college athlete is going to be unbelievable, something that’s never going to be compared to. It’s just going to be amazing the whole way through,” she expressed.

During that time, Sartain made a name for herself competing on the provincial, national, and international stage. Most recently, she ran at the Simplot Games Indoor Track and Field Tournament at Idaho State University from Feb. 13 to 15, an invite-only event that puts the best high school athletes head-to-head in a race for the podium.

It wasn’t until last year that the 17-year-old started to take her sprinting seriously, after realizing “that track was definitely the sport that I wanted to do.”

She continued, “Track's a lot different than all the other sports I’ve played. You get pushed because it’s not a team sport. At the end of the day, you do have a team, but everything you do is your own. It gives you a confidence boost that you’re doing things on your own and you don’t have other people to rely on. You’re just beating yourself, that’s all it is, and you just want to be better than yourself every single time.”

While Sartain will be sad to say goodbye to her hometown and the Yellowjackets, she’s excited to take the next step in her journey.

“I never would have thought I would be going to such a successful school. They had 56 national titles and 11 Olympians have come out of that school. It’s amazing what they do there.”