Bonnyville's Tanner Boser gearing up for his next UFC bout

Bonnyville-native Tanner Boser is preparing to hit the octagon in his upcoming fight against fellow UFC heavyweight Ilir Latifi on June 5
May 11, 2021 7:00 PM By: Robynne Henry 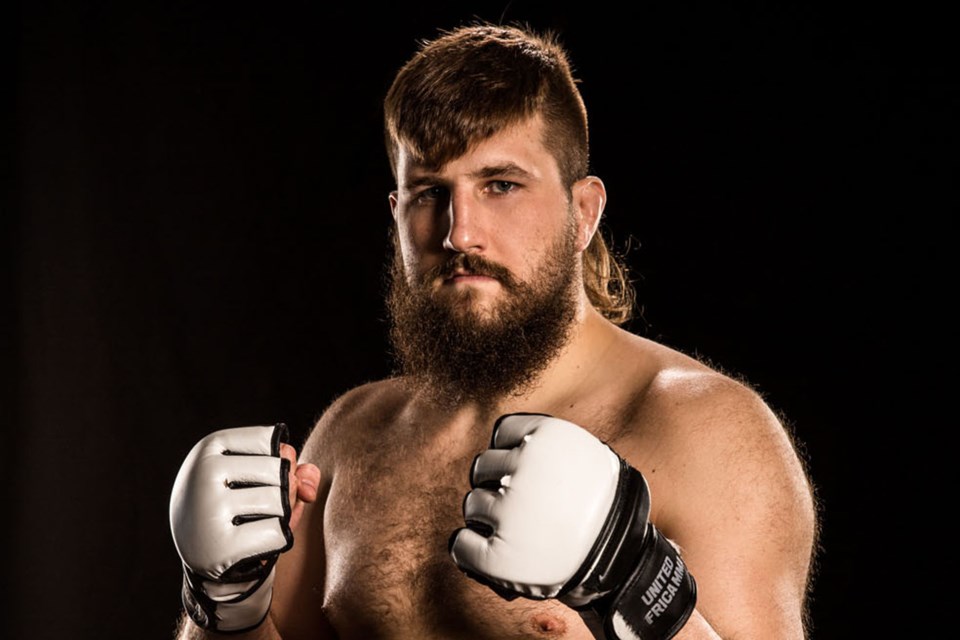 BONNYVILLE – Heavyweight Tanner Boser is preparing for his next UFC fight.

Bonnyville fans will be able to watch Boser take-on Ilir Latifi in the comfort of their own homes as he steps into the octagon for his June 5 UFC Fight Night card.

Latifi has been in the UFC for quite some time, with a record of 7-6-0. He recently moved up to heavyweight, previously fighting at light heavyweight until his last time out in February.

Boser recalls seeing Latifi debut when he still lived in his hometown.

“He’s short for a heavyweight, but he’s extremely strong,” Boser noted. “He’s a really good wrestler, a world-class one, and he does have good punching as well. It’s going to be a hard fight and it’s going to be a matter of who can impose their plan over the other.”

With his opponents’ strong points in mind, Boser said his game plan is to get back up as quickly as he can, but "that’s no easy task."

“He’s a really good wrestler, so that’s the hardest kind of guy to get up from. If he takes me down, I’ve just got to get up and start striking. My game plan would be to keep it on the feet and strike in range because, for once, I’m actually the taller guy and I have the reach advantage.”

The Bonnyville-native's six-foot-two stature gives him a four-inch height advantage over Latifi. However, their reach is the same.

An important aspect for Boser is to stay in control and be the one determining exactly where in the octagon the two men face-off.

“It’s not going to be easy, but if I can keep him on the outside and get him stationary or moving backwards, I should be able to pick him apart.”

This is Boser’s first time stepping back into the ring since he lost by decision to Andrei Arlovski in November. The 29-28 result lit a fire and the 247-pound fighter does not intend to lose against Latifi.

“I’m of course, disappointed in the result of the last fight. I feel that, although the fight was extremely close and it could have gone either way, it was a 28-29 decision, which means that all the judges gave him two rounds and all the judges gave me one round but every judge gave me a different round,” he recalled. “That’s how close all of the rounds were. It was just kind of a matter of opinion. But, it’s on me, I didn’t do enough. In the moment, I guess I thought I did, but I should have done more and I regret lots about that fight.”

The match against Arlovski put Boser’s UFC record at 3-2-0. He beat Daniel Spitz in the fall of 2019 and shortly after lost by decision to Cyril Gane. He followed up with a knock-out win against Philip Lins in June of 2020 and a July face-off against Raphael Pessoa also ended with a technical knockout victory.

When asked if he was expecting to go up against the fighters that he had when he first signed with the UFC, Boser stressed that he takes everything in his career one step at a time.

“I don’t burden myself with too many expectations, ever. I just went in hoping, at first, I was just in the UFC and then I wanted to win one in UFC. Then, I just wanted to win the next one and eventually, things start snowballing and I’m getting some alright names. But, I didn’t go in with any sort of expectations. It’s cool that it’s come that way and if I win this one, I’m working my way up toward a bigger name next time.”

Boser believes he could be nearing the chopping block if he isn’t successful in this upcoming fight, which is one of the two still left on his contract with UFC.