The Bonnyville Amateur Football Association are hoping for some financial assistance when it comes to the maintenance costs of Walsh Field
Jul 10, 2021 3:00 PM By: Robynne Henry 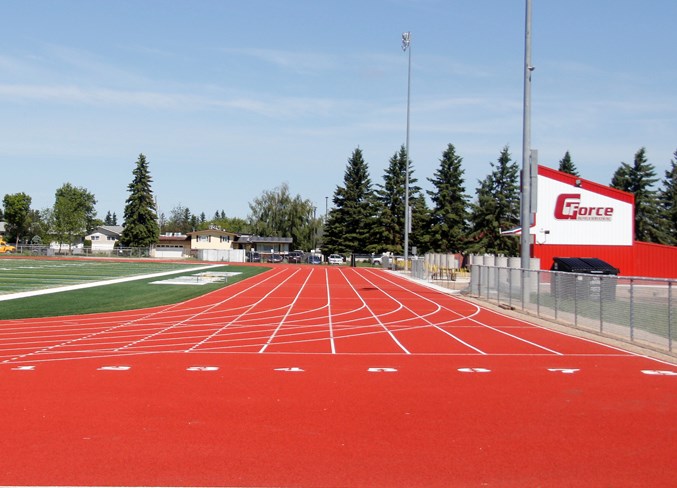 The Bonnyville Amateur Football Association is looking for some financial assistance when it comes to the costs of looking after Walsh Field. File Photo

BONNYVILLE – The Bonnyville Amateur Football Association (BAFA) are having some challenges when it comes to Walsh Field.

Larry Godziuk, BAFA treasurer, told Lakeland This Week the association is facing a $20,000 deficit this year due to the COVID-19 pandemic.

“Like many groups, we haven’t had any meaningful activities since COVID-19 hit last March and unlike other groups who rent facilities... they don’t have any, as far as I know, ongoing expenses,” Godziuk explained. “We’re in a unique situation of the football association and where we’re located and the improvements that were made to the facility we use, we’re the caretakers of the Ray Scott Athletic Park and Walsh Field.”

Godziuk noted that although sports were shut down, the BAFA still had ongoing expenses for the facility and they added up.

“It’s a really complicated issue because of the facility itself, even before Ray Scott donated his generous amount of money, the football association for quite a few years still took care of the facility as part of our requirements and it’s not a huge expense,” detailed Godziuk. “But this year alone, post COVID-19, at our meeting (last month), we made a preliminary budget and we’re $20,000 in the hole because we don’t see enough revenue coming in. We’re not looking to make up all of that $20,000 from people who don’t play football, but roughly $5,000 to $6,000 of that amount isn’t football-related money.”

Most of that money the BAFA is looking to get assistance with comes down to the maintenance of the facility on an annual basis. That includes the $300 a month it costs for security lights and gas for the mower, among others.

The BAFA’s primary concern, Godziuk stated, is to recoup those costs that have nothing to do with football.

“We don’t want anybody to pay us for our football expenses. We need some help covering expenses that are related to the property that are not our expenses. That’s what we would like people to come to the table with and have people understand that it is really a beautiful piece of property.”

A common misconception Godziuk has heard is who actually owns the facility. The BAFA have a lease agreement with the Lakeland Catholic School Division (LCSD), who owns the land that Walsh Field is on.

Although the Town and MD of Bonnyville have made financial contributions to the facility over the years, BAFA has primarily taken care of Walsh Field and is expected to do so through the lease agreement with LCSD.

Coun. Chad Colbourne brought the issue to council during their June 22 meeting, suggesting the town look into the situation a bit further.

“It’s a $3-million facility that was donated by one of our local residents and I feel like it shouldn’t just fall on the football association to cover the costs of what it would cost to run that field,” Colbourne noted.

CAO Bill Rogers invited the football association to make a delegation to town council in the fall with a formal request for assistance.

In the future, Godziuk hopes to sit down with the town, MD, LCSD, and Northern Lights Public Schools (NLPS) to discuss how to resolve the financial aspect the BAFA is facing.