Former Bonnyville teacher inducted into the ASAA Hall of Fame

A teacher who started her career in Bonnyville is included in the list of ASAA Hall of Fame inductees for 2020
Dec 18, 2020 11:30 AM By: Robynne Henry 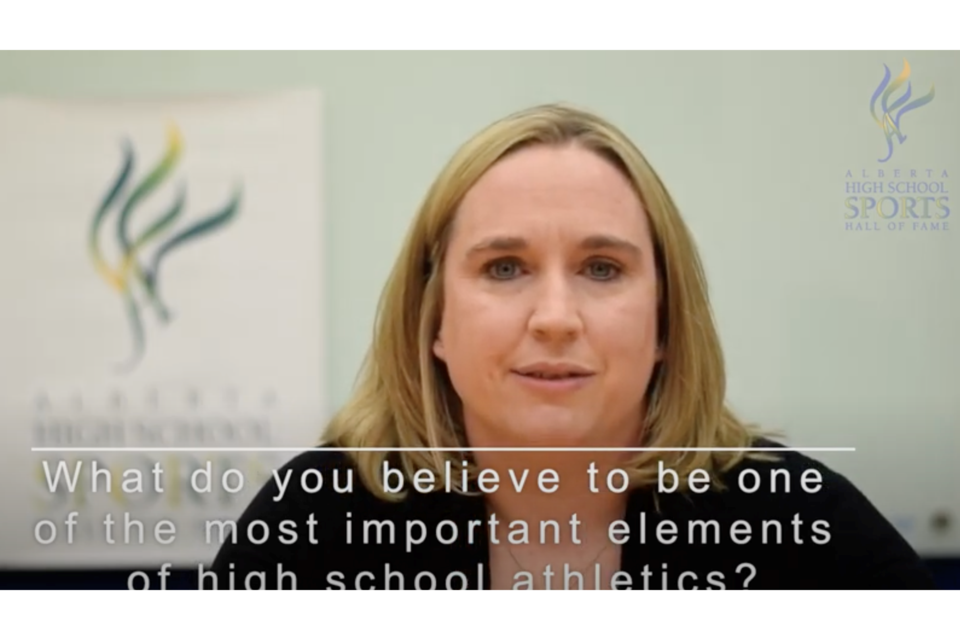 BONNYVILLE – A teacher who started her career in Bonnyville has been inducted into the Alberta Schools’ Athletic Association's (ASAA) Hall of Fame.

Heather Bartling was among the 2020 class of inductees who have made a positive impact on school sports and the students who participate.

When Bartling received the call, she assumed it was meant for someone else.

“There are so many people who should get this before me,” she expressed. “I guess I just don’t see this as work, what we do. It’s the stuff that I get so blessed to have the opportunity to be part of and that people let me be a part of it.”

Bartling is now the assistant principal at Frank Maddock School in Drayton Valley, but started her teaching career as a Phys. Ed teacher at Bonnyville Centralized High School (BCHS). She later became athletic director and hosted numerous zone and provincial championships, including the 2013 curling provincials and the 2015 3A girls volleyball championships.

Coaching has been part of Bartling’s career because she believes it adds fun to her job.

“It took a lot of work, but it allowed me to connect with kids more, it allows me to get to know their families, and it allows me to give opportunities to kids, which is just fun,” she said.

Along with taking on a number of leadership roles in the zone, she also became involved with the ASAA. She was the director of athletics for the ASAA from 2013 to 2016 and served as sportsmanship commissioner from 2016 to this year.

The Canadian Interscholastic Athletic Administrators Association (CIAAA), which promotes educational athletics through the professional development of athletic administrations, is another organization that Bartling has been involved with over the years. She’s co-written courses, made presentations and organized professional development and leadership training for athletic directors.

Bartling’s involvement in athletics goes all the way back to her childhood. She was involved in sports while growing up and played basketball when she went to university. She found it ironic that she was inducted into the ASAA Hall of Fame for a position she didn’t even realize existed when she was in school.

“I didn’t realize we had (athletic administrators) at school. They’re kind of in the background, and boy, they sure do a lot of work. Most people don’t even know that they’re there,” she laughed.

One of Bartling’s favourite parts of high school sports is giving students the chance to believe in themselves.

“To see that they can reach their potential and being the person that will believe in them more than they believe in themselves until they can see that side of themselves and really impact their lives in a way that helps them to grow into these amazing young people that will go out there and make the world a better place,” she expressed. “We have that opportunity in sports in so many ways but I think that people don’t realize how many teachable moments there are in sports and how many things you can view in sports.”