Glendon teacher inducted into the ASAA Hall of Fame 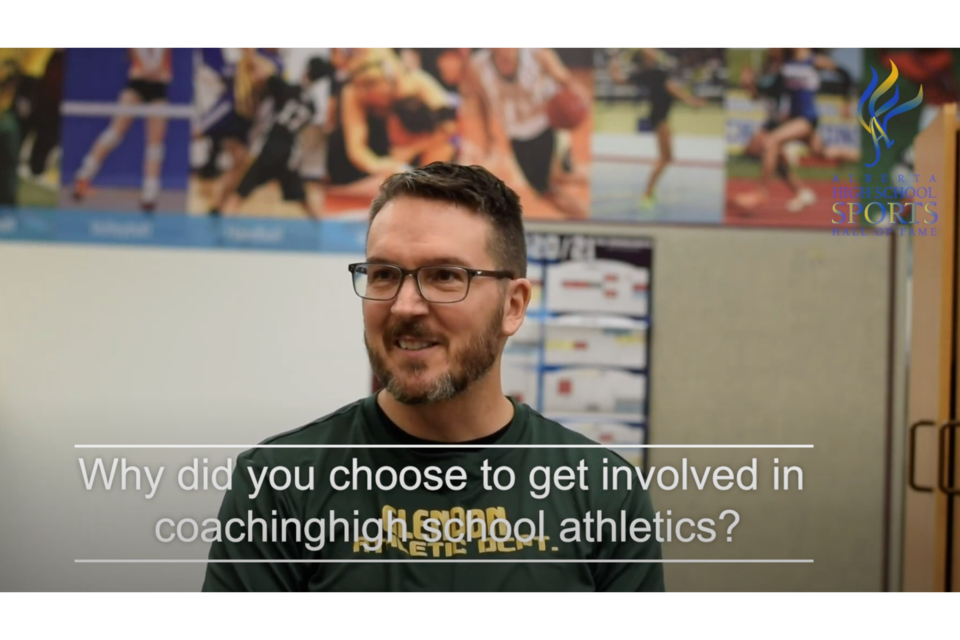 GLENDON - A Glendon School teacher is among the 2020 inductees into the Alberta Schools’ Athletic Association's (ASAA) Hall of Fame.

Phys. Ed and social studies teacher Daryn Galatiuk was recognized for everything he’s done for the school as a coach and athletic director.

Galatiuk told Lakeland This Week he was shocked to learn F.J. Miller Jr./Sr. High School teacher and athletic director Jon Randall had put his name forward, and that he had earned a spot in the Hall of Fame.

When Galatiuk accepted the position at Glendon School just over two decades ago, he never would have imagined receiving this type of recognition.

“My goal in Glendon was to eventually win a district championship in something. Let’s maybe win a zone championship or take a team to provincials and let’s just go there. Everything just kind of ballooned,” he said.

Before moving to a village in northeastern Alberta that he’d never even heard of, Galatiuk was working in northern Manitoba and looking for a change.

“I was just looking for an opportunity to get out of the remoteness of northern Manitoba and thought that I was actually going to be teaching up in the Yukon and it was going to be a short stay. I got the job here and never left. It just grew on me, more and more.”

Galatiuk was originally hired to teach social studies and began coaching basketball, badminton, and other sports to "get my feet wet a little bit."

He transitioned to the athletic director and gym teacher when his colleague at the time decided to make a change. He immediately fell in love with everything the job entailed.

“I liked the organization of it and the planning. I was always involved with kids at every level doing everything. It kept me really busy and it just became part of my lifestyle,” he said.

Ironically, Galatiuk didn’t come from an athletic background or family. The only sport he ever participated in was tennis. He wasn’t enrolled in any other sports while he was growing up. But, he believes his position has allowed him to live vicariously through the students, giving him the chance to live out scenarios he didn’t experience in his youth.

Since Galatiuk started teaching at Glendon School, he believes he has been part of the facility shifting in how they view themselves when it comes to sports - though he notes there were many others who helped with this as well.

“I do like to think I had a hand in making a name for our building out there. People didn’t know about Glendon School, and now I think that name's out there a little bit more. It’s nice to know and I think the kids take pride in it.”

The teams under Galatiuk have brought home a number of banners and medals from zones and provincials.

One particular sport Galatiuk enjoys coaching is basketball, which has won eight zone championships and been to provincials 12 times. He was also a major part of Glendon taking home the 1A girls provincial championship in 2004.

The track and field team has won 10 zone championships, with athletes medaling 23 times at provincials in several different disciplines. Between 2010 and 2018, Glendon School won a whopping nine straight provincial championships in their category.

A highlight for Galatiuk in this sport was when he took a group of students to represent the province during the Grand Prix High School event in Toronto in 2012, where the Alberta team finished second overall.

Galatiuk was also an integral part of the Glendon Outdoor Leisure Development, also known as the Green and G.O.L.D. project.

The project includes an eight-lane shale track, two baseball diamonds, a soccer and football field, outdoor baseball, beach volleyball, and pickleball court, among others, all located behind the school.

“It’s a $1.2-million project to build an asphalt track and a place for kids to play in the back of Glendon School, because it was an unusable area before. To have that idea come to fruition has been unbelievable for the kids and community,” Galatiuk expressed.

The project officially broke ground In June of 2019.

One of Galatiuk’s main goals as a coach is to ensure student-athletes from Glendon School have the opportunity to do as much as they can, despite being from a small school.

“It should never feel like they’re less than anyone else. That’s kind of been my priority all along is to make sure that kids don’t feel like they have to leave and think ‘oh, we don’t get what we need here.’ Of course you do, we will take care of you, the teachers love you here, and we do well.”

Galatiuk offered his thanks to every student he has worked with since joining Glendon School.

“I appreciate the kids and athletes of the school. Teaching virtually isn’t what I signed up for. I signed up to be with the kids in a gym, to be with kids coaching and practicing and having fun. Not having this right now has really shown me how important they are to me and how important sports are for kids. Over the course of 21 years, I wouldn’t be where I am now if it wasn’t for them.”