The season is over for minor hockey across the Lakeland and the rest of Alberta.
Feb 2, 2021 9:14 PM By: Rob McKinley 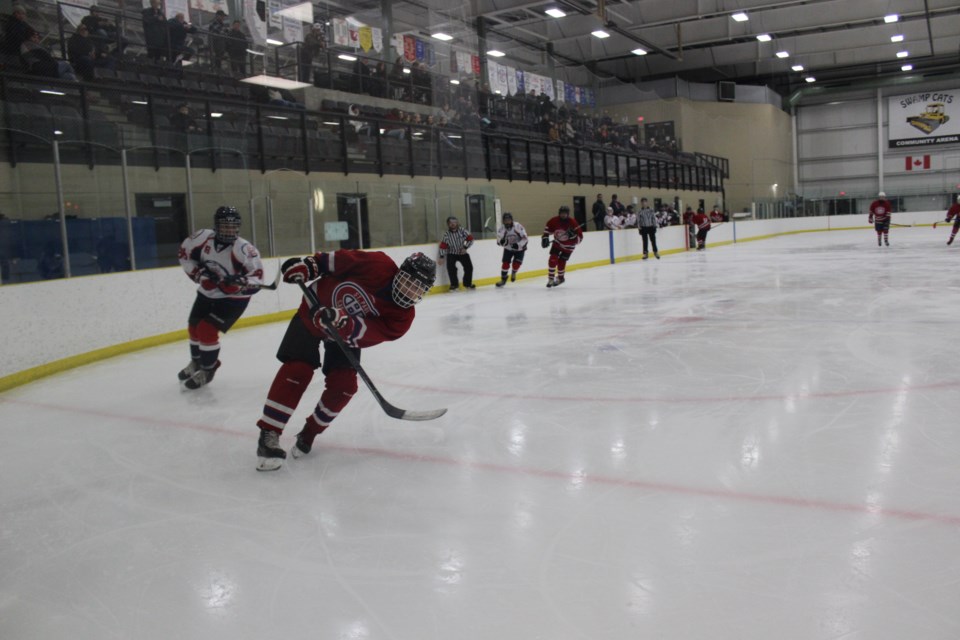 The 2020-21 season has come to an official end for minor hockey teams from across the Lakeland and the rest of Alberta. File Rob McKinley.

LAC LA BICHE - The season is over for minor hockey across the Lakeland and the rest of Alberta. Late Friday afternoon, Hockey Alberta officials formally cancelled the 2020-21 season, citing provincial mandates that would likely see restrictions on team activities continue to at least March.

In a statement issued Feb. 2, Hockey Alberta representatives said they are disappointed with the government's continued lock-out of minor level team play. Hockey Alberta officials say they had been discussing relaunch plans with government officials for months, since team play was suspended late last year. Plans are continuing on relaunch strategies for the next season and a possible 'Spring Development' program if restriction are lifted in the coming weeks.

"Our hearts are breaking for all of our players today," said Lac La Biche Minor Hockey Association President Bonnie McDonald In a notice to players and families on Tuesday night.

Forced to cancel the remainder of the season, McDonald said association board members will be meeting later this week to discuss the next steps. Those steps could include a plan for how refunds for the COVID-shortened season will be paid out to families. More details will roll out in the days ahead.

McDonald and the association executive members are thanking volunteers and families for their work during the unusual season.

"Thank you to everyone for their patience during this very uncertain season and we look forward to when we can all be on the ice together again," the notice says in closing.

The league cancellation also applies to AA and AAA teams in the province.

Junior B, C and female and senior leagues have set Feb. 8 as their target for determining if they will continue to plan for playing this season.