BONNYVILLE - Next season, it won't be the echo of past fans in the stands cheering on the Bonnyville Jr. A Pontiacs, it could be the real deal.
Jun 11, 2021 7:30 AM By: Meagan MacEachern 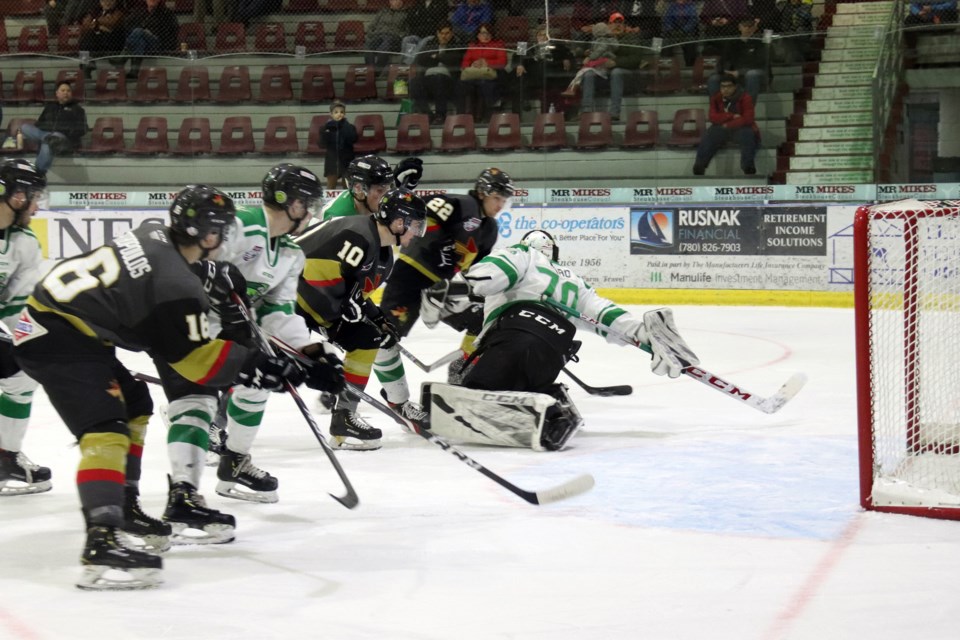 The Bonnyville Jr. A Pontiacs are planning their upcoming season just like any other, after the AJHL released their season schedule.

BONNYVILLE - Next season, it won't be the echo of past fans in the stands cheering on the Bonnyville Jr. A Pontiacs, it could be the real deal.

There is a buzz of excitement across the Alberta Junior Hockey League (AJHL), after they released the upcoming season's schedule, and it looks like it's back to business as usual.

According to Rick Swan, head coach for the Bonnyville Jr. A Pontiacs, based on the province's relaunch strategy, they're anticipating to be allowed a regular season of hockey, of course with the possibility of some restrictions in place.

“As we’ve been told and we’re planning as if it is any other year,” he expressed.

Everything kicks-off with the AJHL Prospects Showcase in Enoch, AB from July 23 to 25.

Training camps start on August 20, with exhibition games on August 27.

“It’s a fun time and it’s an exciting time because we attach the word grateful to everything that we’re doing, because we didn’t have it for a long time,” exclaimed Swan.

This will be a big year for the local AJHL team, who are not only thrilled to be hitting the ice for a full season, but are also celebrating a major milestone.

‘We’re getting prepared for our 30th anniversary as well, which is another massive thing for us to be able to have a full schedule with all kinds of events attached around that 30th year celebration,” Swan stated.

He continued, “Our team is going to be built to be competitive for this upcoming season, I think it will add a sense of fun, excitement, and enthusiasm just surrounding that 30-year anniversary where we can reflect upon the tradition that has been involved in the organization during that period in time."

After last season was cut-short due to a COVID case on the Whitecourt Wolverines, a team the Pontiacs had played just a week prior to the confirmed positive case, they're itching to get back on the ice.

“In Bonnyville, our players were one of the very few teams that were COVID free and that was our goal, ultimately, all along, to make sure that happened,” Swan said. “Every week was sitting on pins and needles, hoping we would have no positive cases that would force us to shut down on our behalf."

He continued, “When Whitecourt eventually did get a positive case and we had close contact the week prior, which ended our season, there was disappointment."

Swan was proud of the resiliency his team showed throughout a COVID season.

“In a COVID year, where you’re together so often your team is just that much closer together, the chemistry and the bonding that we created was unlike any other year, because of the grateful piece and the privilege piece and the everyday matter that this could be the last time before we do get shutdown,” he told Lakeland This Week.

With their 30th anniversary season ahead of them, Swan thinks they're even more eager to get back to it.

"I think our guys would, if they could, start tomorrow,” he added. “We’ve been in touch with them a lot and the excitement is contagious and it has been unlike any year I have been a coach."