Glen Avon School hosted a junior high basketball tournament on Jan. 10 and 11, despite buses being cancelled on Friday due to extreme cold. "We had eight boys teams and eight girls teams.
0
Jan 14, 2020 1:00 PM By: Janice Huser 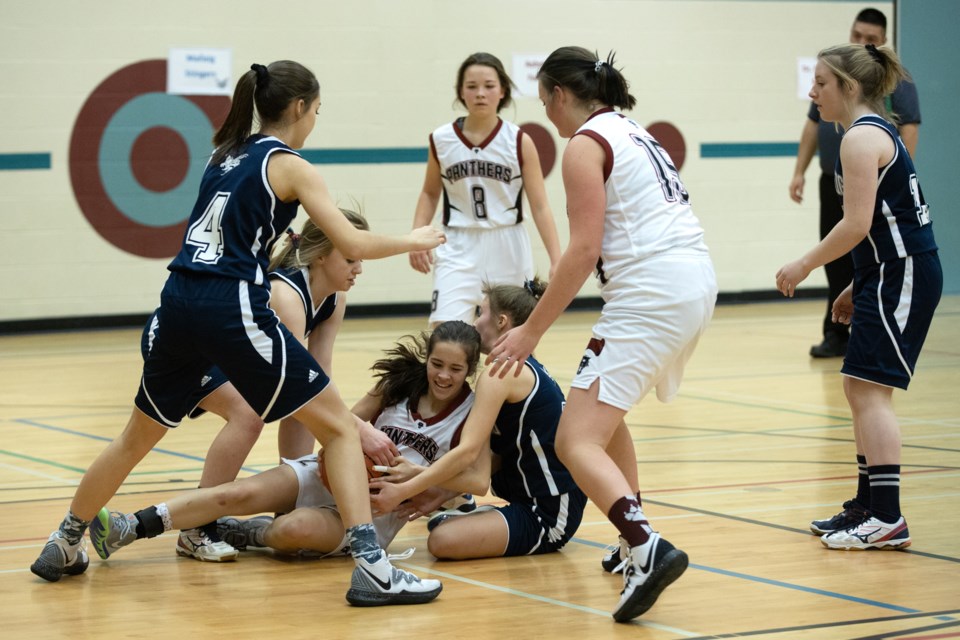 ST. PAUL - Glen Avon School hosted a junior high basketball tournament on Jan. 10 and 11, despite buses being cancelled on Friday due to extreme cold.

"We had eight boys teams and eight girls teams. We were a little worried with the cold weather that the tournament was going to be cancelled, but it all worked out in the end," said coach of the girls' team, Robyn Randall. The Glen Avon girls took on their neighbouring rivals from Racette Jr. High School in the final, with Racette taking the win.

"I just felt fortunate that the tournament was still a go considering the cold weather," said Racette girls' coach Katie Gerlinksy. She added it was a great opportunity to give "these kids a chance to apply their skills and see early on how all the practice they have been doing is applied to the game."

Mallaig School game on third in the girls' side. The girl's teams played at Glen Avon, while the boys' side of the tournament took place at Regional High School.

"There were some great games throughout the weekend. My girls struggled in the final game, and it was unfortunate to lose, but I think it will make them work harder and focus on some of the simple aspects that we had trouble with," said Randall.

On the boys' side, the team also had a great weekend, playing hard but also falling a bit short in the final, losing to Holy Rosary out of Lloydminster.

FG Miller School out of Elk Point took third place on the boys' side.

The game runs in his veins
Jan 17, 2020 10:00 AM
Comments
We welcome your feedback and encourage you to share your thoughts on this story. We ask that you be respectful of others and their points of view, refrain from personal attacks and stay on topic. To learn about our commenting policies and how we moderate, please read our Community Guidelines.