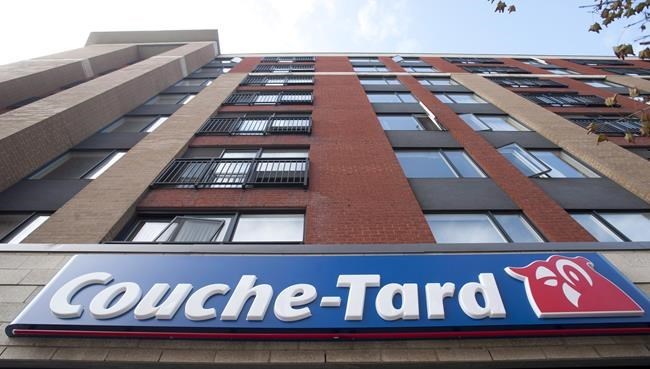 Alimentation Couche-Tard Inc. beat expectations as it capped its fiscal year with profits nearly doubling in the fourth quarter despite a revenue decrease mainly due lower fuel demand because of COVID-19.

Our agile, decentralized model and advancements in operational excellence allowed us to face the unprecedented challenges of the COVID-19 crisis and fare far better than many other businesses."

Reporting in U.S. dollars, Couche-Tard results were affected by a pre-tax gain of $41 million on the sale of its U.S. wholesale fuel business, a $22.8 million foreign exchange gain and $4.6 million adjustment on deferred taxes.

Excluding one-time items, adjusted profits were $521 million or 47 cents per diluted share, up from $289 million or 26 cents per share a year earlier.

"We also had a strong fourth quarter with positive traffic trends to begin with before we endured significant decline in traffic and fuel volumes with the pandemic stay-at-home orders implemented across our global footprint," Hannasch added.

He said customers changed their shopping behaviours by purchasing more at each visit, including more impulse and emergency items.

Merchandise product demand shifted during the pandemic, which hurt margins.

The retailer was expected to earn an adjusted profit of 43 cents per share on $9.36 billion of revenues, according to financial markets data firm Refinitiv

Fuel margins rose to a record 46.9 cents US in the United States and were high in Europe and Canada as well, Dley added in a research note.

"With consolidation likely to accelerate over the next six to 18 months, in our view, we believe Couche-Tard is in an advantageous position to take advantage of what is likely to become a 'buyers' market," he said.

This report by The Canadian Press was first published June 29, 2020.

Companies in this story: (TSX:ATD.B)