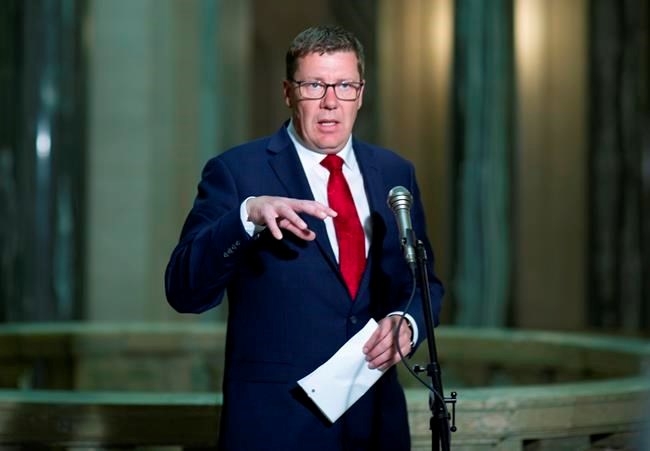 REGINA — Saskatchewan Premier Scott Moe says details are coming soon on when nearly all businesses in the province will be allowed to reopen, signalling an end to the financial support to get them through the COVID-19 pandemic lockdown.

Moe said many businesses are already operating again, except for some like bingo halls and casinos.

The premier said specific dates on when more COVID-19 restrictions can lift is to be unveiled Tuesday.

"These last few months have not been easy for any business whether they've been open or not," he said.

Moe said that with the reopenings, the government's $50-million emergency program for small and medium-sized businesses, designed to provide relief to those forced to close because of provincial COVID-19 restrictions, will be winding down.

"It would be coming to a close here as most of our businesses would be able to be open now."

The Opposition NDP said the Saskatchewan Party government has spent about $27 million of the program's $50 million funding and that applications have been rejected because its parameters are too narrow.

Moe said the intention of the grants was clear and, as compared to elsewhere in Canada, many people were able to keep working during the pandemic.

"We haven't been impacted quite as much as some other provinces," he said Monday.

Saskatchewan reported one new case of COVID-19 on Monday in the far north region, bringing the province's total to 779 infections. So far, 679 people have recovered and 13 have died.

Moe said the small business grants were in addition to the relief programs announced by the federal government to which the province also contributed.

The premier said as of right now there's no more provincial support on the horizon to help cushion the impact of the pandemic, but stated nothing is off the table if Saskatchewan gets hit with a second wave of cases that requires another shutdown.

"For the short term what we see is what we have put out to support our businesses."

The provincial government has already announced it will spend an extra $2 billion on infrastructure over the next two years in an effort to stimulate the economy and create jobs as Saskatchewan recovers from the pandemic.

This report by The Canadian Press was first published June 29, 2020